This is a month owned by holiday entertainment, but before we get into that, keep these profiles in mind. This Is Bob Hope, a new American Masters biography of the legendary comedian, premieres Friday, December 29, at 8 p.m. The documentary follows Hope’s career through decades and across various media, as well as on countless USO tours. Monday, January 1, at 11 p.m., The Untold Tales of Armistead Maupin on Independent Lens features actors Laura Linney, Olympia Dukakis, and Ian McKellen; and writers Neil Gaiman and Amy Tan—as well as Armistead Maupin himself—discussing his life and work. The film received an Audience Award at the 2017 SXSW Film Festival. 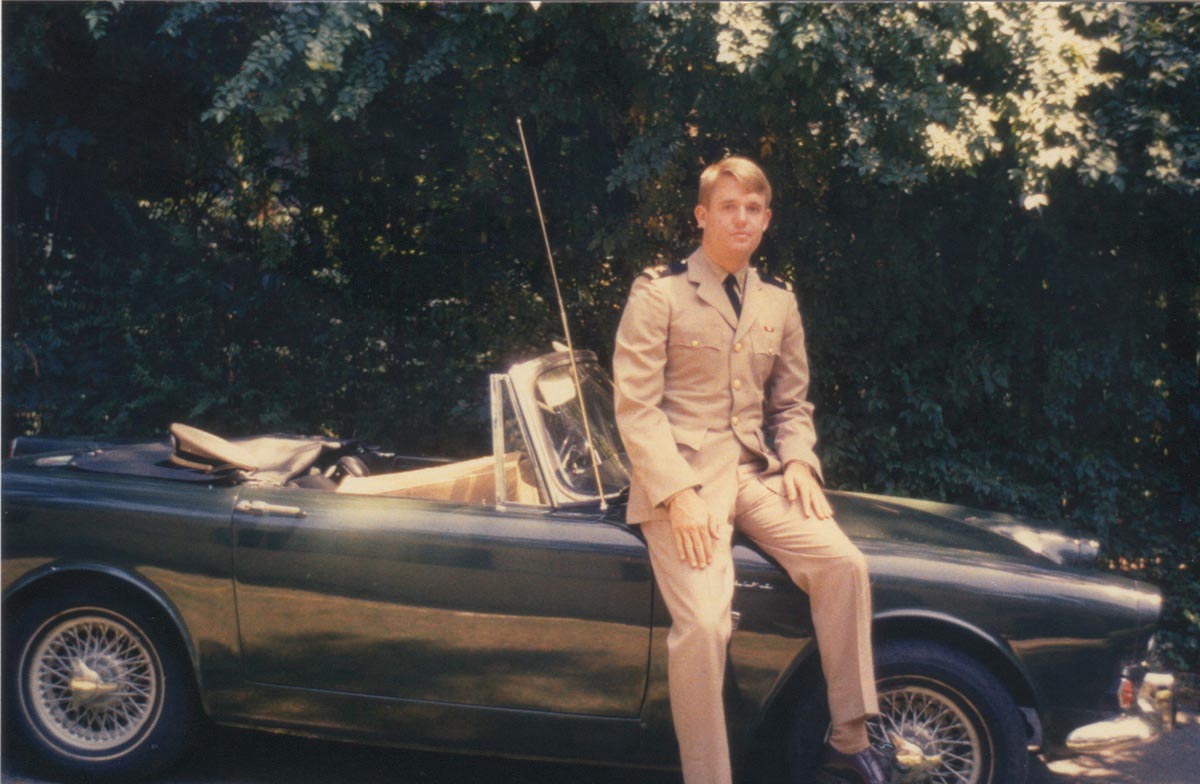 New takes on The Nutcracker are as much a part of the holidays as, well, attending a performance of The Nutcracker. In 2016, Chicago’s Joffrey Ballet incorporated the 1893 World’s Columbian Exhibition (also the inspiration for Erik Larson’s The Devil in the White City) into Tchaikovsky’s beloved ballet. Instead of a world of sweets, young Chicagoan Marie dreams of a completed and magical fairground. Making a New American Nutcracker, airing Tuesday, December 19, at 11 p.m., shows how the company created the work and includes interviews with dancers, critics, and Chicago mayor Rahm Emanuel, a former dancer himself. Tony Award-winning choreographer Christopher Wheeldon, set and costume designer Julian Crouch, and Tony Award-winning lighting designer Natasha Katz are also featured. 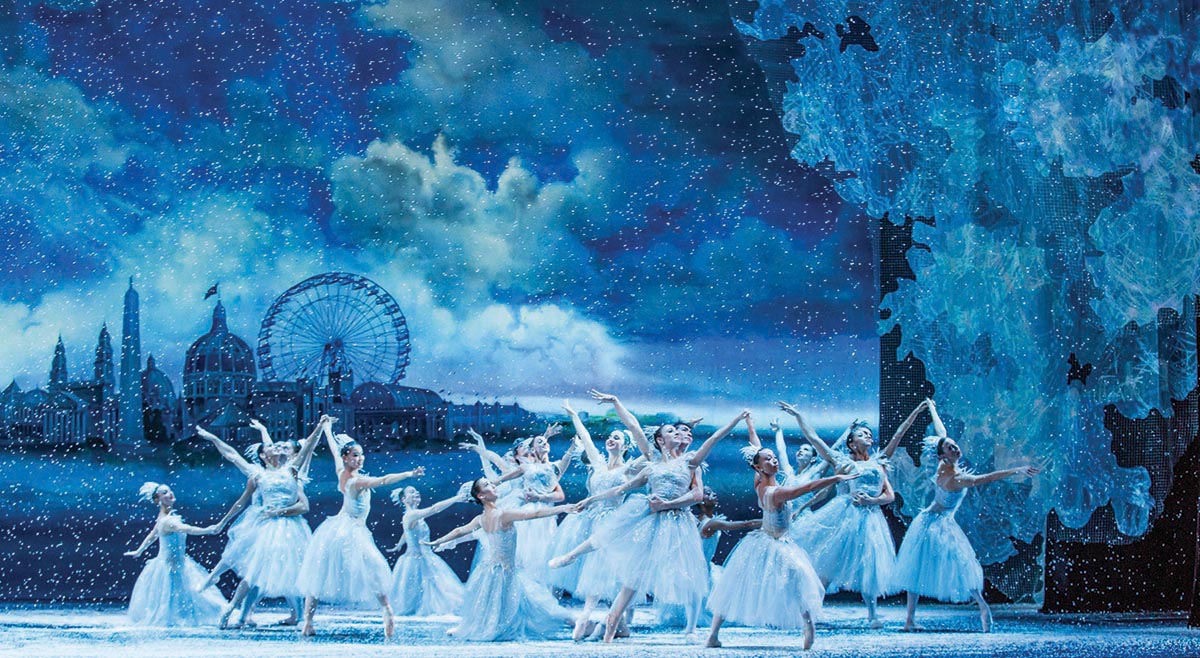 The Joffrey Ballet performs “The Waltz of the Snowflakes” in Making a New American Nutcracker; Photograph by Cheryl Mann

Dickensian also upends a popular holiday story, blending elements of A Christmas Carol and other works by Victorian superstar Charles Dickens. The story unfolds Saturdays at 8:30 and 9:30 p.m., beginning December 16.

In the Call the Midwife Holiday Special on Monday, December 25, at 8 p.m., the nuns and nurses of Nonnatus House help Poplar through the coldest winter in 300 years. Last Tango in Halifax delivers its usual complement of daughter drama in a two-part holiday special, airing Sunday, December 17 and 24, at 7 p.m.

Christmas at Belmont returns this year with host Sheryl Crow along with nearly 700 Belmont University students, faculty, and special guests. Featuring holiday favorites and other music, the biannual performance was recorded at the Schermerhorn Symphony Center and will be broadcast on PBS stations across the country. NPT’s premiere is Thursday, December 14, at 8 p.m., and the special will air several times over the holiday season. Tenor Rolando Villazón is the guest artist for Christmas with the Mormon Tabernacle Choir, premiering Friday, December 15, at 8 p.m.

David Gilmour: Live in Pompeii chronicles the guitarist’s return to the Roman amphitheatre where Pink Floyd performed a legendary concert in 1972. The show airs Tuesday, December 5, at 8:30 p.m. Guitar hero Tommy Emmanuel is back with A Music Gone Public Special, premiering Thursday, December 7, at 7 p.m. and featuring his performances around the country. On Friday, December 29, at 11 p.m., Live from the Artists Den features Lady Antebellum performing in Manhattan’s United Palace. 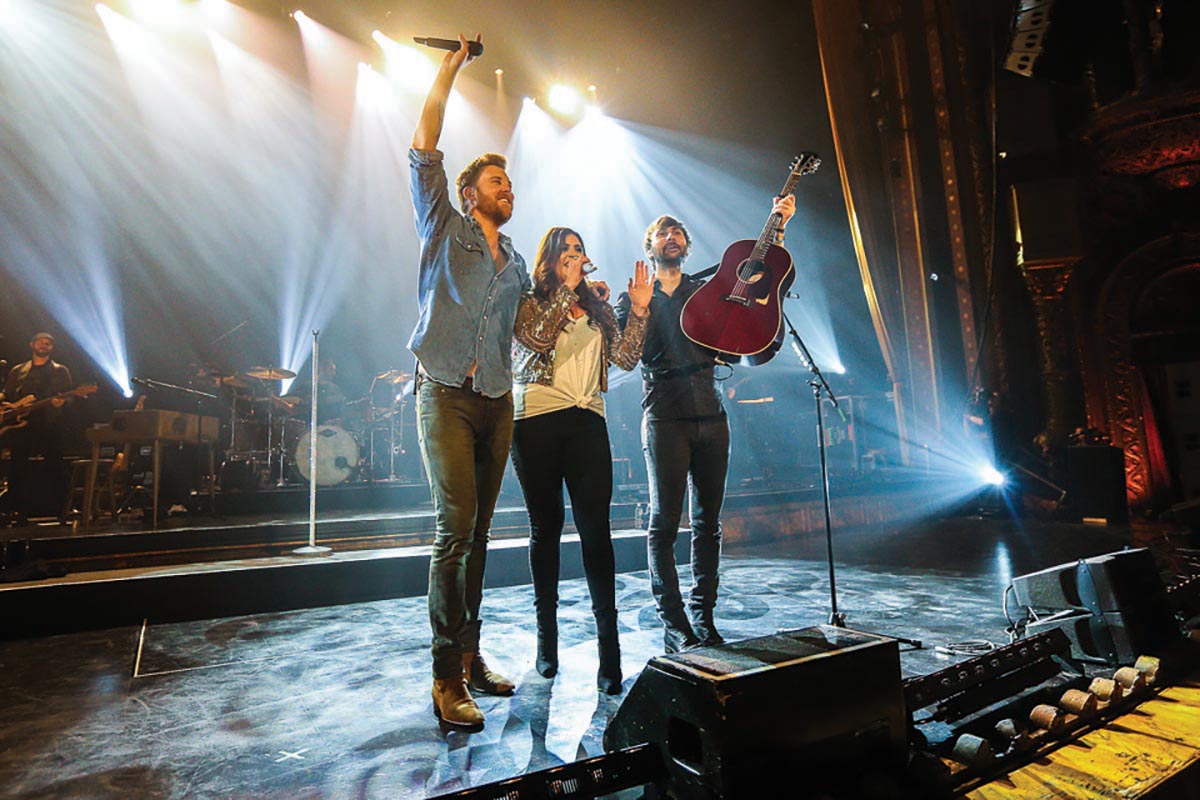 Lady Antebellum performs on Live from the Artists Den; Photograph by Joe Papeo