“All of us look for purpose and inspiration in our lives. For me, this has given me both and enriched many areas of my life.” That about sums it up for Anne Goetze, Leiper’s Fork artist, in speaking about her current work Pray to Love, which has made its way back to Nashville after a journey around the U.S. The exhibit, inspired by and featuring Goetze’s aunt, a life-long closed-cloister nun with the Visitation Order in Annecy, France, made its original Nashville area debut at the Customs House Museum in 2015. 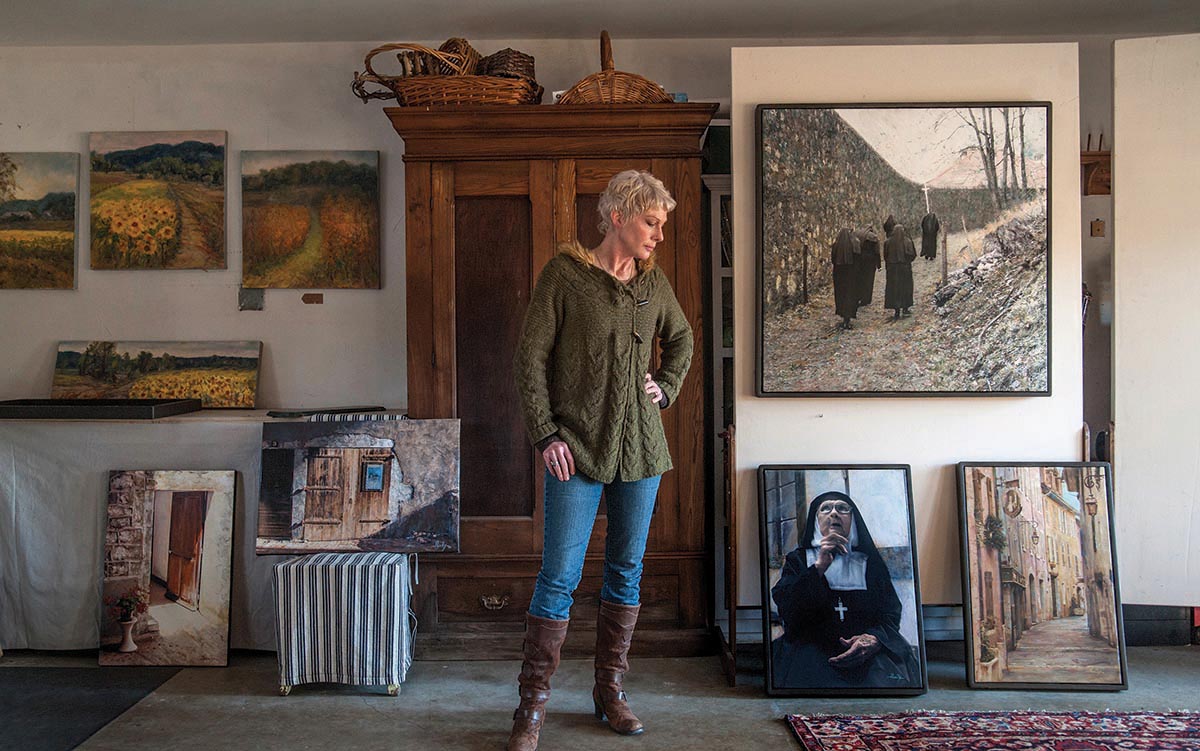 The exhibit’s (as well as Goetze’s) journey began when Mother Superior stumbled upon an article about the show in Nashville Arts Magazine and asked Goetze if she would like to show the series at the monastery in New York. Since then, the exhibit has made its way to monasteries and religious universities all over the United States. When I ask if there are plans to travel internationally with the exhibit after coming home to Nashville, Goetze says, “It needs sponsors to get it to Annecy. It needs the Pope.” Considering our current and very forward-thinking Pope, I imagine this to be a very achievable dream. 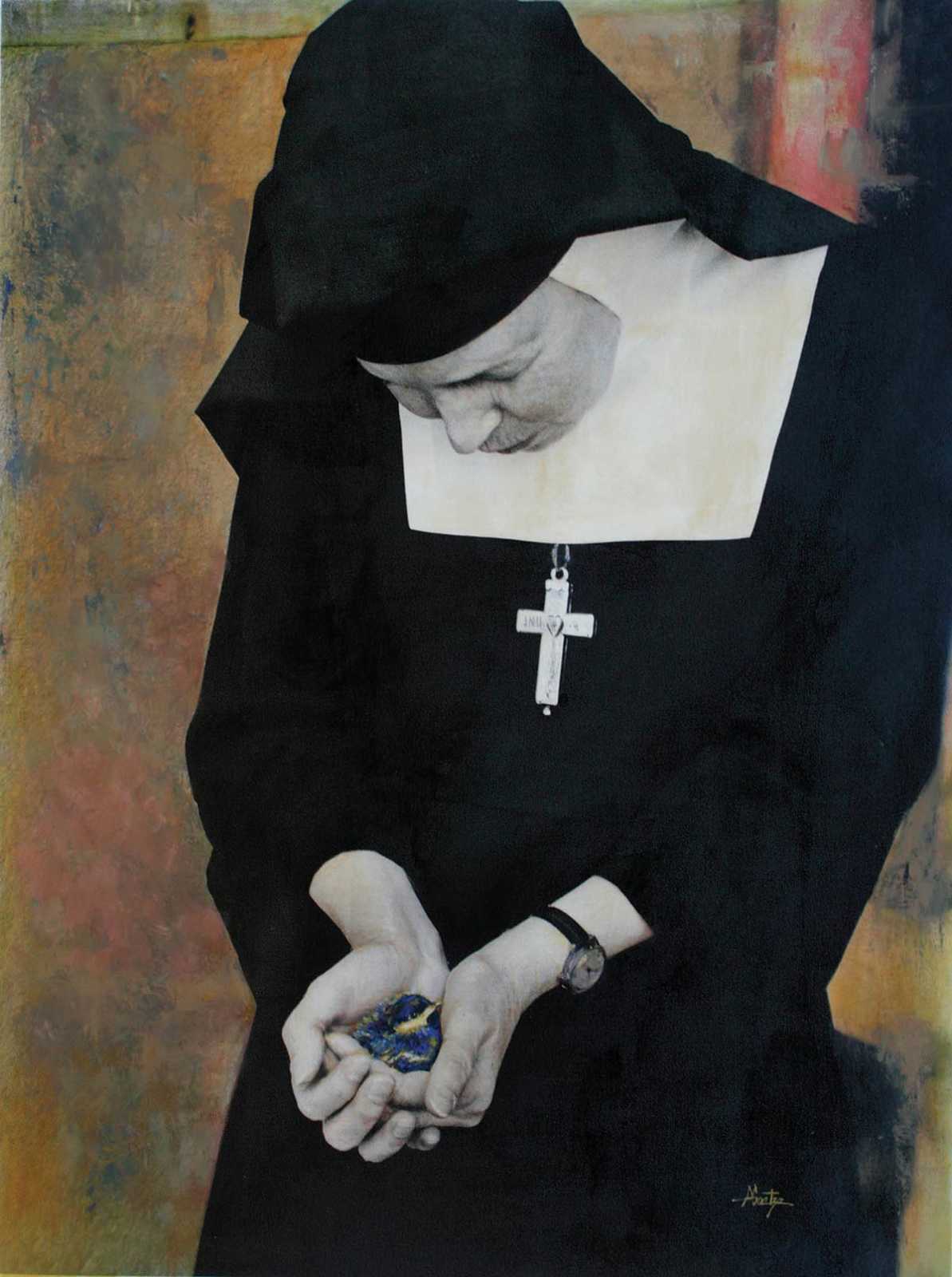 Pray to Love depicts the consistent acts of stillness by the nuns, as well as the quiet and peaceful landscapes that make up the town that surrounds them. It invokes something in its audience that goes beyond schedules and technology and the busyness and “doing” of our outer lives. When I ask Goetze what she admires most about her aunt and the other nuns, she says, “How tough these little women are. How they live is not easy. Anyone who tried to do that for a few months would find it tough. They are doing it day in and day out.” It bears noting that what she admires most is the stillness and contemplation we all need in order to live complete and whole lives as humans being. As our culture is currently largely adjusted to the act of doing, it’s no wonder we find being so difficult and have such respect for those who practice it in the extreme.

As a result of this respect, Goetze’s work on this series demanded a process as powerful as her subjects. “It starts with the photographs, and then everything else is done by hand. I do use digital nowadays, but only because it gives me the freedom to go larger than I could with traditional film processed in a darkroom,” she says. After that, she adds layers, glazes, and then oil paints. As we delve further into her process, Goetze reveals that when she is creating, she carefully studies the photo to decide which parts she wants to bring out and which parts she wants to subdue. I can’t help but continue probing into her process of these hauntingly reverent pieces, so I ask her if she ever notices a recurring theme in the aspects of the photos she chooses to augment. “The light!” she exclaims. “The light from a crack in the doorway or the light reflecting off of the large crosses. The light brings me a peace within what I’m doing and reminds me of my own faith.”

If you’re interested in bringing more stillness into your own busy life, I urge you to make your way to Monthaven Arts and Cultural Center in Hendersonville, where you can let the energy of these powerful pieces infuse your soul through January 5. 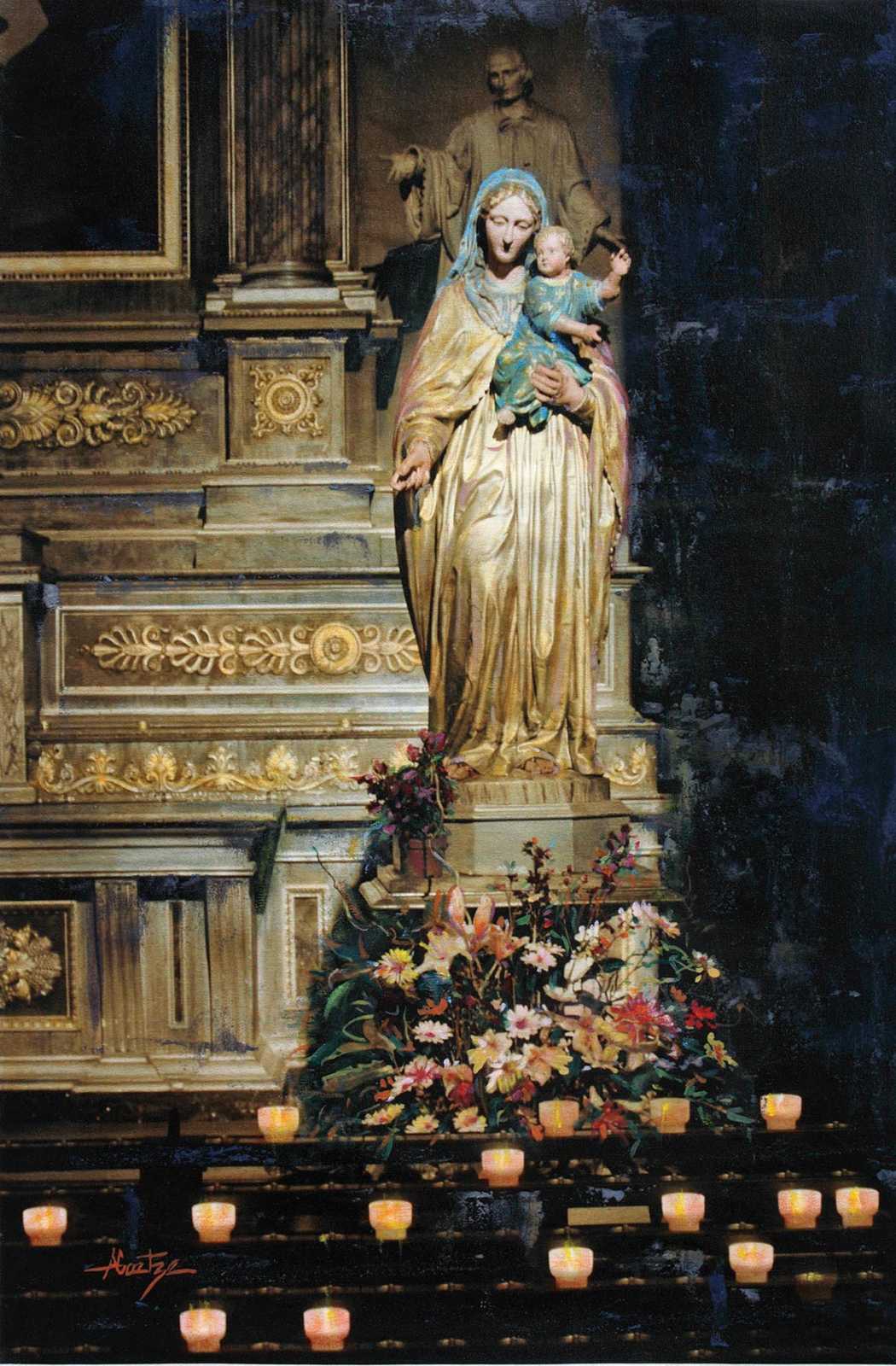 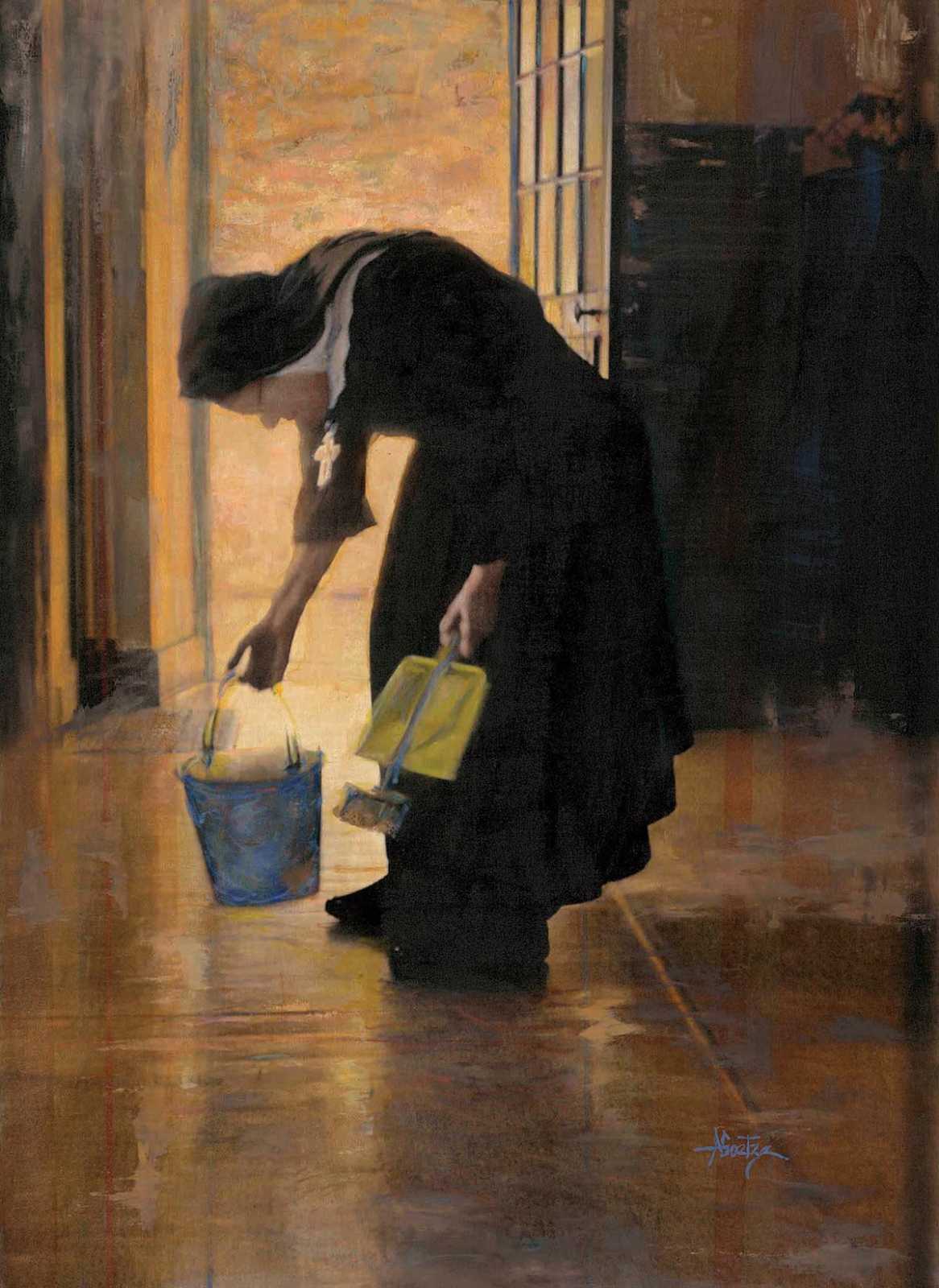