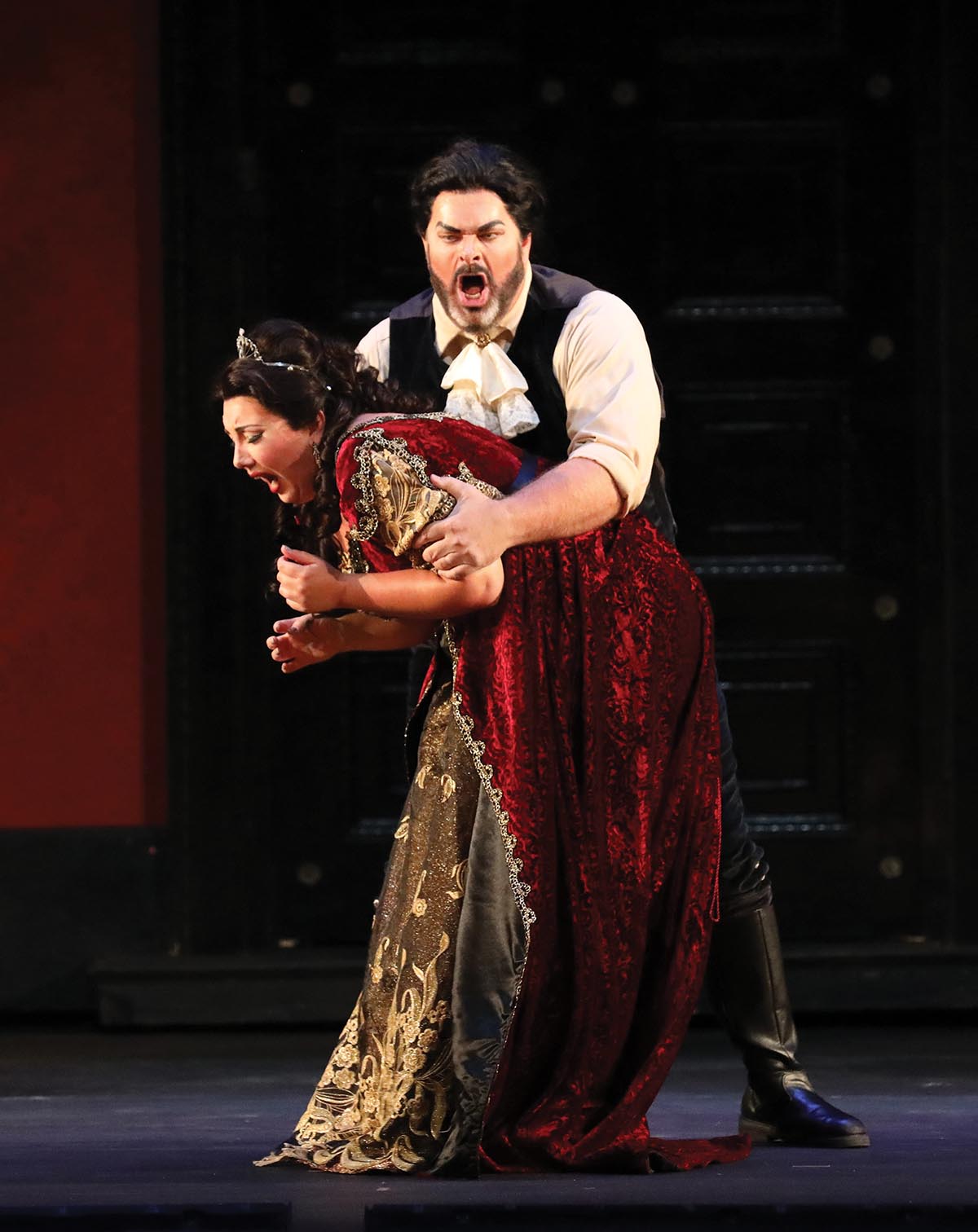 Long-ago musicologist Joseph Kerman famously, and perhaps unfairly, described Giacomo Puccini’s Tosca as a “shabby little shocker.” I prefer Donald Grout’s more measured judgement that Puccini’s talent was his ability to perfectly match his “ends to his means,” that is, tailoring his libretto to his compositional strengths— beautiful melody and dramatic instincts. It was to these strengths that the Nashville Opera played when it opened its season with Tosca on October 5 and 6.

In Tosca, these strengths play out in the long, dramatic crescendos that characterize the expanse of each act, and Nashville’s music director Dean Williamson marked these ascents with patience and great skill. The first act, with its simple, even comic beginning, leads slowly to a climax with the majestic Te Deum, sung well on Saturday by Amy Tate Williams’s impeccably prepared chorus. In the second act, the crescendo begins with the torture motive in the low flutes, played with sinister relish by Deanna Little, leading to Floria Tosca’s famous “Vissi d’arte” impossibly performed by the majestic Jennifer Rowley while lying on her stomach. Rowley’s genius is connecting her exquisite voice to her character’s development. As Tosca abandons her childhood idealism under the pressure of the villainous Scarpia (played well by a menacing Weston Hurt), you can hear the worldly, pragmatic woman emerge.

In the third act, the climax begins in the moments before “E lucevan le stele,” the intimate cello divisi section led beautifully by Michael Samis and the aria’s clarinet solo played with a sense of fated nostalgia by Todd Waldecker. This crucial aria was sung with abandon and a warm brassy tone by tenor John Pickle. Apart from an overly dark set in Act One, and a ridiculous bloody gesture added at the end (why is Tosca’s felo de se never graphic enough anymore?) the production was a remarkable success, especially for Rowley. Luck would have her in such fine form for her reprise of the role at the Met in January.