On a Friday afternoon, Susan DeMay is the last person left in the E. Bronson Ingram Studio Arts Center, and the entire facility seems to belong to her. As she moves, so does the studio, exposing work hidden within kilns and radiating color from the walls. Her affection for this place is braided with years of labor: She began teaching at Vanderbilt while maintaining a private studio in the eighties. On November 2, she’ll celebrate her decades of craft with a show at The Clay Lady’s Co-Op, which will feature entirely new work. 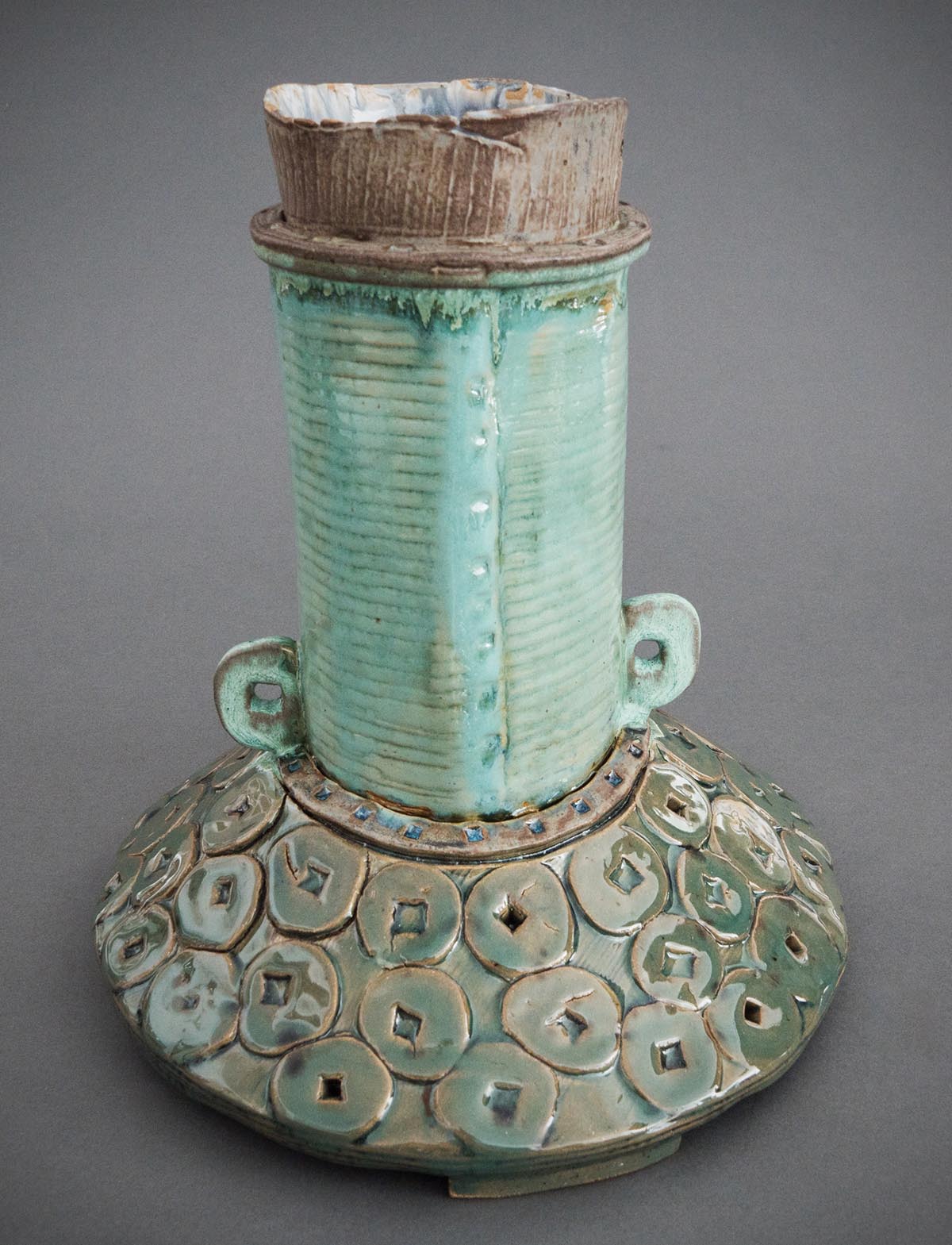 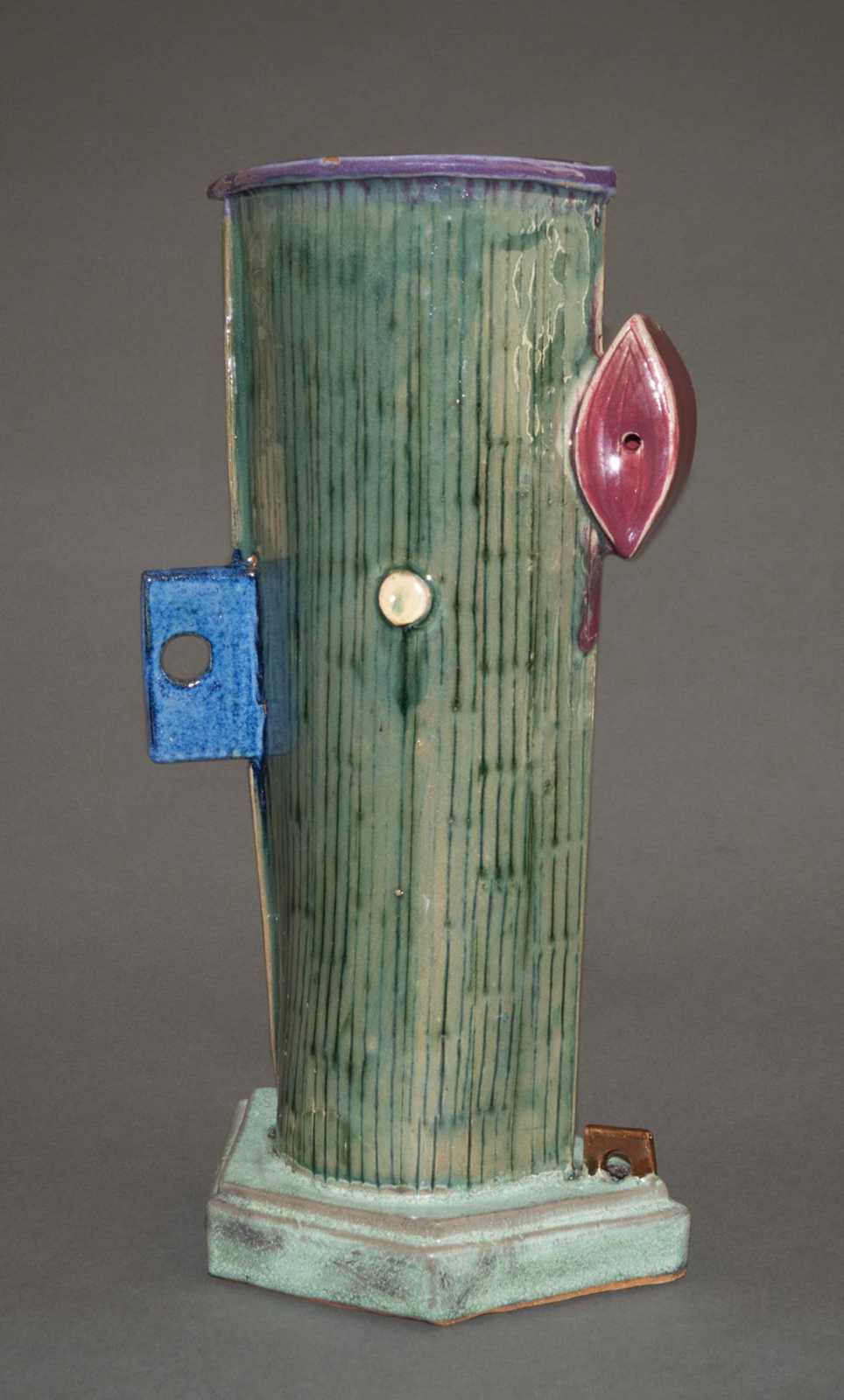 “Yeah,” she says, “I don’t want to do a retrospective.” Considering her career, this should come as no surprise. DeMay has rambled across various artistic influences, methods of construction, and subject matter for years. One of the only constants in her practice has been her involvement in community, which she describes as being the whole of Middle Tennessee. Readily, she ticks off a list of around eight regional cities and towns that she’s shown work in. Aside from Nashville, she’s particularly active in Smithville, where she maintains her private studio. There, she’s contributing to local heritage: Brides have set up registries to receive her dinnerware, and one family boasts four generations of DeMay collectors.

Her work wasn’t always so well-received, though. When she was a student at the Appalachian Center for Craft, “It was really a no-no to do color on your pieces. It was really a no-no to do motifs on your pieces. I was ridiculed at the craft center by the guys, because I didn’t do brown pots with calligraphic imagery. I didn’t do wood firing.” At one point, her fellow students built a hideous effigy of her in the studio. When she came upon it, she had to cart the clay away herself.

“It’s not a leap to say that DeMay’s work is symbolic of the strength of its maker. While well-rooted in whimsy, it finds its teeth in stalwart foundation and technique.” 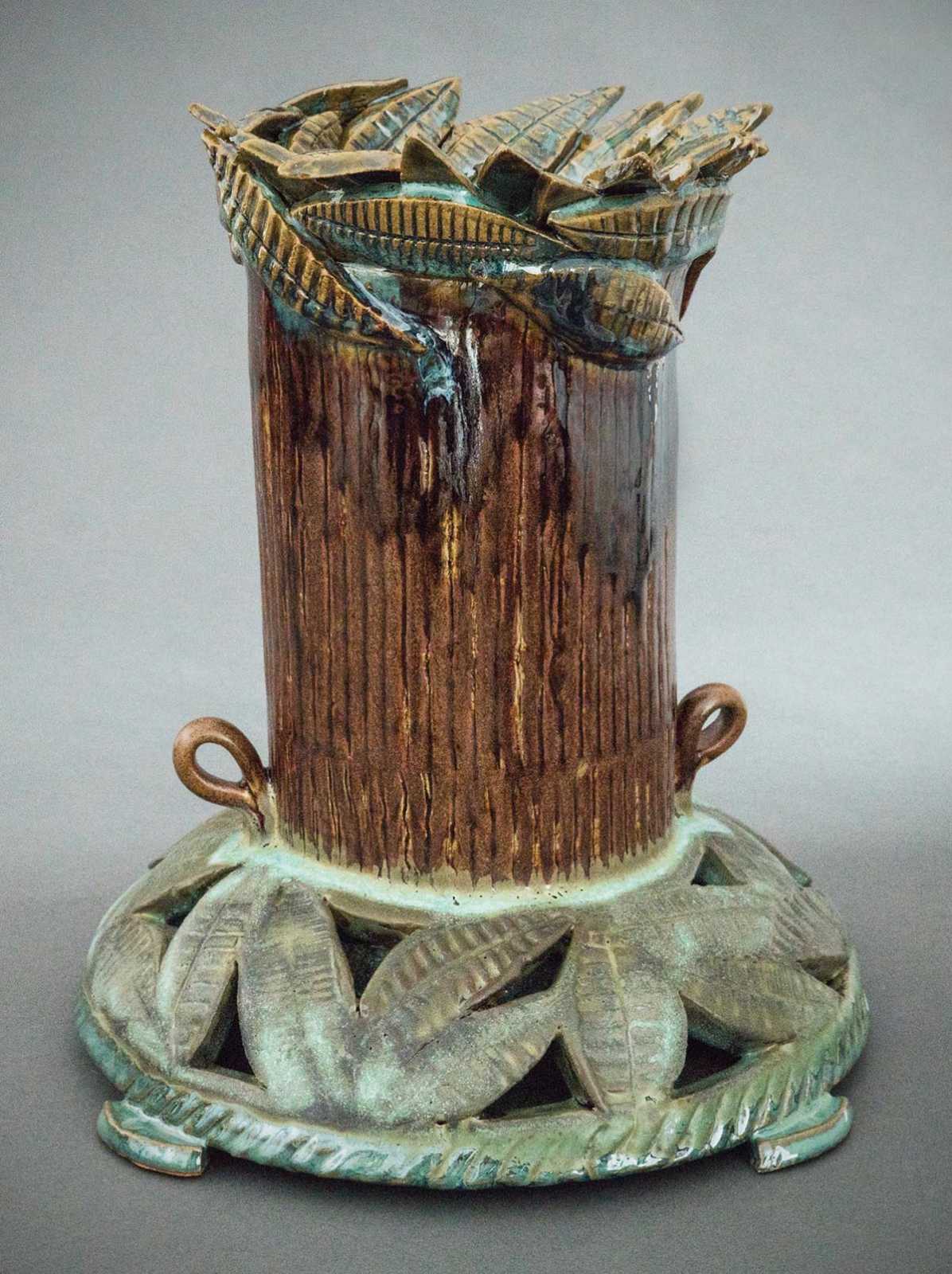 Despite this harassment, DeMay refused to compromise her aesthetic ideology. “It was a lot about survival,” she explains. “There was always a lot of pressure to keep some kind of support coming in.” Her persistence was rewarded; not only did she go on to carve a niche for herself in the territory between Memphis and primativist movements, she also became the main breadwinner for her family.

This success was built on a body of work that has included everything from functional production lines to unique sculptural works, and though there are specific forms and motifs that she is recognized for, ultimately DeMay worships at the church of idiosyncrasy.

She describes her approach kaleidoscopically: “My work is an expression of things that I encounter and embrace.” DeMay alchemizes visual elements as disparate as battlements and quilts, teeth and pyramids, boats and trees, and recasts them into small, obscurely familiar abstractions. She embeds bright pops of primary color into wider swaths of earth tones and layers these on forms that seem at once pillowy and stony, feminine and masculine. “I don’t have a primary source,” she reveals about her influence, “Except I can say that my process influences how I work and what kinds of imagery I might look for in the outer world.”

In the new series, this synthesis periodically results in the development of closed vessels. Their hollows, unable to be touched or glimpsed, quietly serve as a metaphor for DeMay’s narrative style. She insists that she’s uninterested in making work about herself, preferring formalist expression to sadomasochistic soul searching —but can formal pursuits ever manifest aesthetic purity? Or do their investigators always impart traces that alter the light around them? 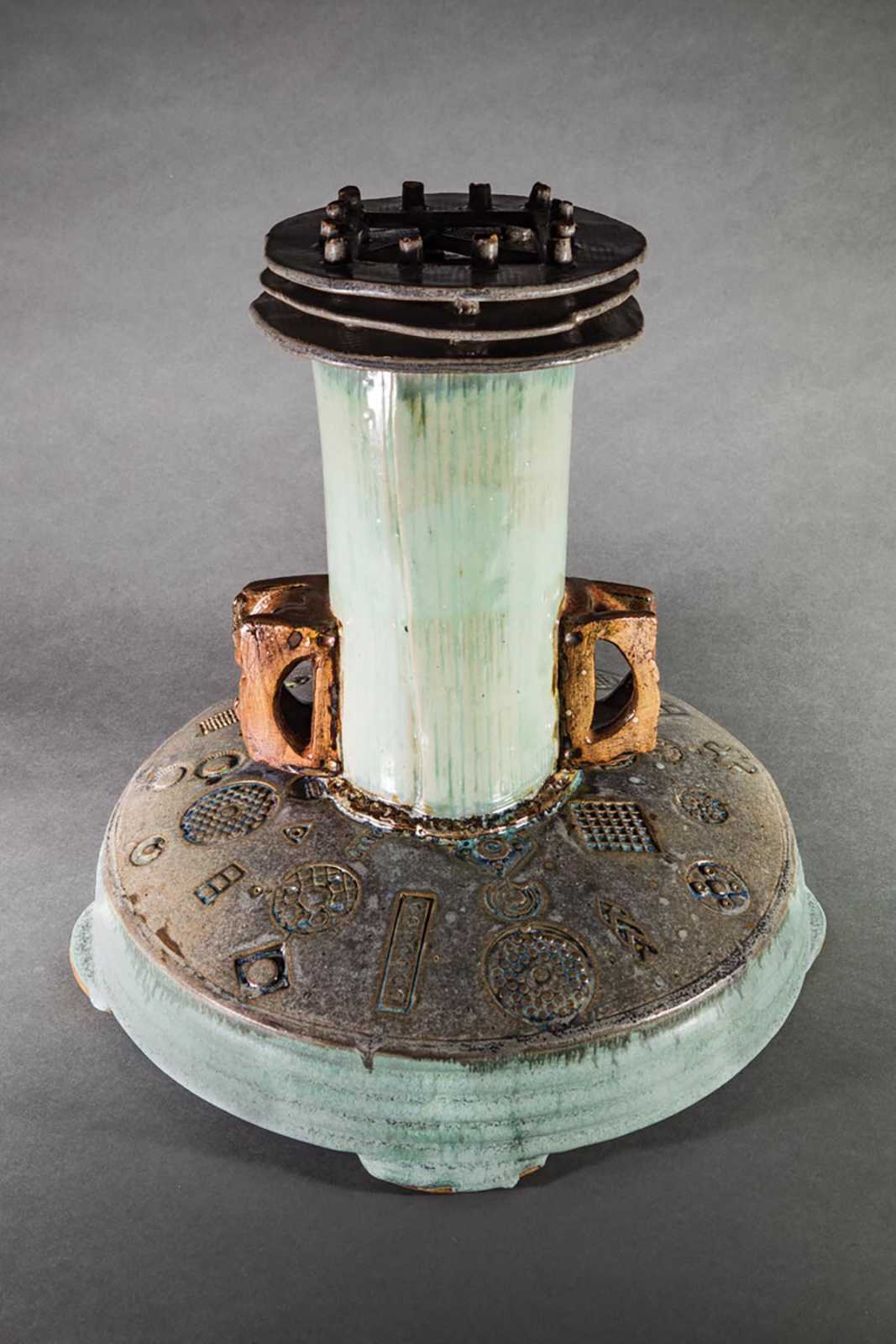 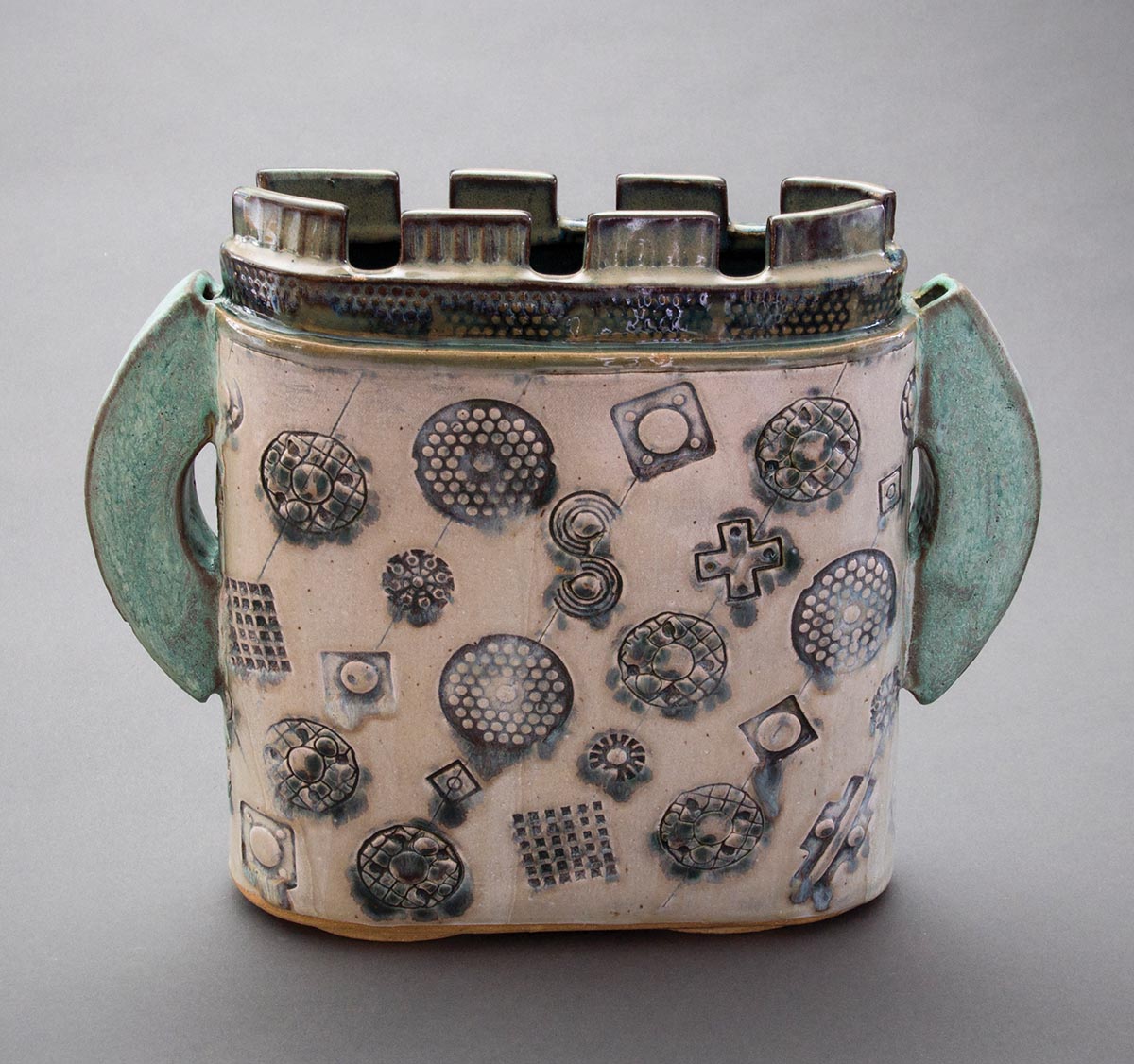 It’s not a leap to say that DeMay’s work is symbolic of the strength of its maker. While well-rooted in whimsy, it finds its teeth in stalwart foundation and technique. Even her most sculptural works are influenced by functional methods of construction and built with stoneware, because of the medium’s durability. Such utilitarian materiality echoes the persistence and grit with which DeMay has conducted her career and goes on to reflect the rich dichotomy inherent in her practice: “I latch onto anything I want to and then develop it, but I also cannot escape myself.” 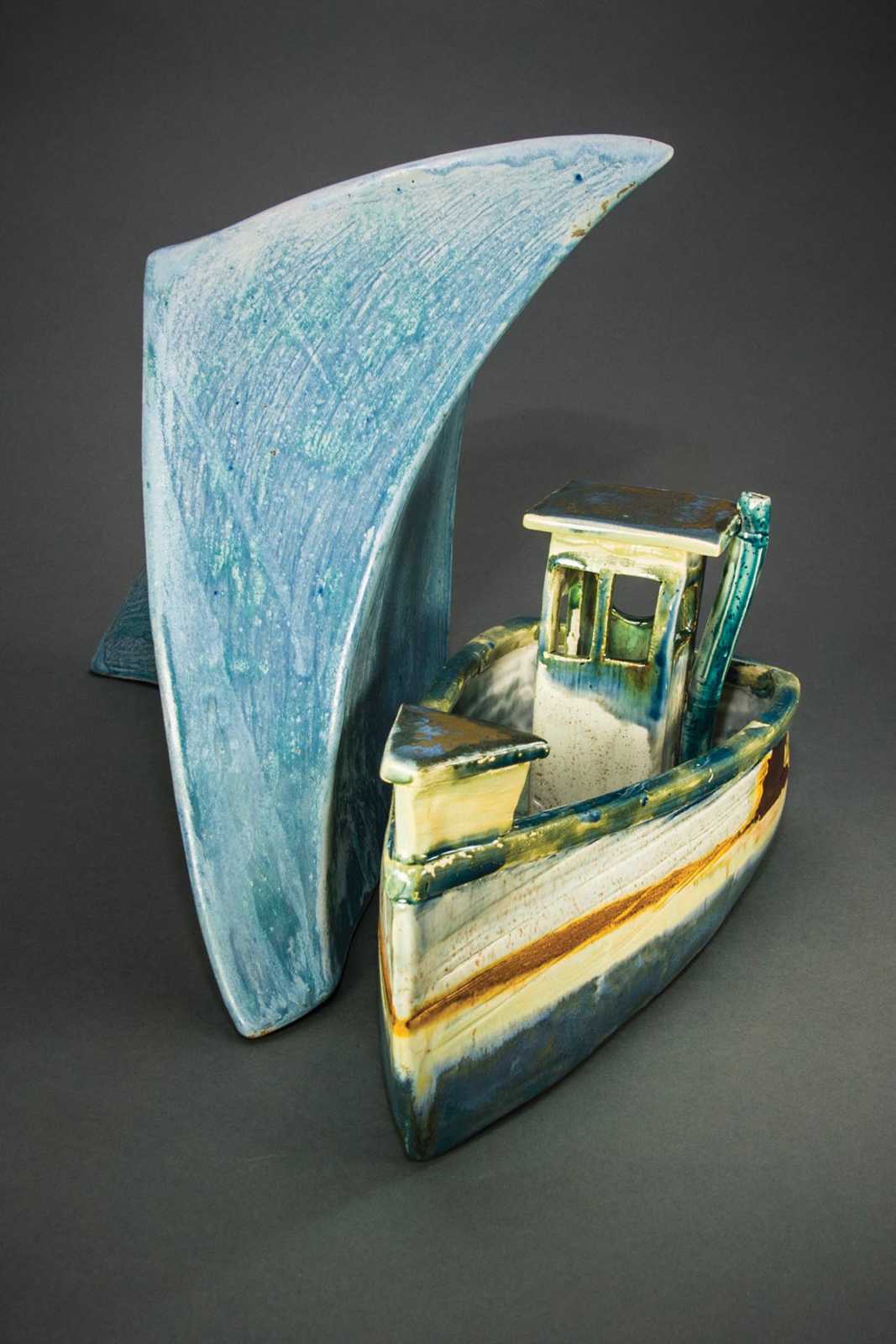 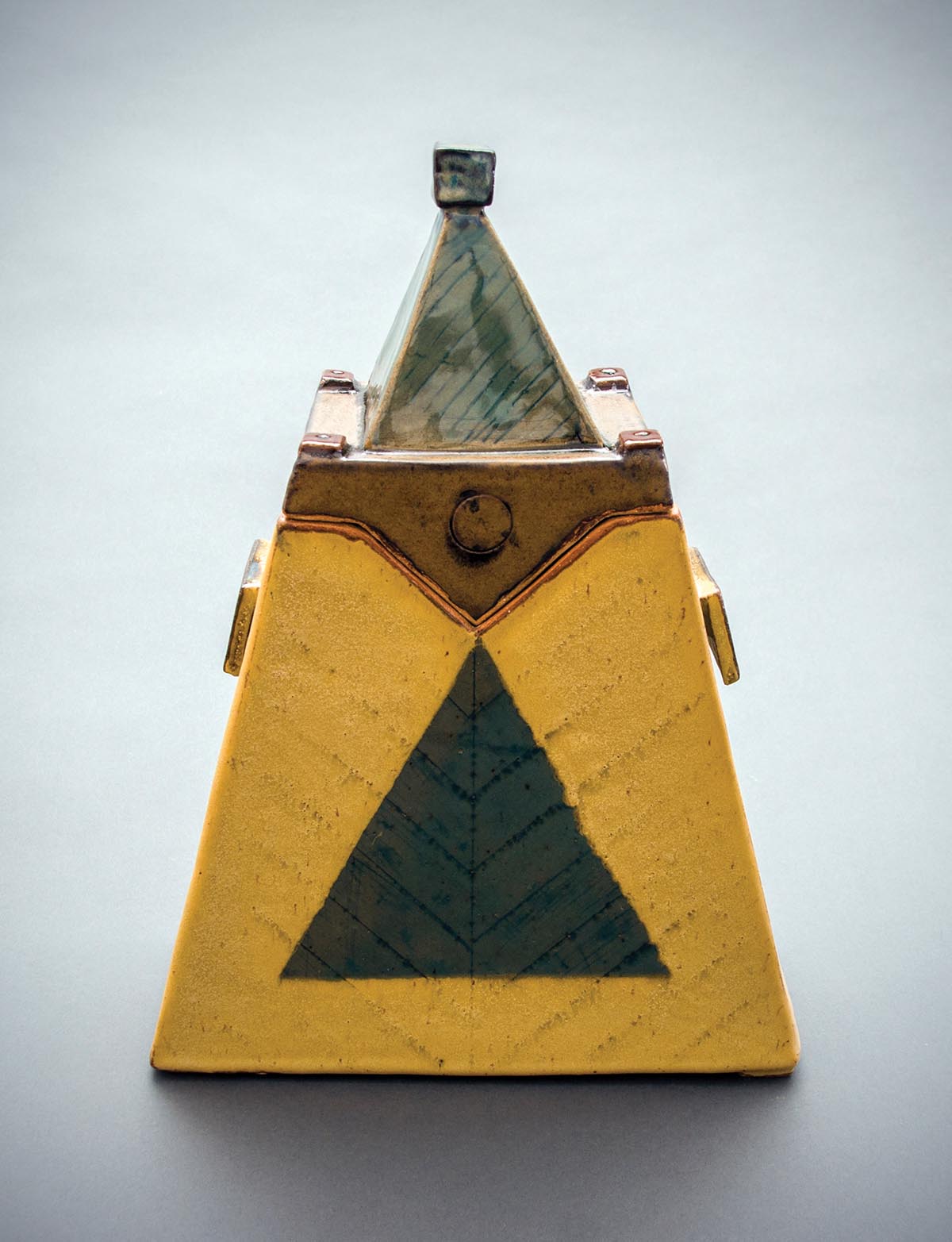 DeMay’s distance from personal narrative allows her a kind of freedom that can’t be enjoyed by the artists of that tradition, in that she is not self-consciously attempting to frame her own experience, but allowing it to passively come to the surface. She finds purity not in a formalism unattached to narrative, but in a narrative unattached to calculation. Ultimately, DeMay’s show at The Clay Lady’s Co-Op demonstrates more than the tenacity it takes to honor over thirty years of original work—it also reveals the persistence of self within formal exploration. 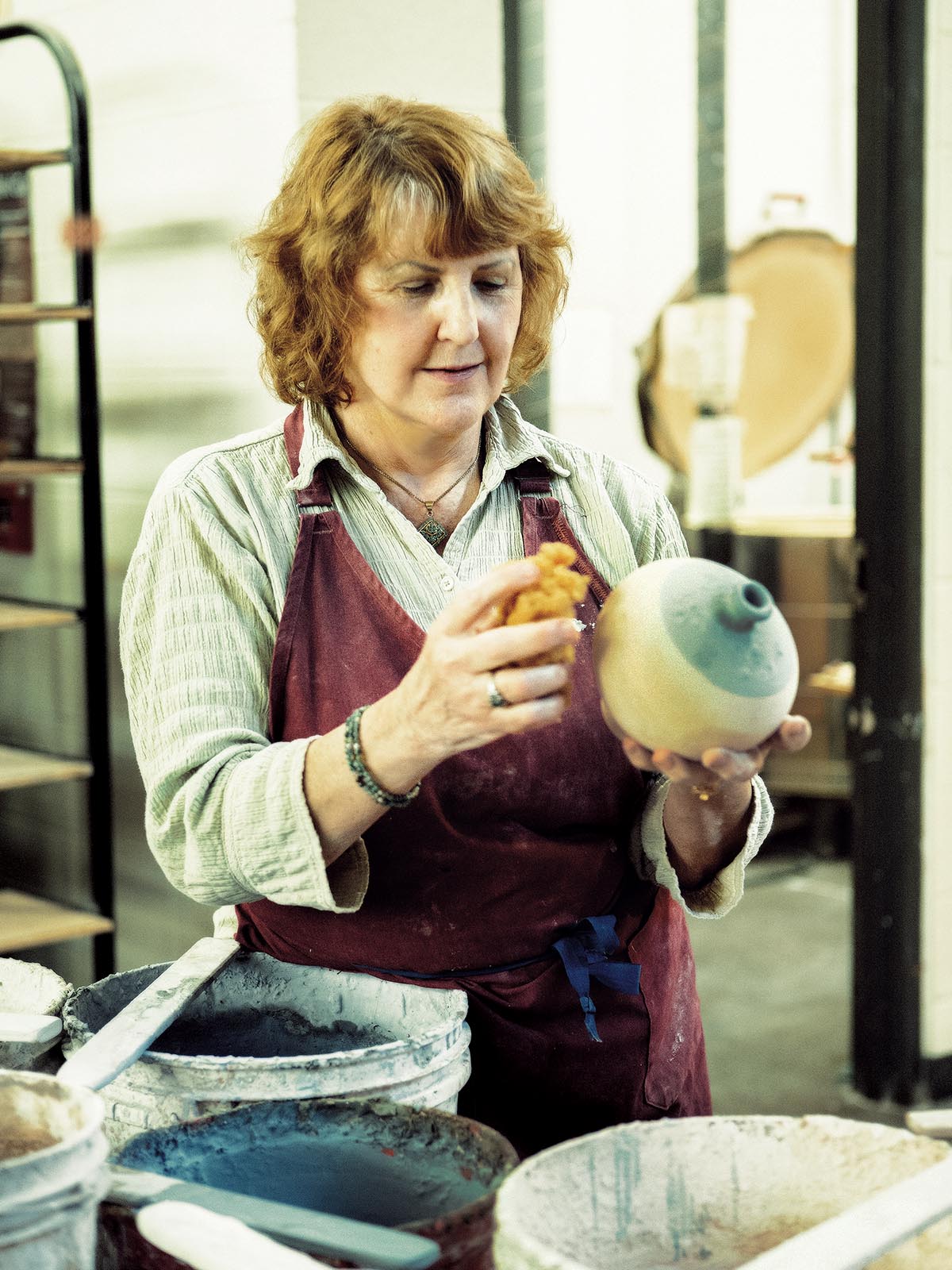 Susan DeMay in her studio; Photograph by Gina Binkley

DeMay’s show at The Clay Lady’s Co-Op opens with a reception on November 2 from 5 until 7 p.m. and remains on view until November 30. For more information, visit www.theclaylady.com. See more of Susan DeMay’s work at www.susandemay.com.