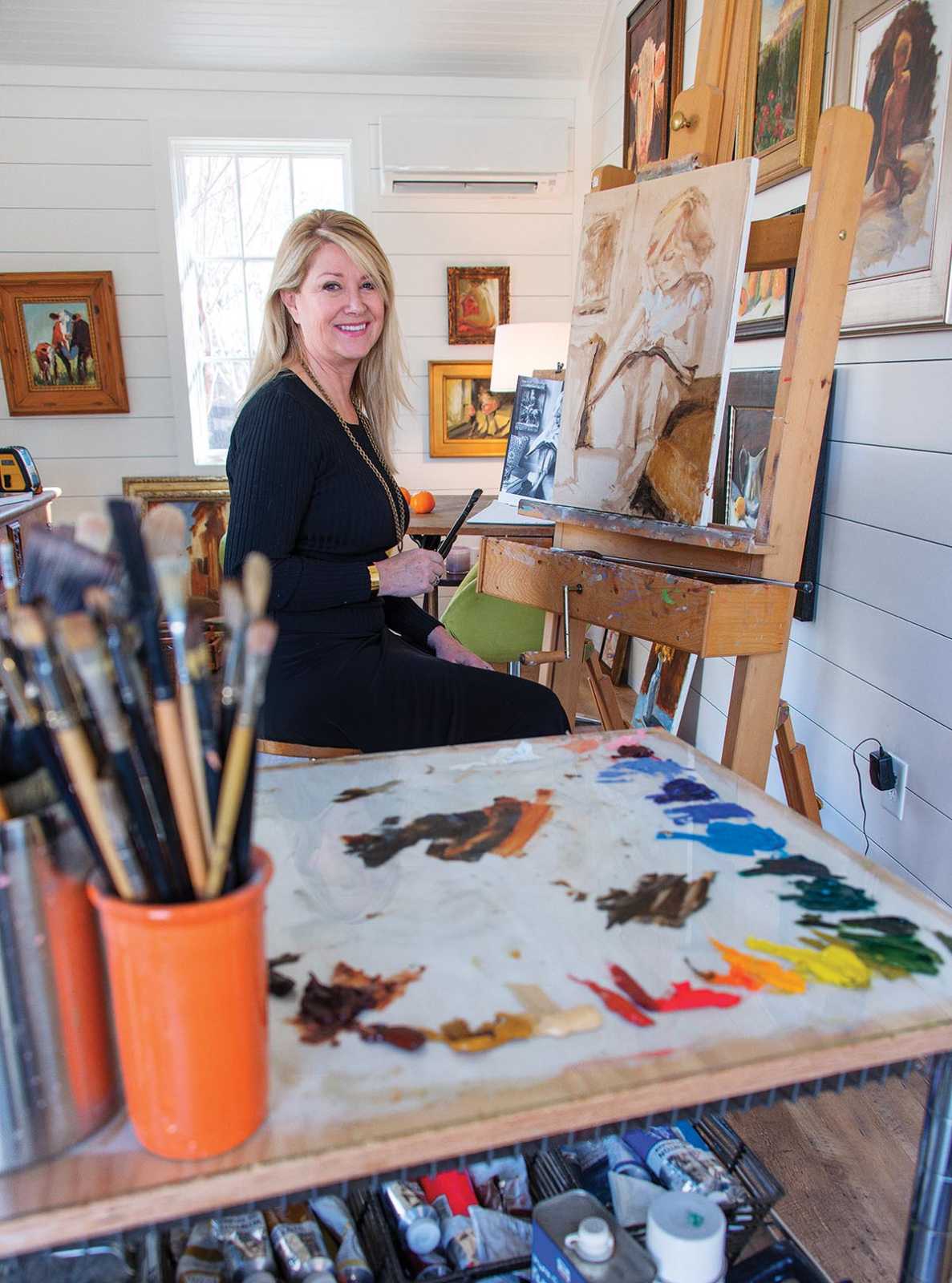 Not much is known about this artist, but what we do know is how this painting came to be in the U.S. Much of Russian art, prior to the fall of the Iron Curtain in 1989, was state-sponsored Socialist Realism. The Soviet government was involved in the subject matter choices as well as the style of paintings being produced in art academies. After the fall of the Berlin Wall, however, that system began to fall apart—like the old Soviet Union itself. Suddenly art collectors had access to a treasure trove of never before seen Russian Impressionist paintings. Thanks to collectors like Raymond Johnson and Vern Swanson, the largest collection of Russian art outside the former Soviet Union is now in the United States. And thanks to Stan Mabry at Stanford Fine Art, who has had a portion of this collection available for sale here in Nashville, I am fortunate to be able to call one of these “unknowns” my favorite painting!

Why I feel connected to this painting … 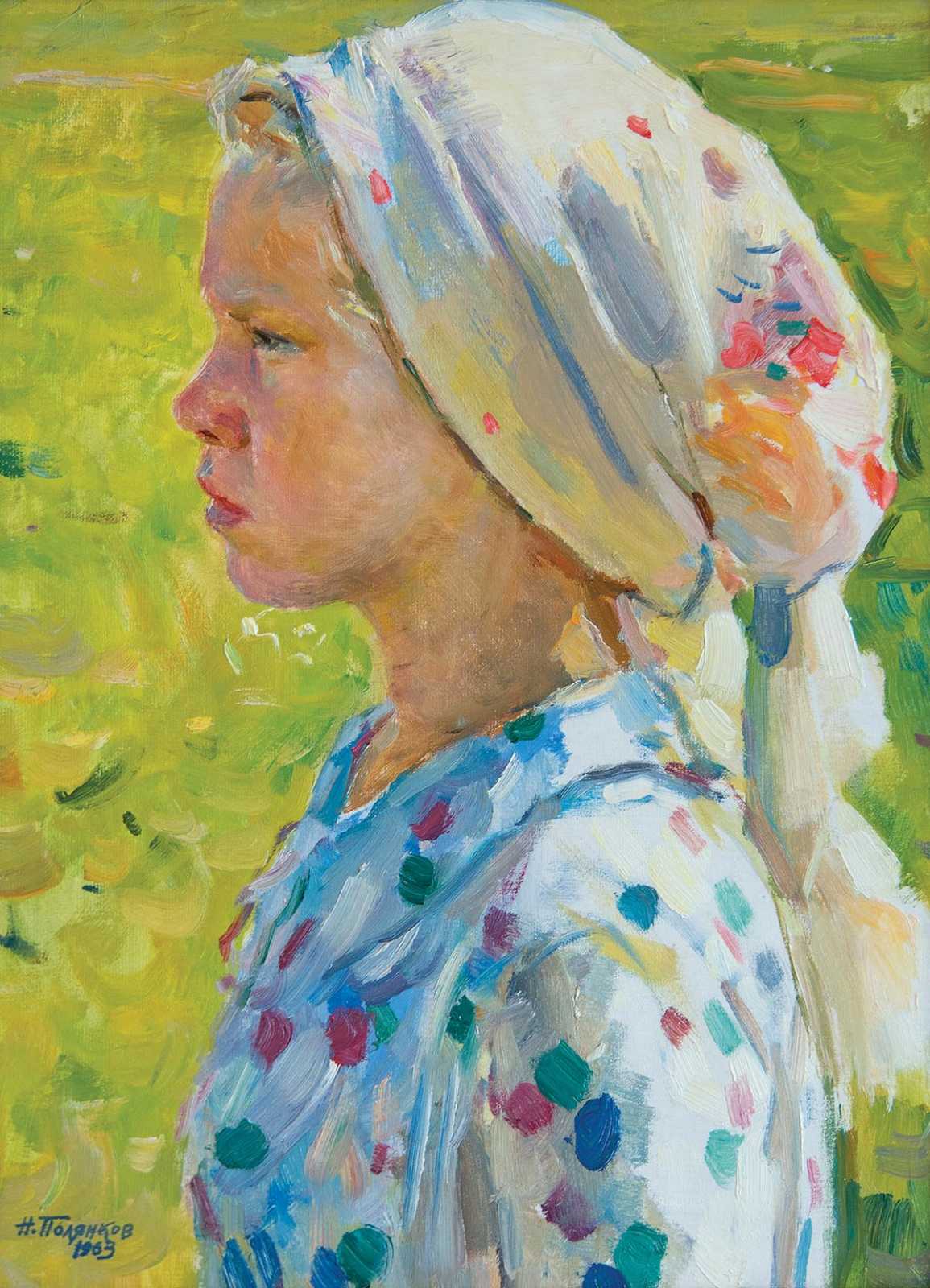 I am a child of the Cold War. One of my earliest memories is of the Cuban Missile Crisis, not that I knew it by that name at the time. What I remember is my mother being afraid. My father was a civilian employed by the government at Fort Rucker in South Alabama. He had to remain at work for the duration of the crisis, even sleeping there. I remember my mother worried and making plans in case “the worst happened.” From that time on, all things Russian occupied a corner of my mind reserved for dark and scary things. Stories of the Iron Curtain going up in the middle of the night, separating family members; stories of people being shot at something called Checkpoint Charlie. I imagined life on the other side of that wall to be bleak and strangely colorless.

Polyankov’s In the Field with its vibrant colors, clear sunshine, and this little girl in her bright polka-dot dress was such a colorful shock! The girl’s expression is resolute. Stubborn maybe? The pure whiteness of her headscarf draws my eye. Then I looked in the corner and saw the date: 1963. I was six years old when it was painted. She may have been about the same age. We had both just survived the Cuban Missile Crisis. Did she even know?