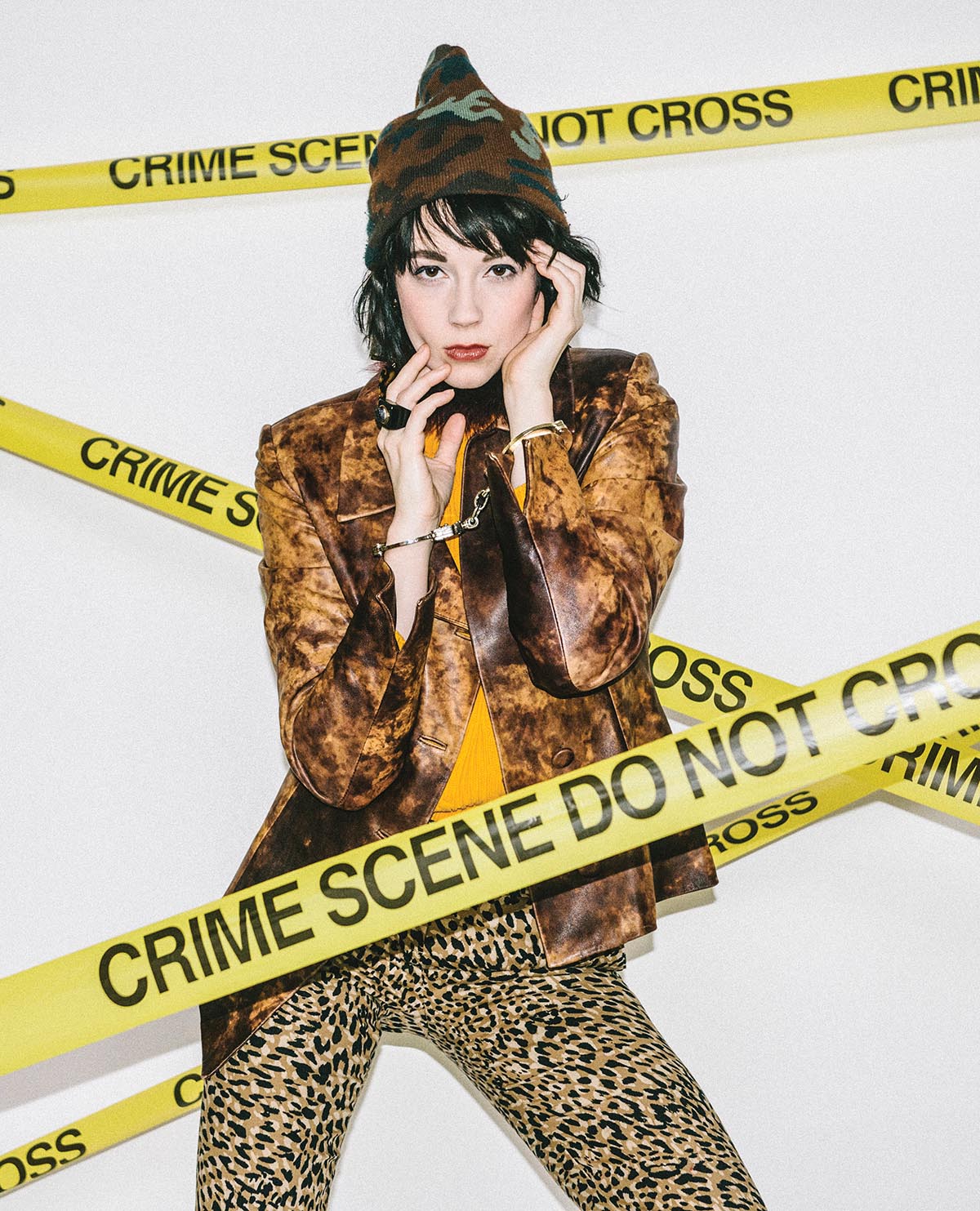 No way the six-year-old Instagram picture of the diminutive woman in a police uniform peering meekly from a cop car could be the same swaggering, luminous creature showing it to me.

The 29-year old fashion blogger was on the police force for nine years in her hometown, Warner Robins, Georgia (pop. 70,000) before moving to Nashville in October 2014. Home-schooled in a traditional family, she started as a forensics intern in fingerprinting at 15 and moved through crime scene investigation to patrol, becoming the only woman in her class to graduate from officer training. “It was the hardest thing I ever did,” says Rhodes.

“You are catching everyone on their worst day,” she says of being a patrol officer. Still, she managed to find joy in helping others, especially juveniles calling in.

Rhodes moved to Nashville for a fresh start and to develop her fashion blog Affectionately Audrey. Taking her first year here to refine her style, Rhodes has emerged as one of the most distinctive figures in town. A mashup of vintage and couture over a porcelain-skinned 5’11” frame, she’s minty fresh, often rocking bold colors and patterns for a funky and edgy yet always classic look. As manager of the West End branch of high-end fashion liquidators UAL, Rhodes can combine her thrifty finds with off-the-rack chic.

“I do wish Nashville would take more risks,” says Rhodes of the fashion scene here. In her well-shot blog, we see her modeling her own bold choices. It’s been a process. A former tomboy who struggled with her looks, Rhodes easily relates to her customers’ body-image issues and helps build their confidence by steering them to pieces they’d normally be too shy to wear.

Underneath her daring exterior, Rhodes is a complicated, soft soul who won’t let anyone see her cry. Taking fashion risks emboldens her.

“Mostly, though, I enjoy being an oddball,” she says.