It’s the raindrop that topples the bridge

—from Ballad of a Limping Man 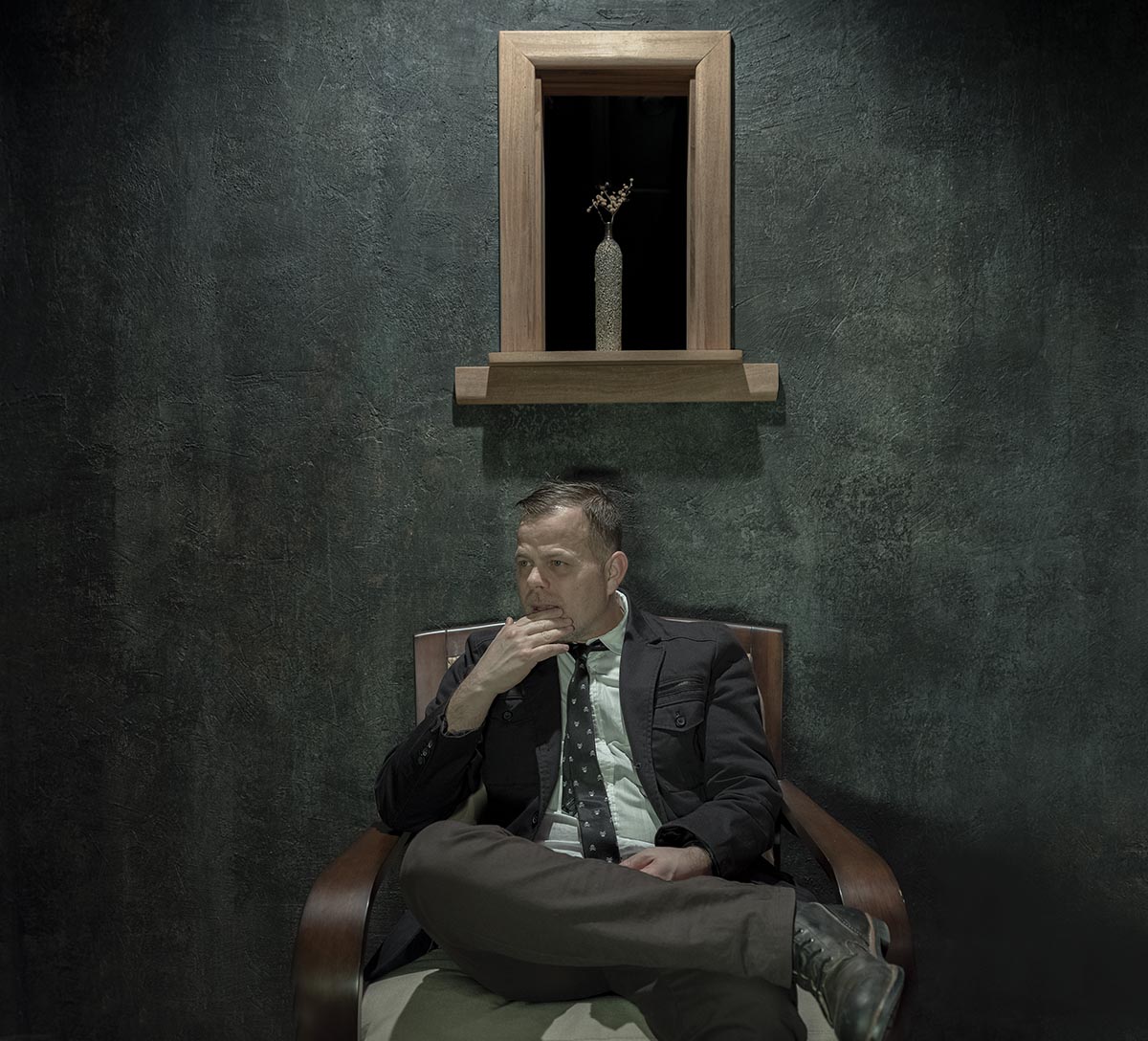 “There is so much in our culture that is designed for speed and not getting lost,” says the singer and songwriter Matthew Ryan from his Nashville home. “I think that so many of the good things that we experience are the result of getting lost. That you have to allow that. You have to engage your instincts and your sense of being a tourist.”

He’s talking about the beauty of Columbus, the 2017 film written and directed by Nashville’s Kogonada. It’s a film where the mise en scène, pacing, and score share equal billing with the superb, and often understated, acting and storytelling. The film was scored by Marc Byrd and Andrew Thompson, better known as the ambient duo Hammock. Next month, Byrd, Thompson, and Ryan will release a new album together under the moniker The Summer Kills. It’s a project they began working on more than six years ago.

He’s also talking about that, and the album’s gorgeous and cinematic title track “Last Night We Became Swans.” But before he can do that, it’s helpful for Ryan to also talk about how he got here, back to this place where he’s collaborating with Hammock again. And that’s where getting lost comes in.

In a career that has spanned more than twenty years, Ryan has released at least a dozen albums, not to mention singles, EPs, and collaborations with other artists. In the mid-to-late 90s, Ryan was one of the forebears of a thriving, emerging Nashville rock and folk-rock scene that included Daniel Tashian, Joe Marc’s Brother, David Mead, Josh Rouse, Lambchop, Venus Hum, Farmer Not So John, Atticus Fault, Sixpence None the Richer, and many more. Ryan was signed to A&M Records in 1996 and released his first record, May Day, to considerable acclaim. East Autumn Grin followed in 2000 before label consolidation forced Ryan to go the indie route. Discouraged but not completely disenchanted with what led him to pick up a guitar to begin with, he soldiered on, releasing record after record on different indies to continuing acclaim and a growing fan base. 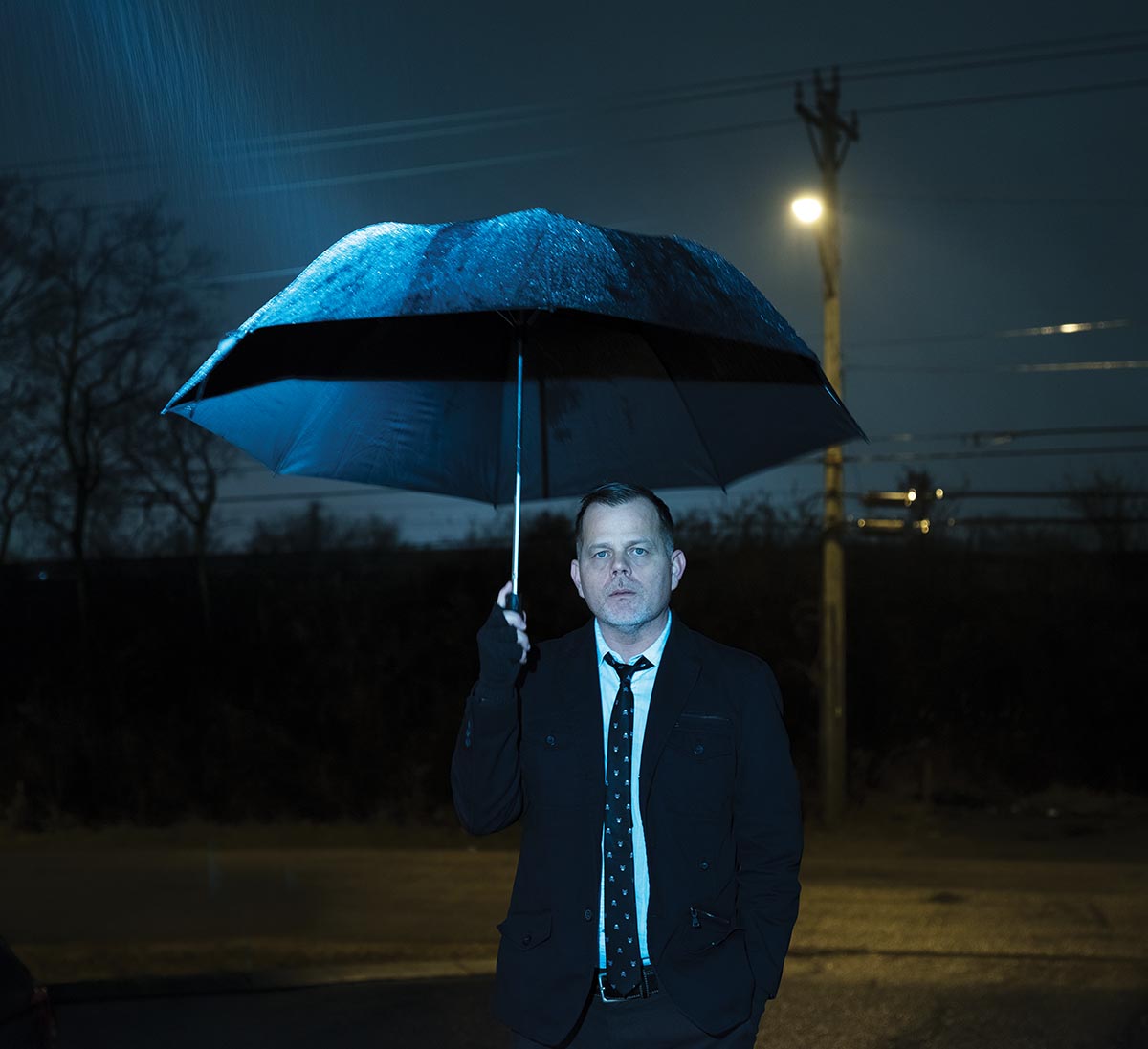 By the end of the decade, however, the weight of navigating the “gap between mythology and real beauty,” he says, was starting to take a toll. He was “lost and feeling phantomous. For me, rock ‘n’ roll and folk and punk rock were great connectors to some experience that I wanted to be intimate with,” he says, thinking back to his early days growing up in the economically depressed post-manufacturing boom town of Chester, Pennsylvania. “I really did give in to the mythology of music. It felt like some other more generous, more truthful, more lit-up community. When I signed with the major labels, while there were some people who had that energy and that vibe, the majority of it wasn’t. And so, for me, that was incredibly discouraging.

“I felt like I was shot from a cannon believing one thing and in mid-air realized that there are no soft landings. Then I had to decide after I landed, where did I land?”

Wherever he landed, he believes he started withdrawing from the means to achieve something. And while he’s quick to heap accolades on those who gave a lot of themselves when he was lost, by 2011 he was ready to hang it up. He left Nashville for Pittsburgh—in an effort “to see how quiet it can get; to see who I was then”—and released what was to be his final record, In the Dusk of Everything.

“Music had become too lonely,” he says in recent press materials. And he means that literally. He started to make records alone.

But then a few things happened that in many ways saved Ryan’s musical life. He got a call from Paul Weller, the legendary frontman for The Jam, to open up some shows, beginning with a gig at the legendary Apollo in Harlem. Not long after, he learned that Brian Fallon, the leader of the New Jersey-based rock band The Gaslight Anthem, had been tweeting out some of Ryan’s lyrics. He was a fan. 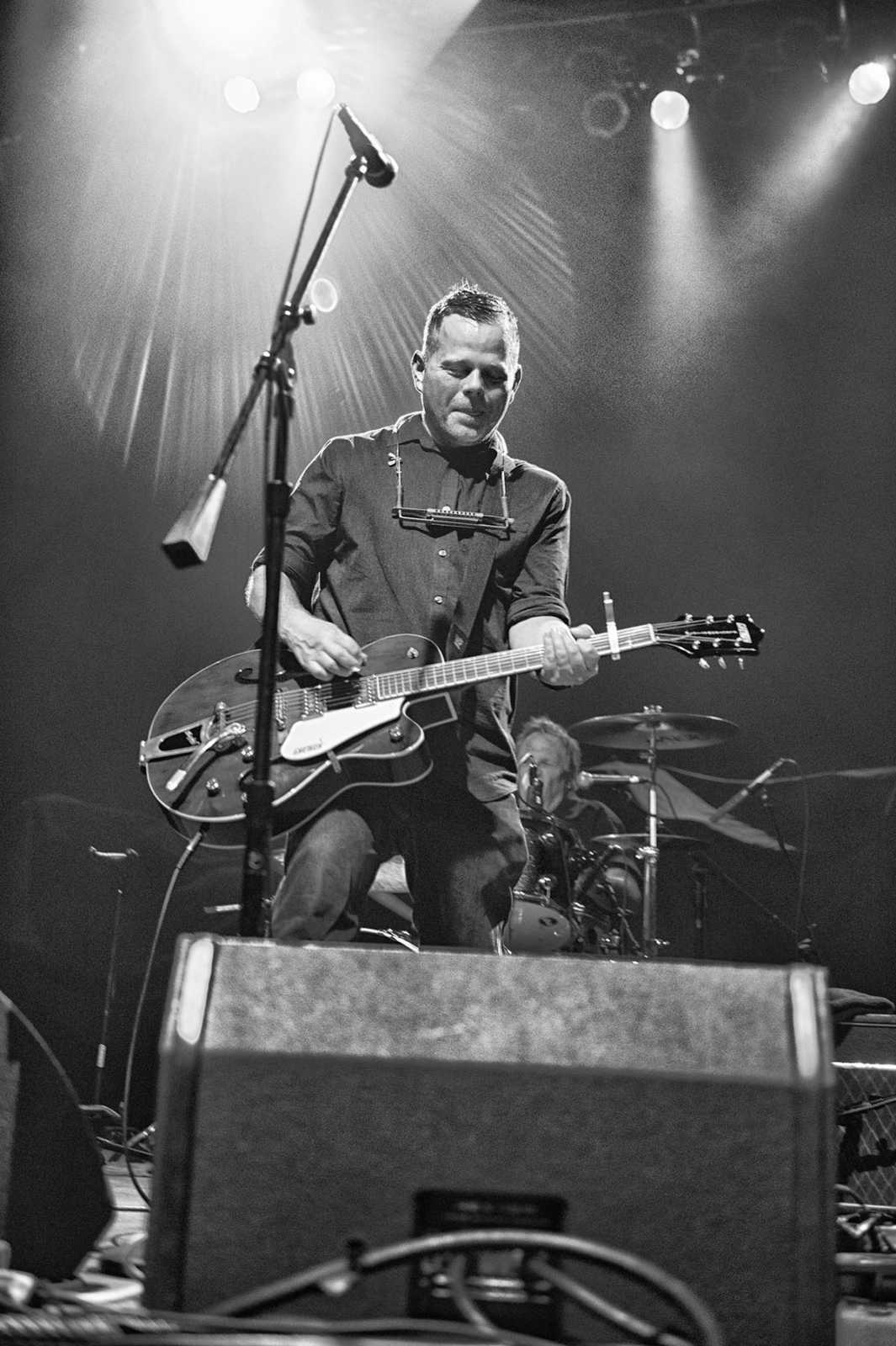 They started communicating and struck up a friendship, with Ryan opening up for The Gaslight Anthem and Fallon encouraging Ryan to make a new record with Fallon playing guitar. The result was 2014’s Boxers, produced by Kevin Salem of Dumptruck and other projects. It’s a record American Songwriter wrote was devoted to “bittersweet toasts to those who either escaped the dead-end scene or were claimed by it,” before adding that listeners should be “glad such an insightful songwriter stuck around long enough to keep such a memorable scorecard.”

“Being with those bunch of guys lit me up,” says Ryan. “There was no cautiousness, no aspiration beyond what are we going to do right now when we press record. That record was beautifully received; we did a lot of wonderful stuff; and it was really neat to experience that, where whatever was dogging me before seemed gone. And it’s still gone. The funny thing about Fallon is that it would never be his intention to light me up; he didn’t come into my life thinking he was saving somebody, and the weird thing is, in some way he did.”

With the Ryan-Fallon collaboration a boon for Ryan’s creative energy, the two doubled down on 2017’s Hustle Up Starlings with Fallon producing. “Always count on Matthew Ryan to come in quietly and leave you knocked out on the floor,” wrote Paste Magazine when revealing the album’s lead single “Bastard.”

“When Fallon confided what my work meant to him and how it contributed to his creative ethos,” adds Ryan in an email later, “that was some kind of proof that I had contributed to the continuation of that very thing that lit me up when I was a kid. And that lit me back up somehow. It made me wanna seek out more people that I suspected shared that kind of lighting, that notion that these things we create contribute to something outside of ourselves, that there’s a humanitarian cause entwined with the arts.”

With Fallon, Ryan had essentially found the mythological community he had been searching for when he first started making music. It was that comfort, with both community and collaboration, that helped Ryan get back together with Hammock and finish that project they had started six years earlier, just as Ryan was considering ending his music career. 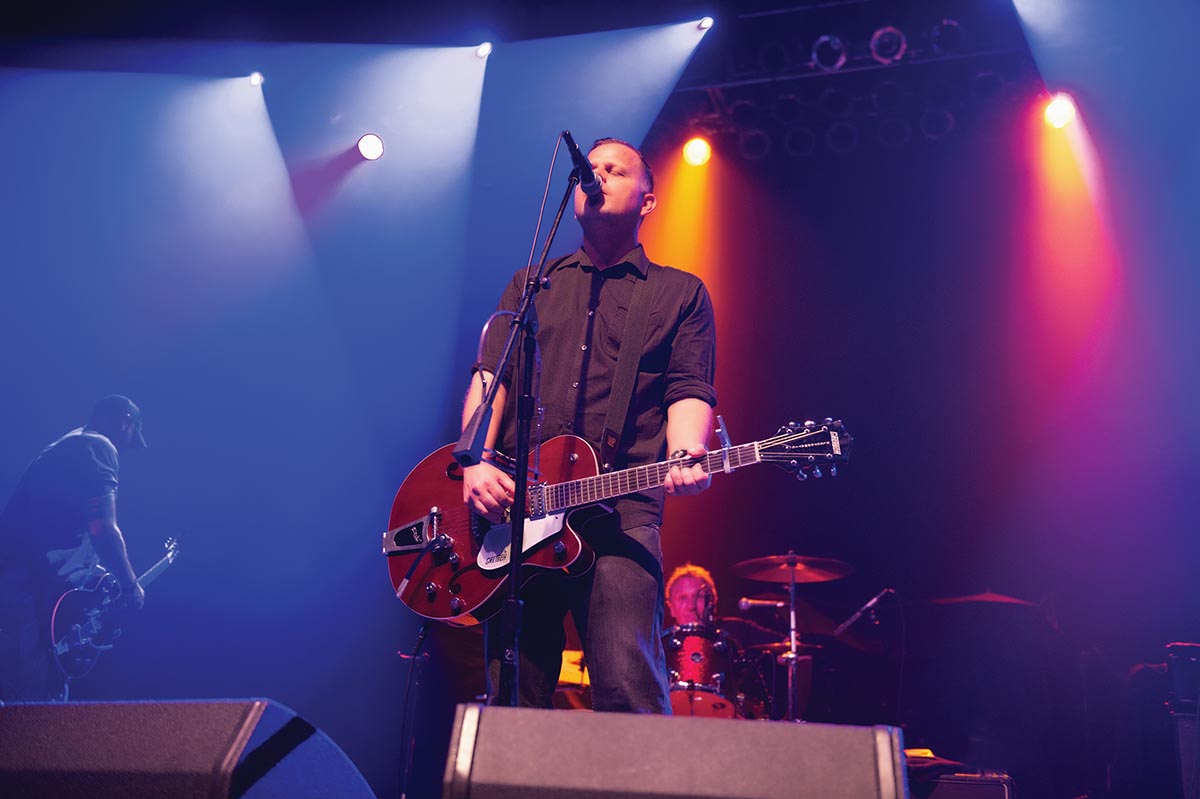 “What I found through collaboration is that the work becomes a dialogue,” says Ryan. “I’m just as lit up by what Mark and Andrew of Hammock do as I am by the guys I made Starlings and Boxers with. These are all people that are fearless in their creativity. And I think at the end of the day, when I see people doing what they love at a high level, without any impositions, then that circulates back to me.”

Last Night We Became Swans, the debut release from the Ryan-Hammock collective The Summer Kills, is due out in March. It includes a remix of their 2011 collaboration “Like New Year’s Day.”