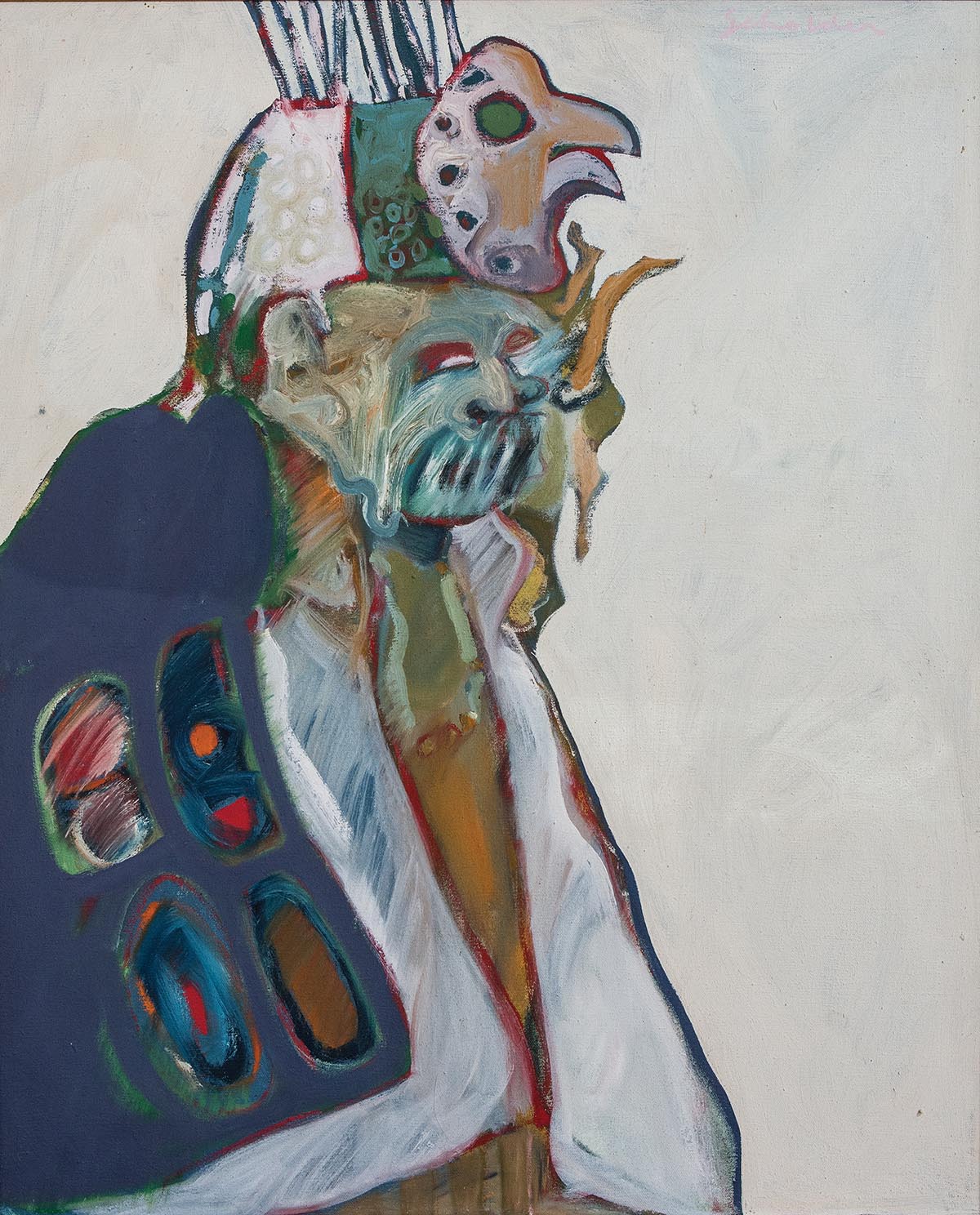 Fritz Scholder was born in 1937 in Breckenridge, Minnesota. In 1967 his new series on the Native American caused immediate controversy as some of his subjects were depicted with the American flag and other symbols thought to be at odds with the culture. His work would become a major influence on a generation of Native American artists. His revolutionary paintings broke away from stereotypical roles and changed forever the concept of Indian art. His style is well known for its distortions, explosive brushwork, and vivid colors. His expressionist paintings are in museum collections around the world. Scholder died in 2005. 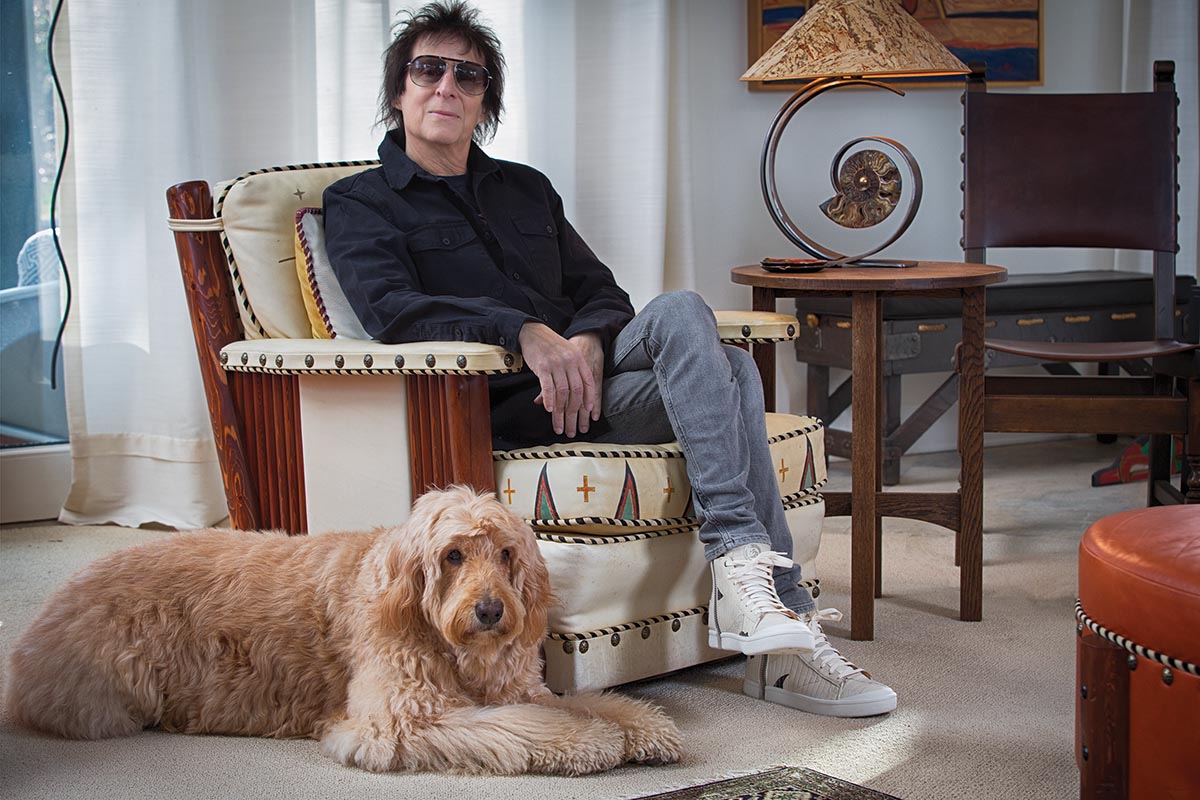 My wife, Toni, and I lived in Albuquerque, New Mexico, for many years and grew to love Southwestern art and culture. Although our home is now in Nashville, it is full of Southwest artifacts: Paintings, furniture, pottery, rugs, jewelry . . . we’re surrounded by it. The work of Fritz Scholder appeals to me, and of all the pieces by him that we own, this is one of my favorites. I like the artist’s rebellious spirit and his unconventional approach to painting Native Americans. No one before him had ever portrayed Indians in this manner. He had a rock-and- roll attitude to his work that I can easily identify with. We bought this in 2008 from a private collection in Phoenix, Arizona. Scholder spent a lot of time in New York City, most notably in the company of Andy Warhol. This painting reminds me a lot of the sixties; it has that vibe.