In the 1920s, back-to-back radio programming of classical opera and country music inspired WSM Barn Dance host George D. Hay to christen the iconic nickname “Grand Ole Opry.” But the connections between the two genres run deeper, including universality of themes, the emotional connections of music and text, and the use of storytelling as the powerful foundation for songs.

On Saturday, February 17, at 10 a.m., Country Music Hall of Fame and Museum partners with Nashville Opera as host to Anna Young’s The Enchanted Forest. In a “choose your own adventure” format, children explore opera basics while lending a hand in building an exciting operatic journey to save the enchanted forest from a fire-breathing dragon. 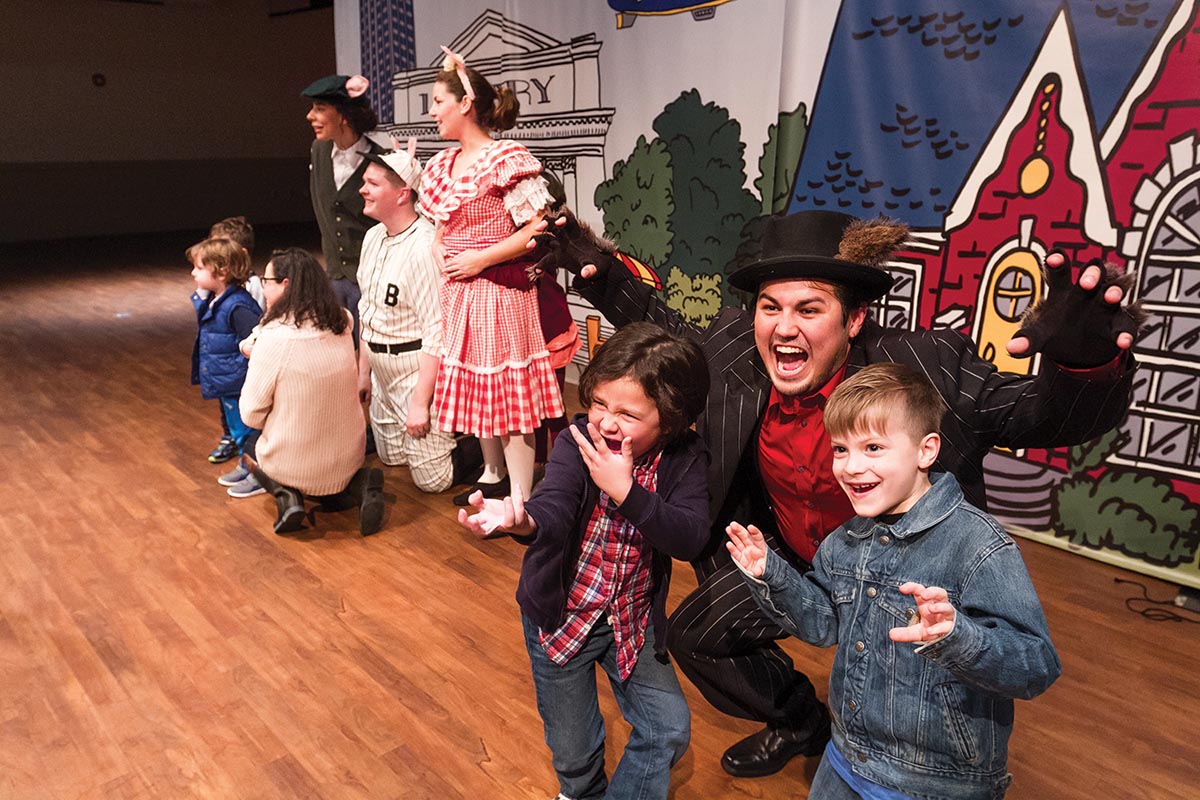 From the 2017 Education Tour, The Three Little Pigs; Photograph by Ron Baker

Each performance depends on audience participation as kids make selections including the main character (usually performed in opera by a tenor or soprano), and a best friend or sidekick (either a mezzo soprano or a baritone). Young, the Director of Education at Nashville Opera, wrote the basic storyline and lyrics based on some of the most iconic music in opera, including Bizet, Mozart, and Gilbert & Sullivan.

She points out that the music is specifically tailored to fit each voice part. In the second half of the opera, the appearance of the dragon is always preceded by Georges Bizet’s music from Carmen. Because the audience is casting the characters, families can see several performances but never exactly the same production as the show is presented in coming months at sites throughout the community. (For dates and locations, see www.nashvilleopera.org/inyourcommunity/.)

“The Enchanted Forest is especially exciting because it gives the opportunity for students to be in on the creation of every show. I loved reading choose-your-own-adventure stories growing up because I felt like part of the action. It’s the perfect way to get students engaged from the beginning and a great way to share the magic of beautiful operatic music all the while,” says Young.

The delightful sets for the production were created by Young’s mother, Tina Steenerson. Each panel in the 8×20- foot set is a colorized scene reminiscent of pages from a coloring book and featuring a castle as well as characters including a unicorn and fairies. The panels have also been replicated as separate coloring book pages which will be sent out to schools before the February 17 performance.

“The programs we curate and host at the museum enrich the experience of our visitors through storytelling. Our intent is to educate and inspire people of all ages,” said Ali Tonn, Director of Programming and Education at the Country Music Hall of Fame and Museum. “We are thrilled to host The Enchanted Forest and to be able to offer this creative experience to students and families.”

Within the walls of the Country Music Hall of Fame and Museum, The Enchanted Forest may connect in the minds of children the creativity, musicality, and storytelling of two musical genres.