Handmade: Friendships Famous, Infamous, Real, and Imagined by Jim Reyland is available at Amazon.com. Purchase an autographed copy and support a 2017 high school tour of his award-winning play STAND at writersstage.com. jreyland@audioproductions.com

No matter how much you may enjoy something, at one point (or maybe two) after more than 30 years of doing it, you may say to yourself, let’s do something else. Fortunately, Denice Hicks, and her dedicated predecessors, have never given up on their gilded trust to keep alive for the rest of us the words and themes of the greatest writer who ever lived. From their first 1988 production of As You Like It in Centennial Park (not the band shell, the other side) to their 2018 30th Anniversary production of Shakespeare’s most famous work, Hamlet, for those in charge of the Bard the waiver never came. 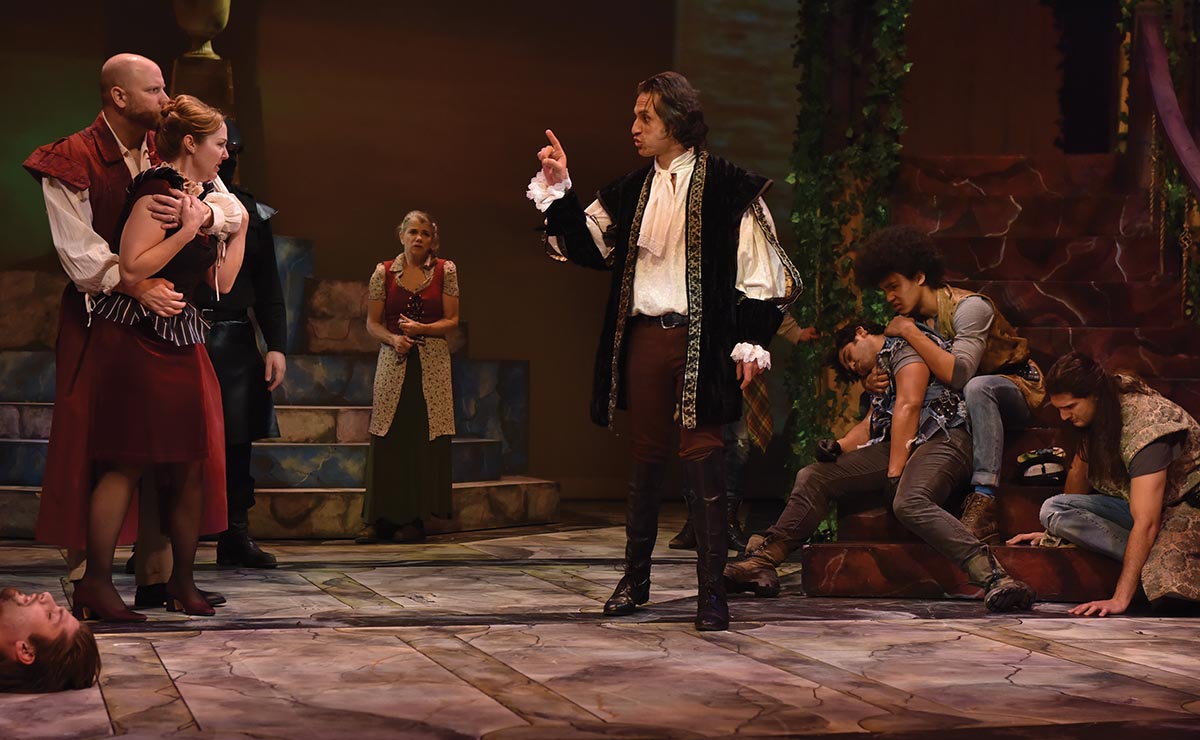 Left to right (including the head on the floor in the left corner), Joe Leitess as Tybalt, Nat McIntyre as Lord Capulet, Corrie Maxwell as Lady Capulet, Denice Hicks as the Nurse, René Millán as the Prince, Danny Martinez as Mercutio, Tristan Whitney as Balthazar, Chance Rule as Abram in Romeo & Juliet; Photograph by Rick Malkin

In case you’ve forgotten, Hamlet takes us on a journey into the minds and hearts of the royal family of Denmark in dark times. Prince Hamlet is torn between two unbearable situations: either living with his father’s murderer or committing murder himself . . . well, I’m not going to tell you. You should have paid attention in high school.

Shakespeare in the Park; Photograph by Rick Malkin

“Two of the traditionally male roles in the play are being played by women. Horatio, Hamlet’s best friend, will be played by Melinda Paul, and Lauren Berst will play Marcellus. Of the gender-bent casting, Denise Hicks says simply, “They were the best actors for those parts.” 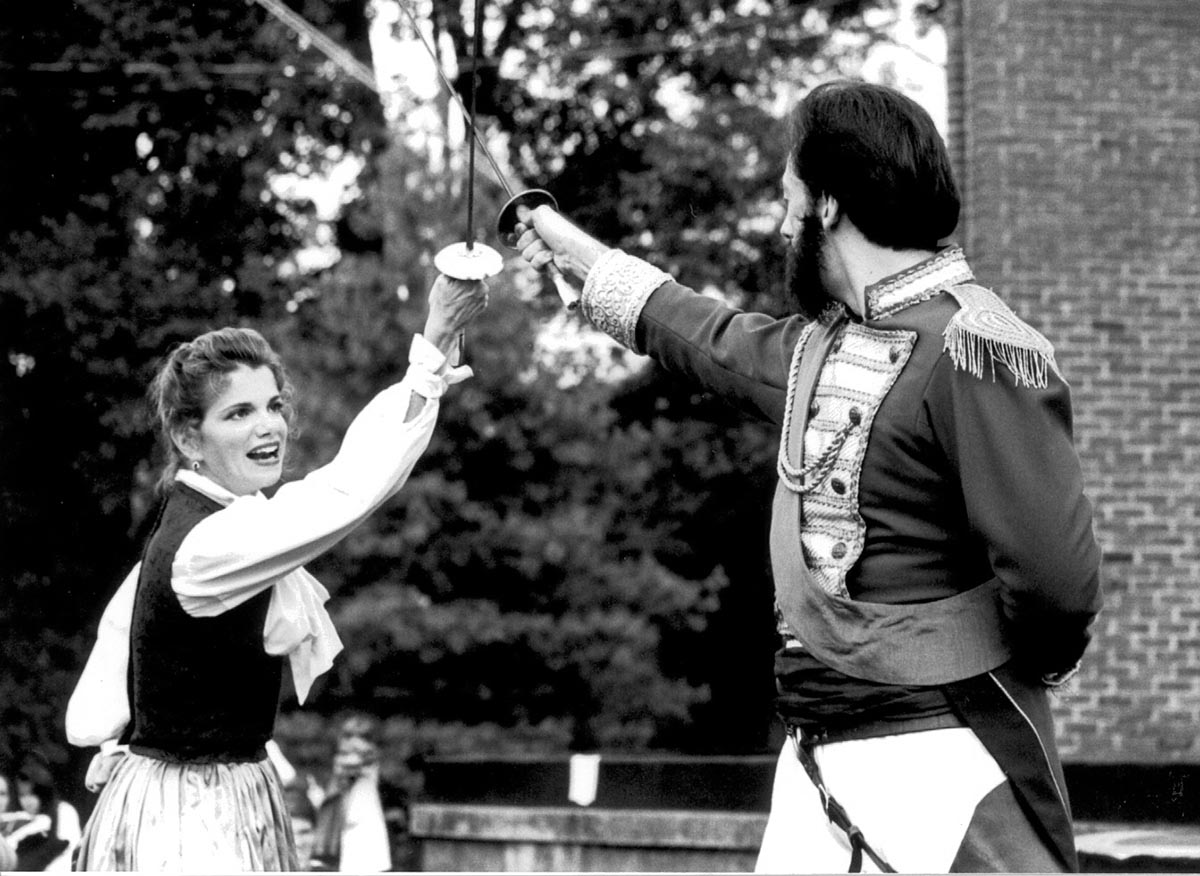 Up next in Nashville Shakes’ 30th Anniversary season, in April, is a benefit performance by Denice Hicks of a new one-woman show called The Maiden Phoenix, written and directed by Mark Cabus. Next up will be a special Bard’s Birthday Bash on April 23 in collaboration with Vanderbilt University. The 30th Anniversary Shakespeare in the Park in August/September 2018 will be a magical celebratory production of Shakespeare’s most beloved comedy, A Midsummer Night’s Dream. And in the Pop-Upright Shakespeare series, six directors will mobilize Shakespearean casts in diverse locations around Nashville to perform edited versions of Shakespeare’s most unusual plays “Upright” style. 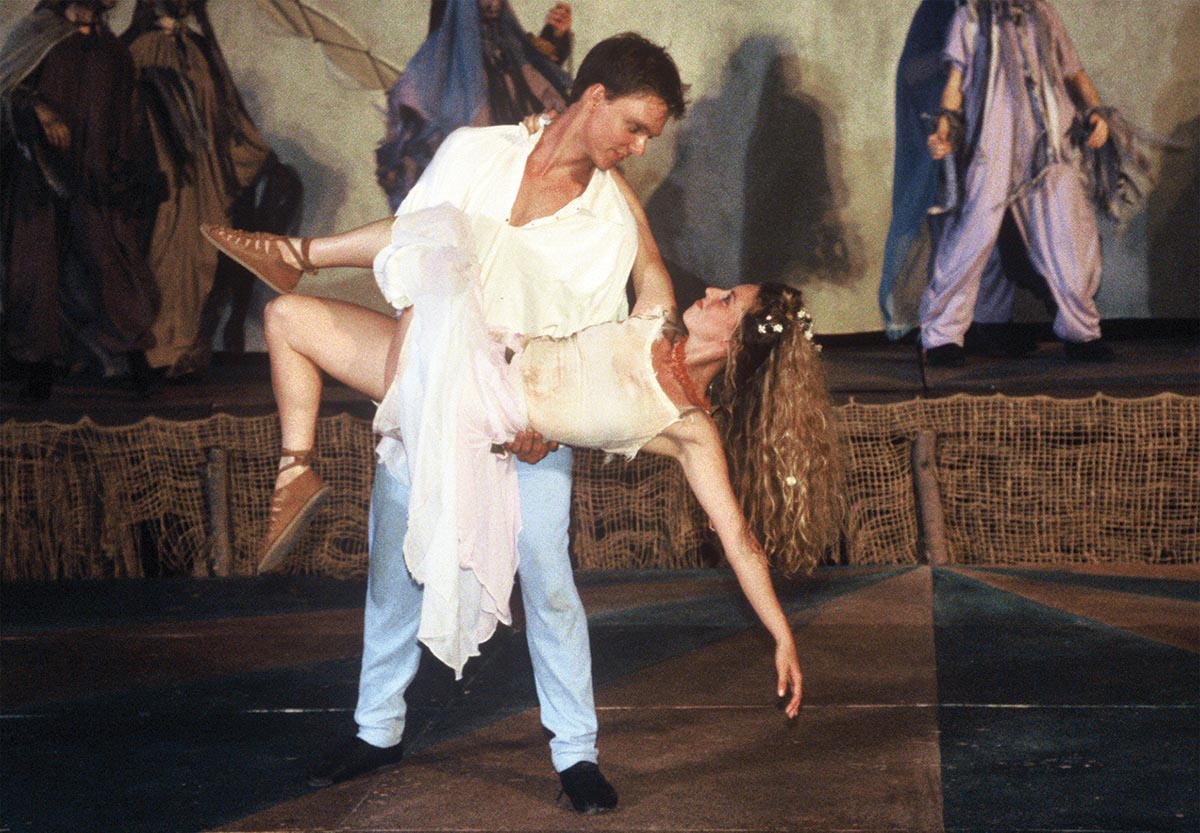 There you go, Groundlings, Cast, and Kings, you’ve done it again. Congratulations to Nashville Shakes for an amazing 30 years. Here’s hoping you’ll continue to imagine the majesty of our greatest scribe for another 30, and for those who come after you, many more.

Performances of Hamlet are at Belmont’s Troutt Theater January 4–28, Thursdays–Saturdays at 7:30 p.m., and Sundays at 2:30 p.m. You can also see Hamlet at MTSU’s Tucker Theatre with performances January 31– February 3, Wednesday–Saturday at 7:30 p.m. Tickets are $29 in advance, $32 at the door. Purchase tickets and VIP Royal Packages at nashvilleshakes.org.