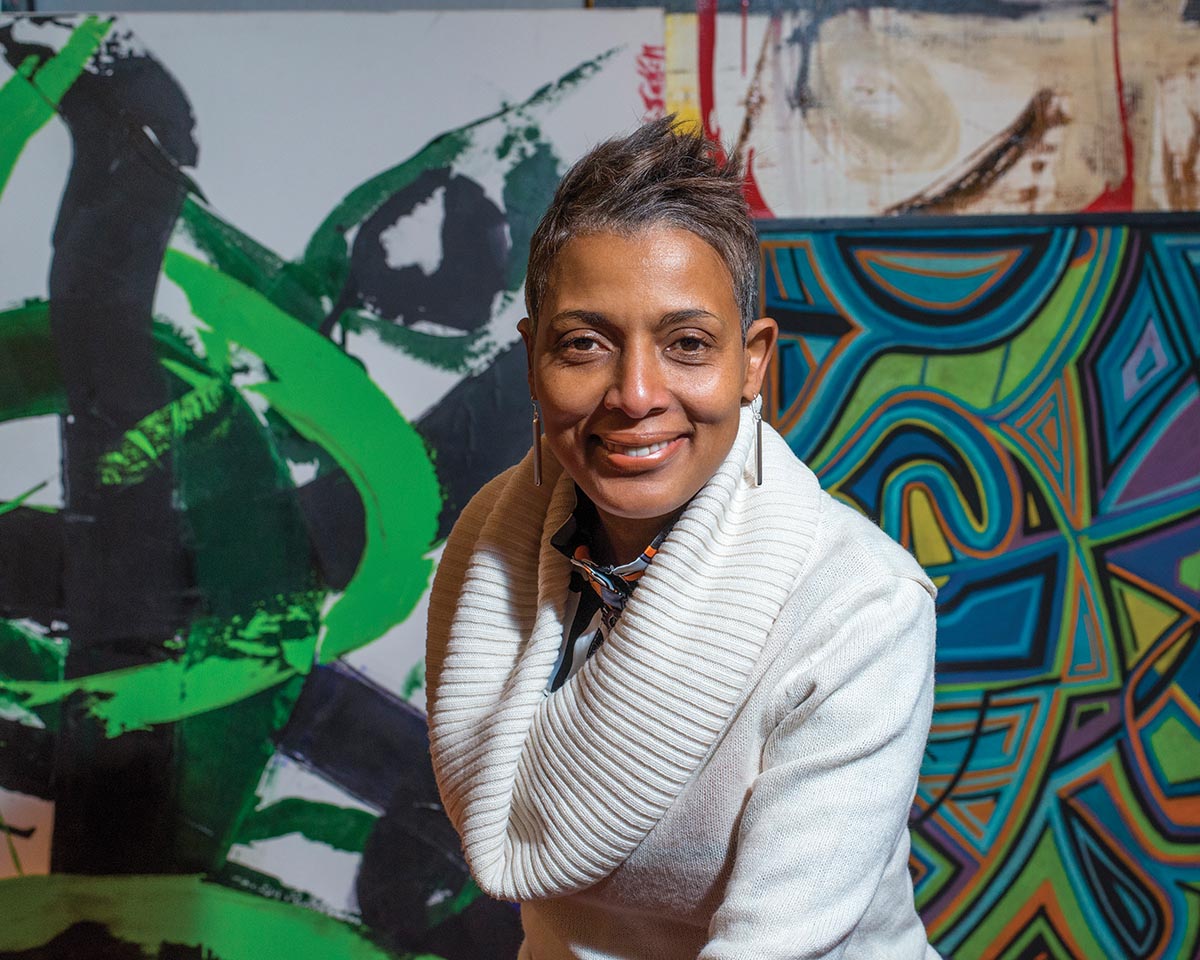 The state of contemporary abstract painting and the extensive recurrence (or recycling) of minimalism has been subject to much postulating and criticism in recent years. Verbiage such as “genius” and “inspiration” as well as discourse which relegates an artwork’s origin to the internal self are common points of contemporary art dialogue which indicate the return of Greenbergian ideas and laconic appearances.

In the famed words of artist Frank Stella, “What you see is what you see.” 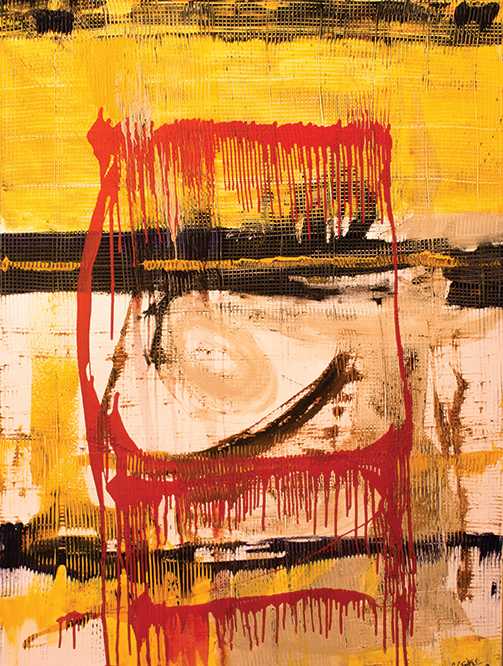 This subjective return to modernist formalism—given the various contemporary monikers, critical and otherwise, of Modest Abstraction, Neo-Modernism, and Dropcloth Abstraction—does not directly engage in the ideas and work of those avant-garde progenitors heralded by such nomenclature but, rather, their surfaces.

Carol Saffell, a self-taught painter best known for her highly charged expressionist works, has embraced this shifting inversion in painting aesthetics liberated by a greatly expanded art world and market. The Nashville- based artist and owner of L Gallery—where she commercially exhibits her work—has comprehensively hitched her artistic practice to the modernist giants of late as part of a continued investigation into hallmark abstract stylizations.

This artistic simulacrum is readily apparent in two works from 2017. In these new works, Saffell employs the wide, sweeping brushstrokes of Expressionism but with the cautious constraint of reductive design. In Untitled (2017), grand, loose mark-makings bisect the picture plane in mustard, black, and peachy-taupe— an active horizontality which is minutely reaffirmed by the repetitive grid of squares which pattern the canvas’s surface. A solitary splatter of dripped red paint ornaments the center of the picture plane. Optical Illusion (2017) is a starkly minimal regression from all color and action. A near monochromatic save for a formal light-blue rectangle, the work figures sparse black and white lines, ovular shapes, floating graphically in an expanse of middle grey. Stylistically disparate, the two paintings share the lexicon of recognizable abstraction. 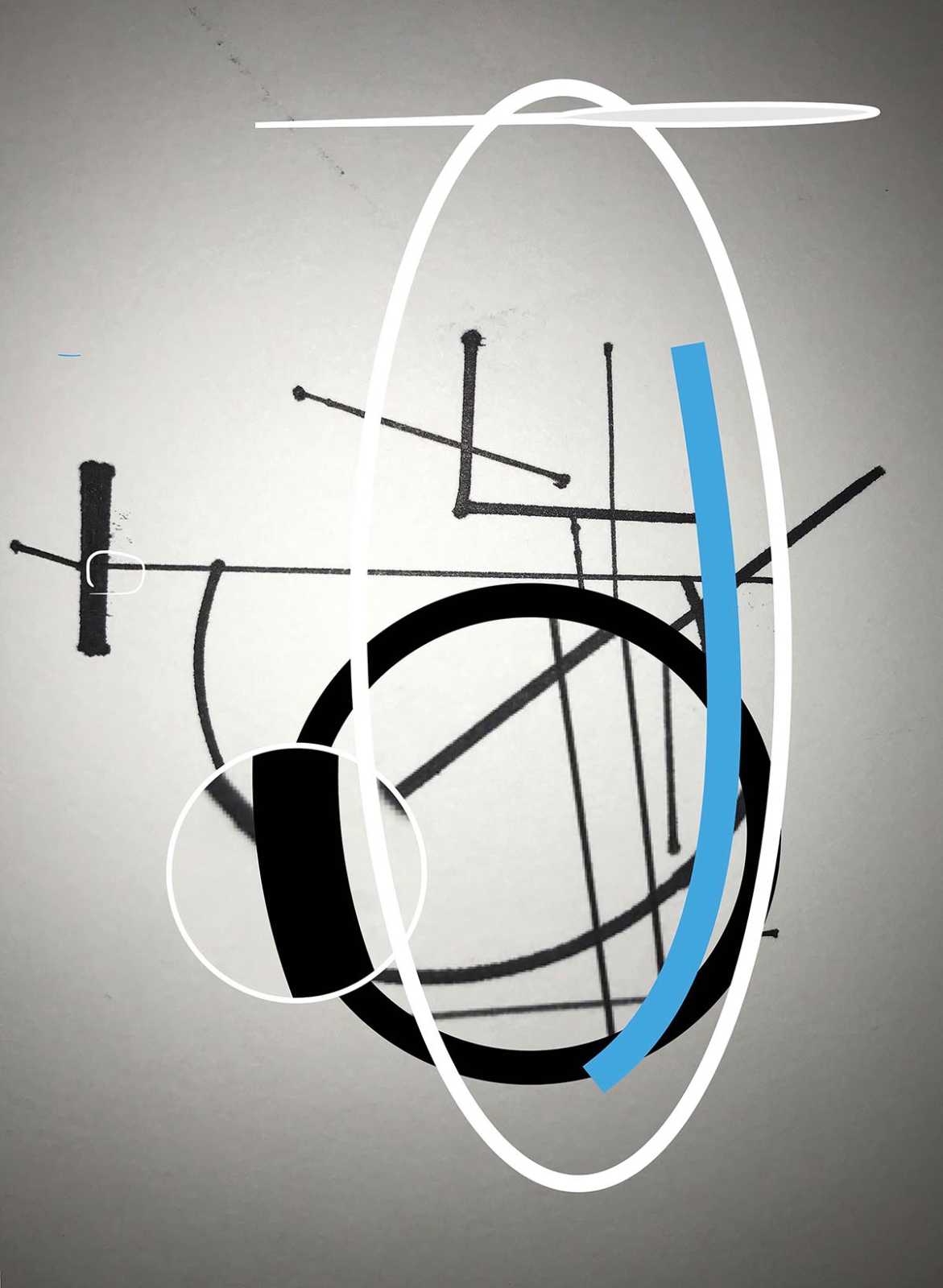 Invariably, Saffell’s use of paint denotes an aesthetic emphasis derivative of 1950s Abstract Expressionism, an art movement which called for an interpretive model based on the analogy between a work and its maker.1 In this manner, the work’s surface is conceived of in terms of its “depth” much like the way an individual is understood to relate to his internal or “truest” self. Historically, abstraction has relied on this model to assume formal choices, medium specificity, and intent as an expression of the artist’s internal emotive landscape.

Saffell also positions her artistic practice formally and ideologically in this regard, saying, “I express through my paintings in the form of abstract expressionism because it’s the path that I was given. I didn’t choose it, it chose me. We all have a path, and it is up to us whether to actually choose it or not . . . I [am pushed to] never stop expressing my God-given gift, which is the ability to take a blank space and turn it into an extraordinary interpretational piece of art.”

Stylistically, Saffell interprets this artistic anointment through an efficient arrangement of modernist forms and techniques. As in Reality Check (2012), sweeping brushstrokes in brash, bold hues cauterize the picture plane amid drips and drops of slashed paint. Roughly applied swaths of acrid yellow, green, orange, and the purest blue float atop a lateral field of murky red, revealing the depth of the picture plane as a pre-modern fallacy. Upon further consideration, various numerical groupings, letters, and fragmented words which have been scratched into the paint à la Basquiat become apparent. Untitled (2016) proceeds similarly in hue and composition, with Saffell confining her painterly brushstrokes behind rectangular color fields in black, yellow, red, and blue. The compositional resemblance to Piet Mondrian’s Ohne Titel (1921) is unmistakable. 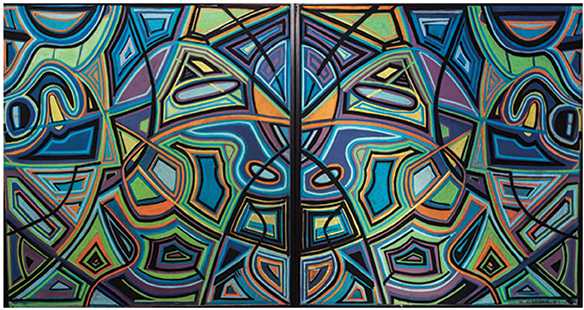 “When I paint I have no preconceived idea of what I will create, no sketches or drawings—seeing that I can’t draw.

As any creative will tell you, there is a creative space you are in where time is lost during your creative process, which, for me, also includes thought of what is actually happening. It’s almost euphoric,” said Saffell. “I may have a moment when some shapes and forms are intentional but most are not.”

It comes as no surprise that Saffell’s paintings resemble the drip-and-slash paintings of Jackson Pollock or the biomorphic forms of Wassily Kandinsky; their works fulfill a nearly identical role. Those early abstractionists, like Saffell, employ expressive gestures as a type of formalism pre-slotted into a post-war art- historical genealogy. This formal abstraction conflates process and content, relegating the former to the latter. “My creativity comes from within,” says Saffell. “It’s more of an internalized spontaneity with no subjectivity or outside influence.” 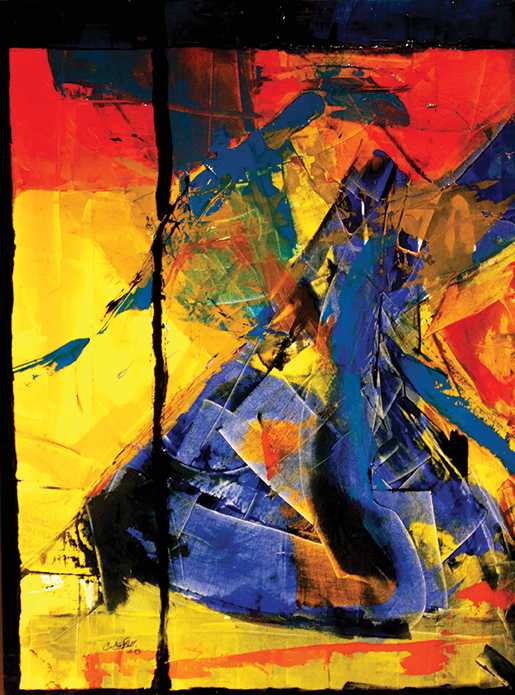 While abstraction fulfills a romantic celebration for the externalization of individual emotions, it is a genre and style wholly dependent on the notion that all persons share a common human experience which may be distilled in paint by a single gifted individual. As Carol Saffell continues to embrace the subjectivity and aesthetic language of new modernism, she is ever more conversant in producing art which is unequivocally familiar.

Some paintings referred to in this article may be seen at www.nashvillearts.com. Saffell’s paintings can be viewed at L Gallery at 11 Arcade Alley in downtown Nashville and at her website www.carolsaffellart.com.

1 Rosalind Krauss, The Originality of the Avant-Garde and Other Modernist Myths (Cambridge: The MIT Press, 1986), 3 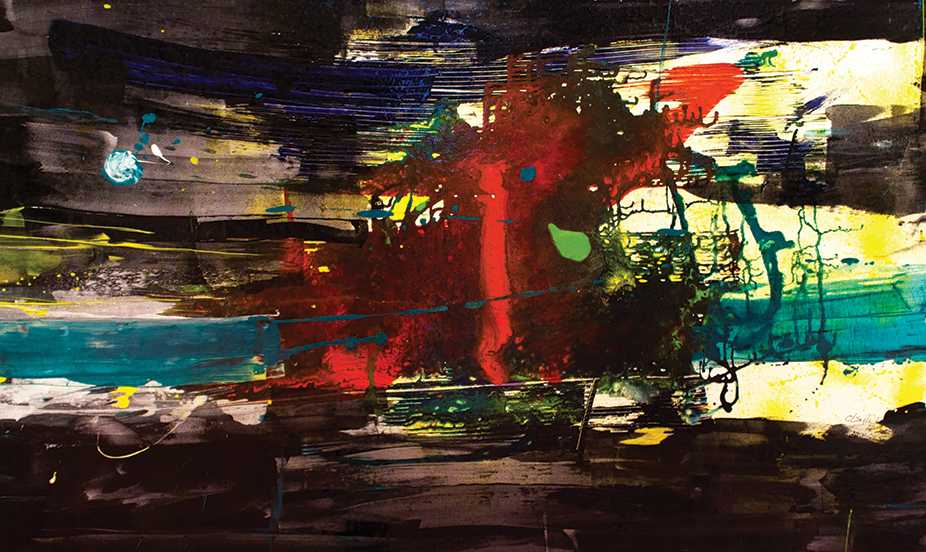 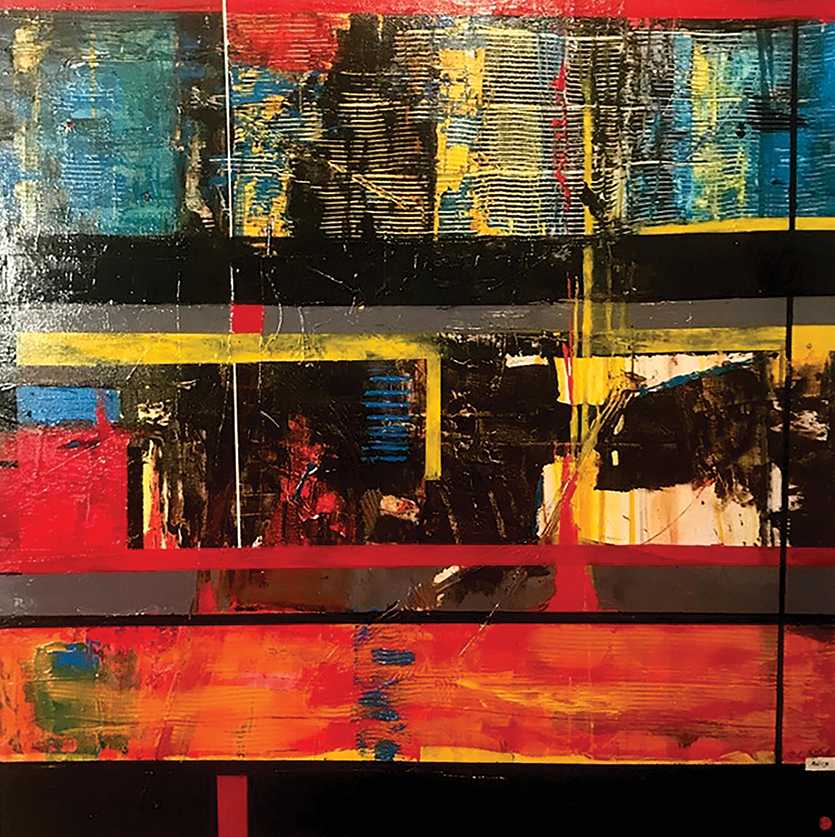