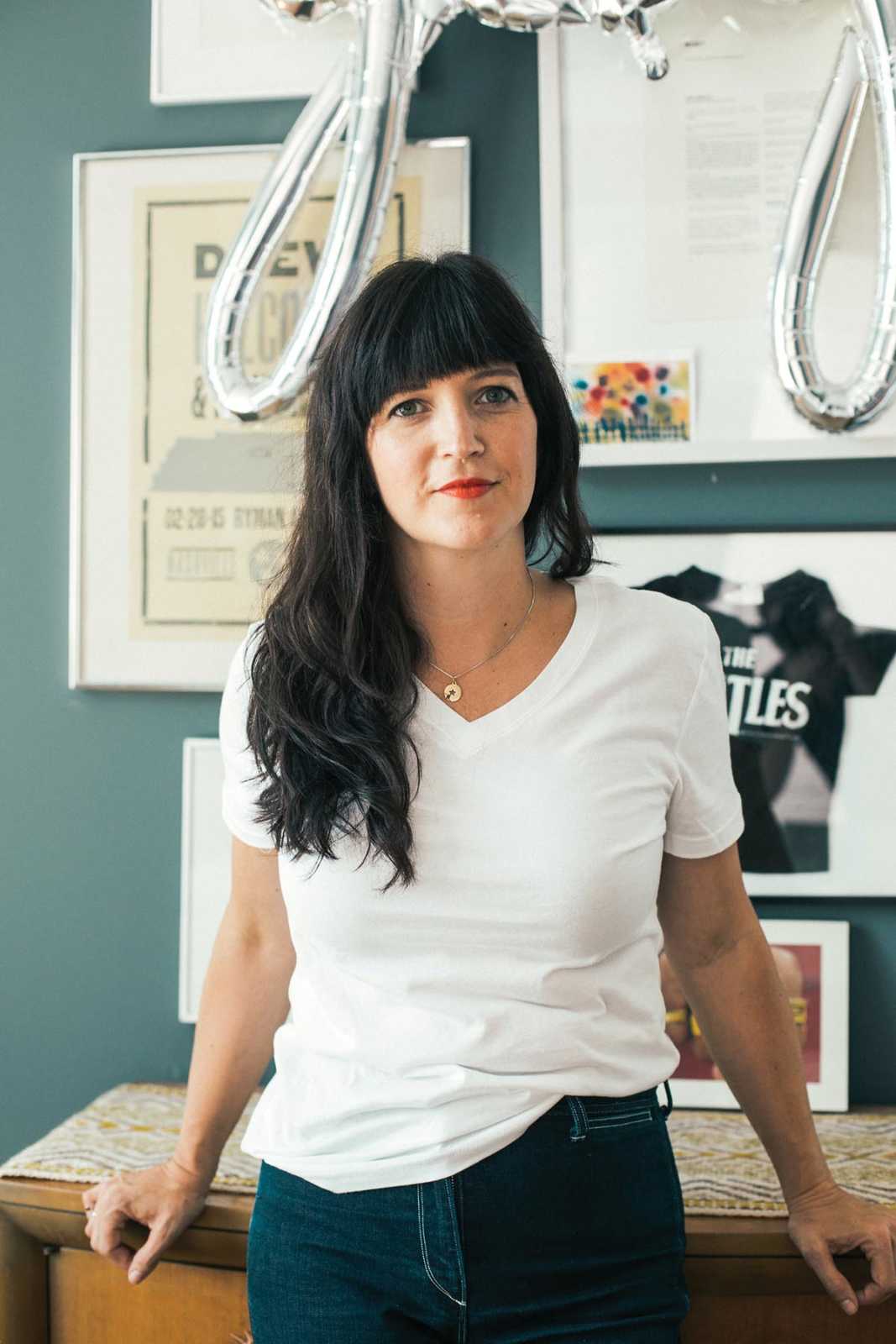 Late in his career and at the height of abstract expressionism, painter Philip Guston made a radical shift from abstraction to representational works. The often-cartoonish paintings were deeply personal, expressing angst and struggle––but also, strangely, hope.

“So when the 1960s came along,” Guston told the New York Post in 1977, “I was feeling split, schizophrenic. The war, what was happening to America, the brutality of the world. What kind of man am I, sitting at home, reading magazines, going into a frustrated fury about everything—and then going into my studio to adjust a red to a blue?”

In 2017, the sentiment might translate to this: As both the executive and legislative branches of our government move to limit civil liberties and environmental protections and each week brings a new invitation to a protest or sit-in, how does the socially engaged artist justify the often-solitary nature of making work? Guston’s question—“What kind of man am I?”—is analogous to the more current language of recognizing privilege, which I talk to artists about all the time.

For painter Jodi Hays, there was a point where she started making work about how she saw the world. This included the boundaries of urban landscape: nets, construction barriers, fences––hard angles brought to bear in paintings that slip between representation and abstraction. After the 2016 election, she began using red ink. Its contexts––editing, alarm signals, blood––and the color’s political party association, speak to feelings of separation and a desire for revision.

Hays’s new work uses that monochromatic palette of diluted red ink for paintings on paper and canvas that are hyper-local. Inspired by walks in her East Nashville neighborhood, Hays considered how her work in the studio could reflect and give back to her immediate community, thus bridging a gap between her backyard studio and the streets and alleys that connect her to others, regardless of their income, social status, or political leanings.

“For painter Jodi Hays, there was a point where she started making work about how she saw the world.” 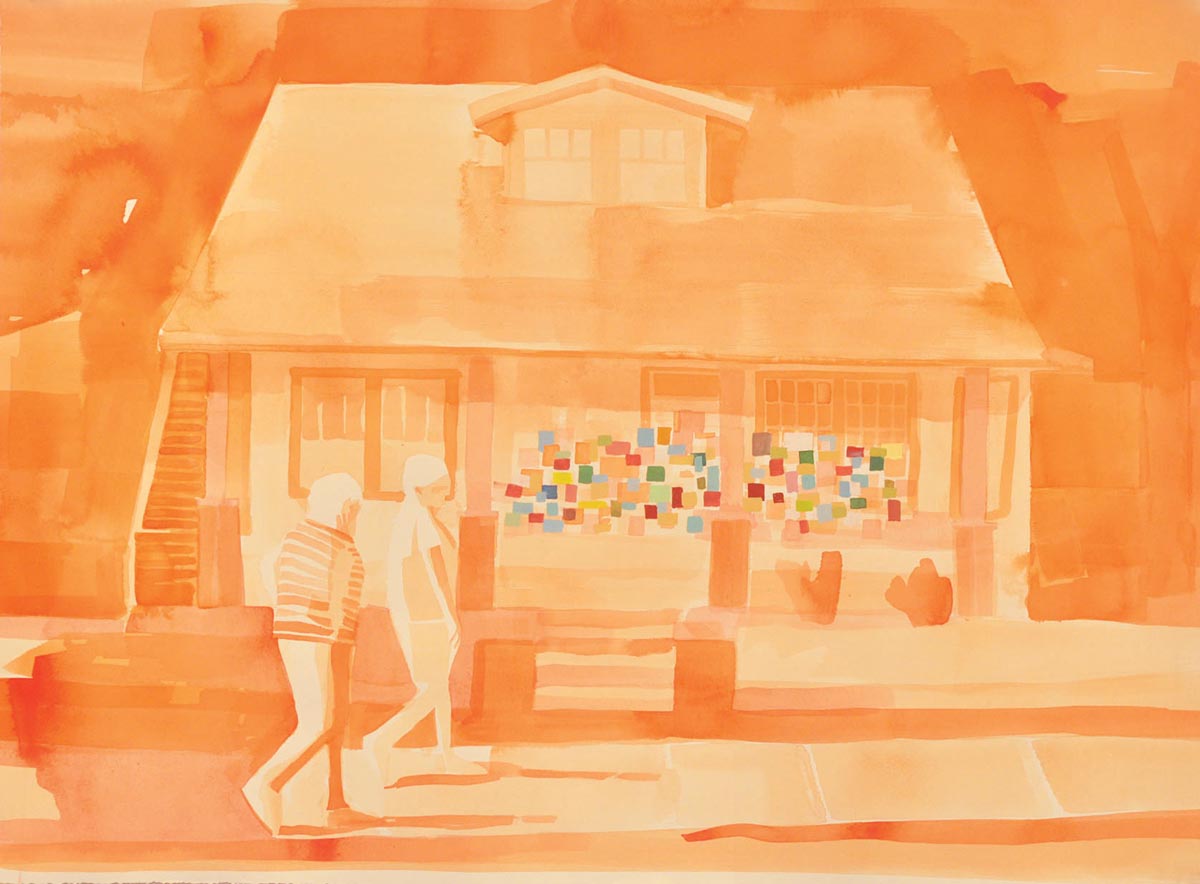 The series was exhibited at Red Arrow Gallery in November. Titles have always been important to Hays. She long kept scraps of paper scrawled with them in a cigar box, now translated to a note on her smartphone. She wants titles to act as entry points for viewers, a way to open a door and nudge us toward a conversation, even if it’s just internal. She titled the Red Arrow show Keeper. It’s inspired to a large extent by two community members who, until recently, Hays hadn’t met. 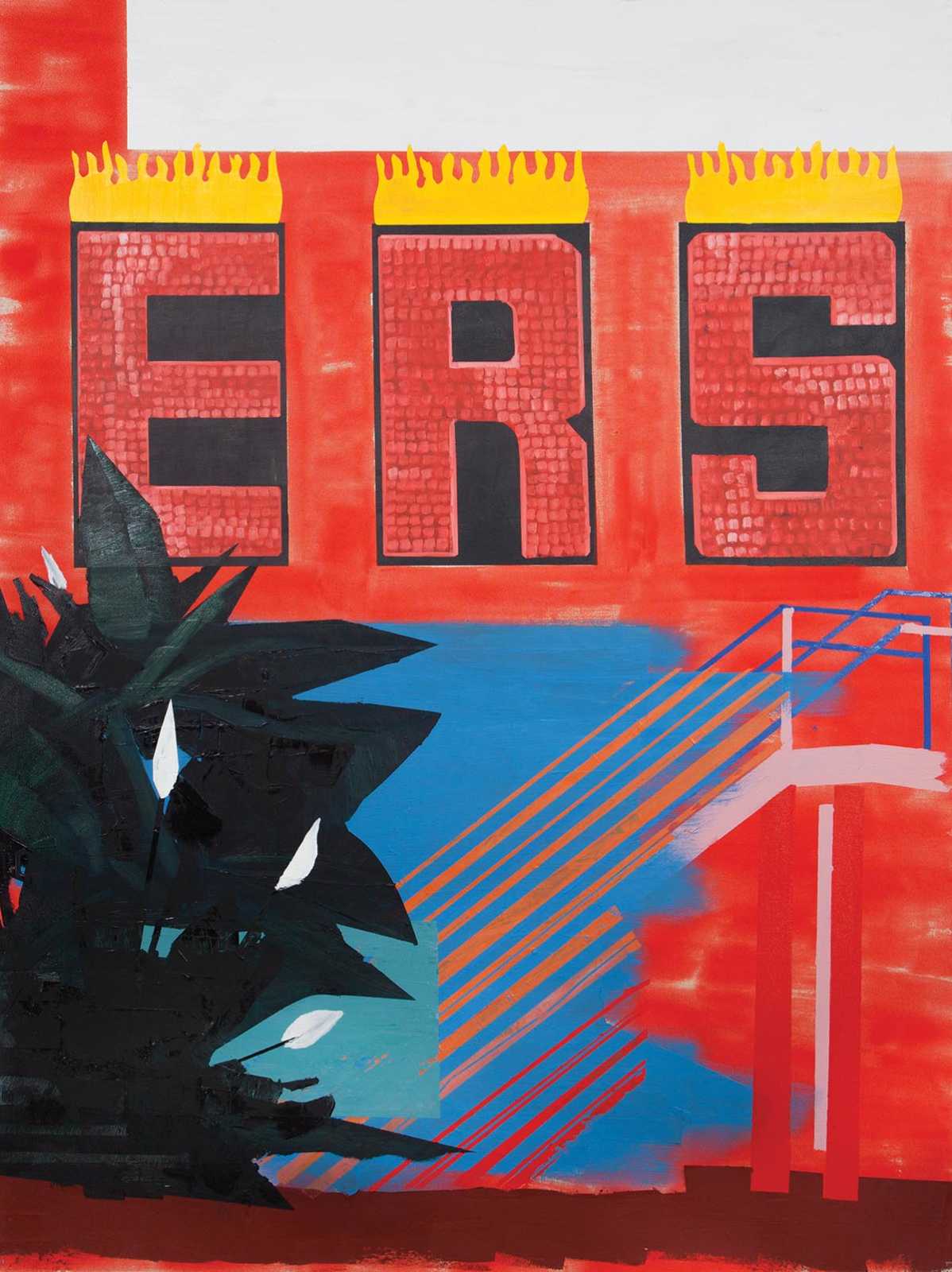 For years, she’s called them “sister walkers.” The two elderly women walk around the neighborhood, one slightly ahead, the other close behind, her hands on the small of her back. Hays began photographing them when she was out on the porch and on walks with her kids. They became like animated elements of urban landscape. “I am my brother’s keeper” is the inherent message in the show’s title, and the sister walkers become symbolic keepers of both each other and Hays’s sense of place. At the same time, walking has a rich history in Nashville because of the Civil Rights movement, when walking and marching were a form of resistance.

Other symbols unfurl in the paintings. Trellises, porches, fences, gates, and signs––like the letters ERS from the blazing-red Hunters Custom Automotive sign on E. Trinity Lane––make the neighborhood recognizable to those who live nearby, but the regular markings of a neighborhood will be familiar to all. In a small way, Hays also addresses the economic disparity that makes art accessible to some but not all: She sold $15 prints at the opening, along with a gorgeous $30 artist book published by the local independent publisher Extended Play. And she eventually did meet the sister walkers to give them a painting and invite them to Keeper. They came, probably more curious than anything, and recognized the specific way they walk and interact with their neighborhood. 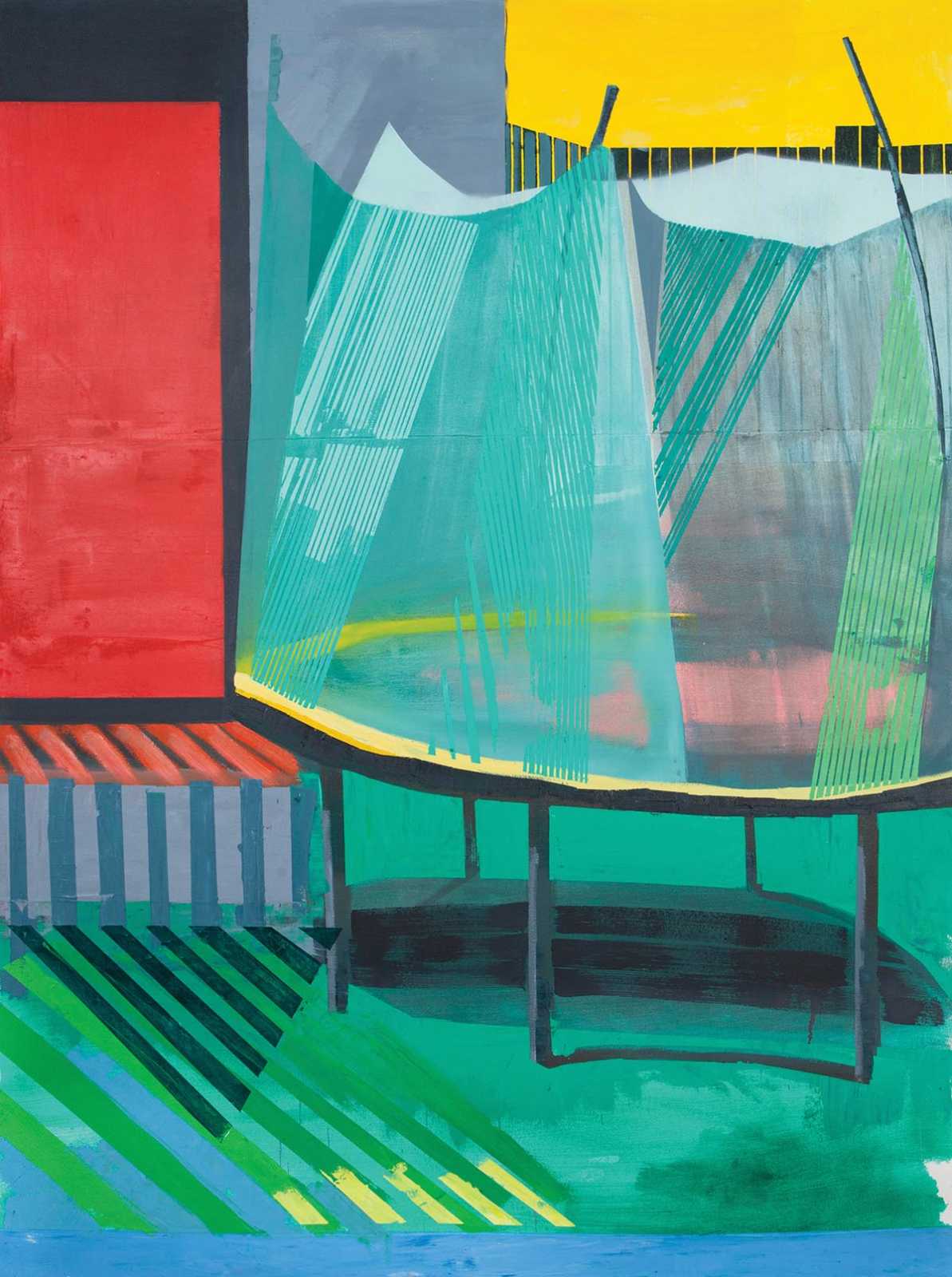 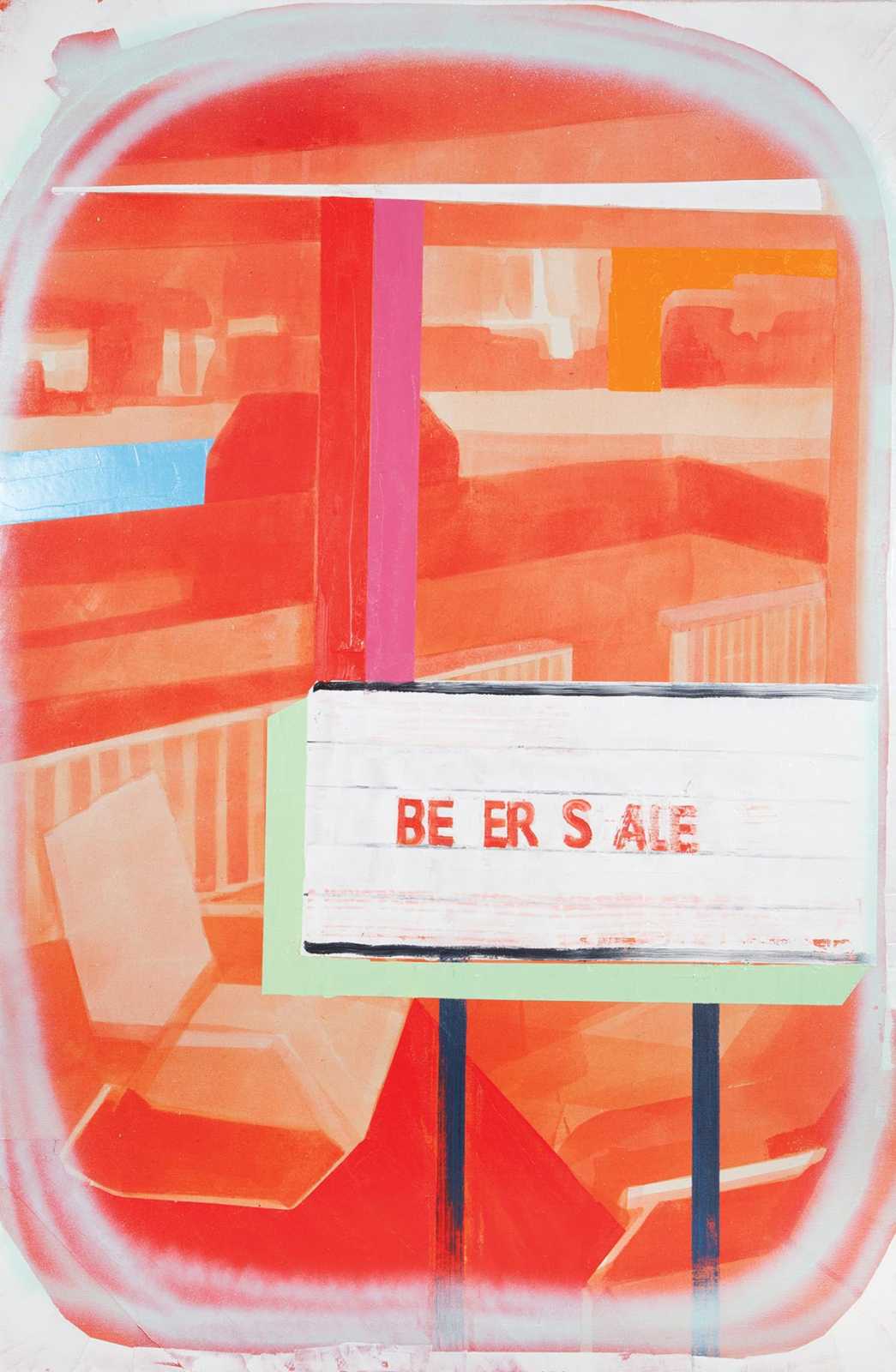 To get back to Guston, Hays has sold me on the idea that it’s possible to think of painting as resistance. Making art during uncertain times is an act of faith, of hope that we can do better and that we can influence the arc of justice, in however small a way. In a conversation I had with Hays for BURNAWAY last year, she said, “ . . . making your small mark in the midst of a larger world fraught with decay or cynicism––that’s hopeful.” So is making a daily commitment to being a good neighbor, and trying again if we fail.