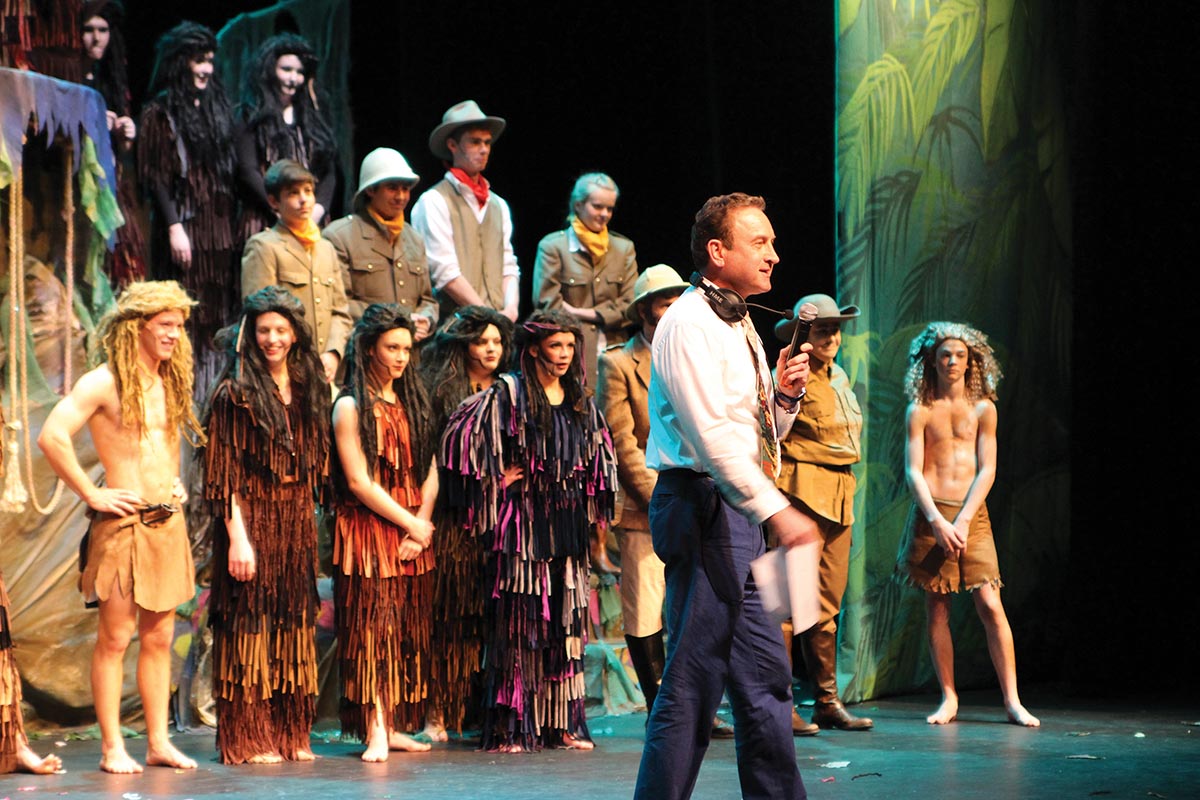 Bryan with the cast of Tarzan; Photography by Nancy Keen Palmer-Gift

Beehive: the 60s Musical marks the final theatrical performance for Ensworth School seniors and the farewell performance for Donnie Bryan, the school’s long-time and much-loved Chair of Visual and Performing Arts. The production, March 8–10, brings together the full spectrum of talent within that department—theater, visual arts, dance, instrumental, choral, and the Ensworth rock band.

“I love this show because the kids get a music history lesson,” says Bryan. From social chaos and Vietnam to Motown and “Abraham, Martin and John,” this musical resonates across generations and demonstrates relevancy with today’s world. “We haven’t learned a thing,” Bryan says.

Described as “the ultimate celebration of 1960s female empowerment,” Beehive features the music of iconic singers including Aretha Franklin, Janis Joplin, Diana Ross, Tina Turner, Leslie Gore, and others who elevated the power and presence of women in the world of entertainment and social and political action. The passion, soul, and presence of each of these performers and their memorable songs are presented by a powerhouse of ten young women (four of them freshmen) within a cast of forty-two performers and ten musicians.

“I always pick a musical,” says Bryan, whose previous productions have also included Ring of Fire, Aida, and Tarzan: The Musical based on the Disney film. That selection allows for the greatest number of participants within the department, while also spotlighting the creative talents of visual artists (set design) and the school’s outstanding theater tech team. 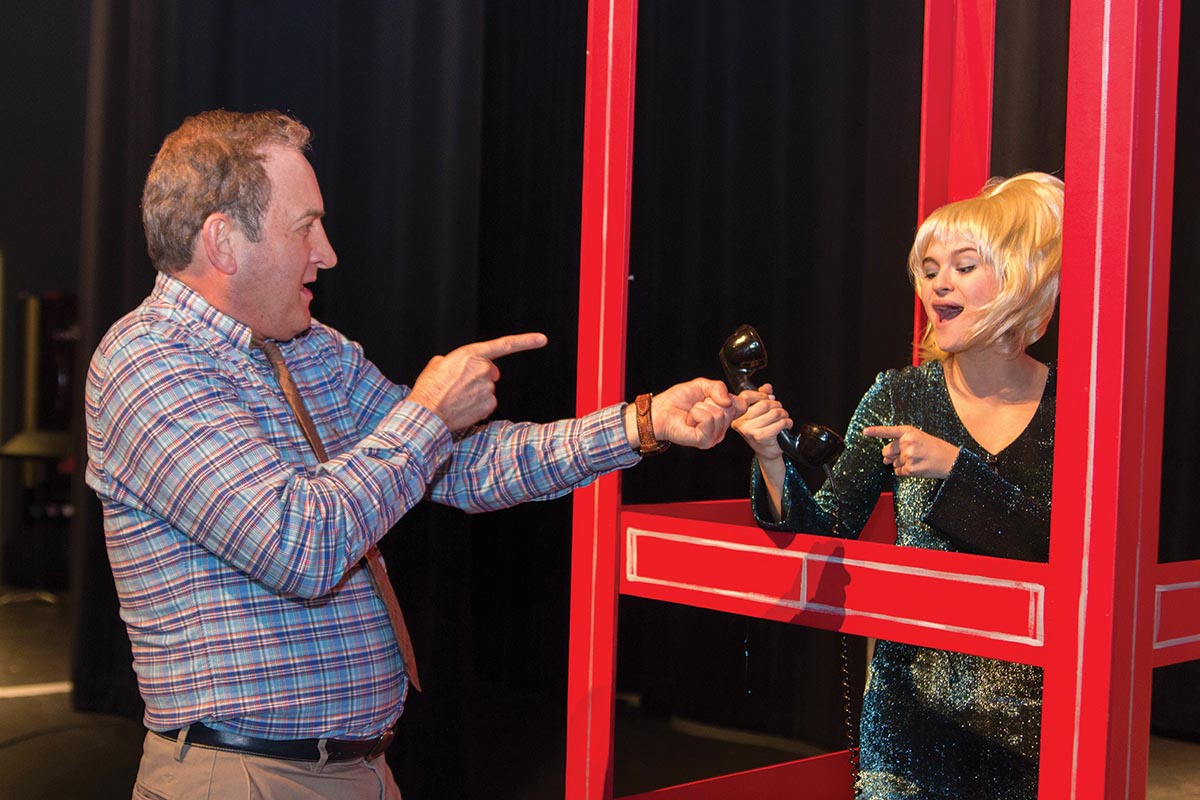 Building on his previous association with Theatrical Rights Worldwide (TRW), Bryan arranged an original adaptation and the first-ever high school production of this popular Broadway musical which can be offered by TRW to other schools. Bryan’s script adaptation, with new narration and a different order, also allows building in male performers. A past similar collaboration enabled Bryan to expand the Johnny Cash musical Ring of Fire from eight performers to forty.

The title Beehive refers to the “beehive” hairdos of the era. “Students were amused when I explained the whole process of spraying and sleeping with the hairdo wrapped in toilet paper,” Bryan laughs. With forty wigs and cases of hairspray, he muses that “somewhere there’s a warehouse that thinks the beehive is coming back into style.”

This big, bold, nostalgic production is the perfect closing act to mark the end of Bryan’s thirty-seven-year career in high school arts. “I have loved it,” says Bryan. “This is a great group of seniors, and I will toss my cap with them at graduation.” Bravo!