Fisk University presents two powerful photography exhibitions that investigate the conversations we as a nation are having about social justice and, perhaps more important, the conversations we should be having. Let Us March On: Lee Friedlander and the Prayer Pilgrimage for Freedom is a collection of Friedlander’s photographs that document the Prayer Pilgrimage, a milestone moment in the Civil Rights Movement. Jonathan Calm’s body of work, African-American Automobility: The Dangerous Freedom of the Open Road, utilizes photography to explore decades of the experience of “driving while black.” 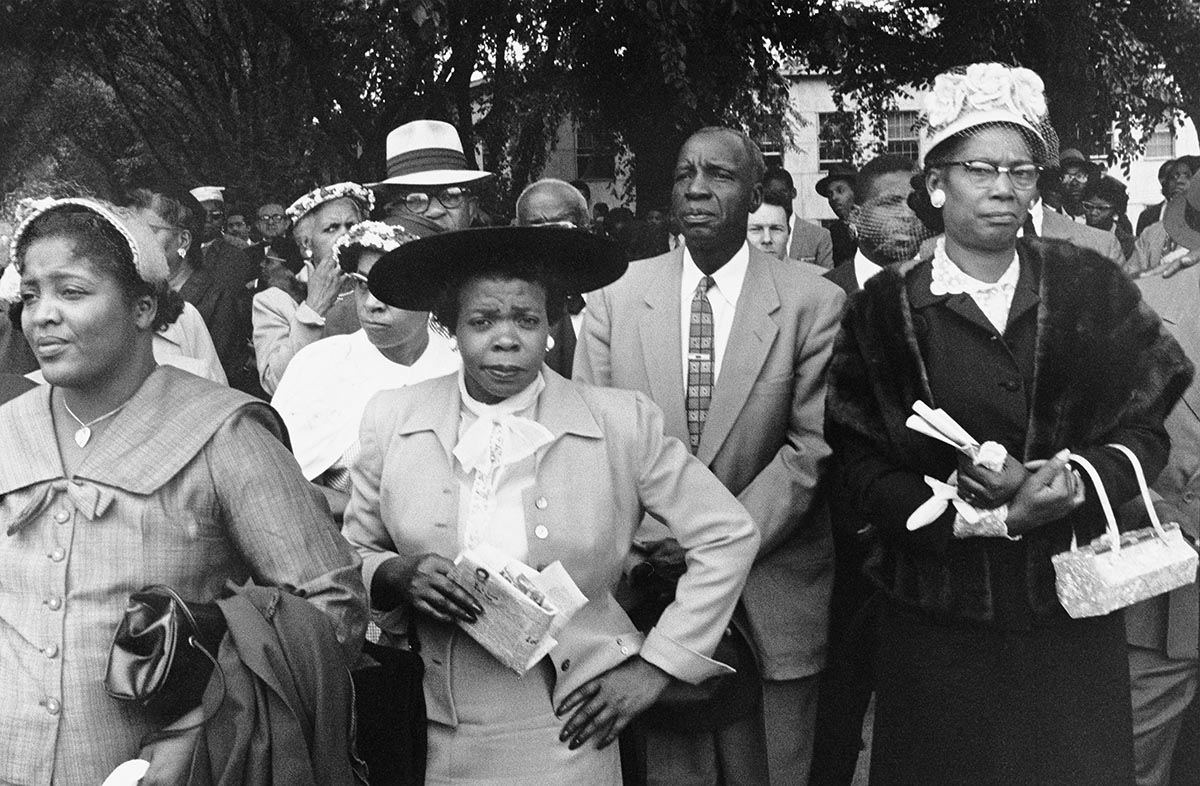 Jamaal Sheats, Head Curator of Fisk, says of the shows, “I felt like it was important to do this type of exhibition right now to honor the legacy and the history [of the African-American experience] and also to think about how [to] recontextualize these ideas and these themes [and] push them forward. I think it’s important to have both of those conversations at the same time from two different vantage points.

The subject matter isn’t necessarily easy to talk about. But the beautiful thing about it is that the artwork can speak for itself.” 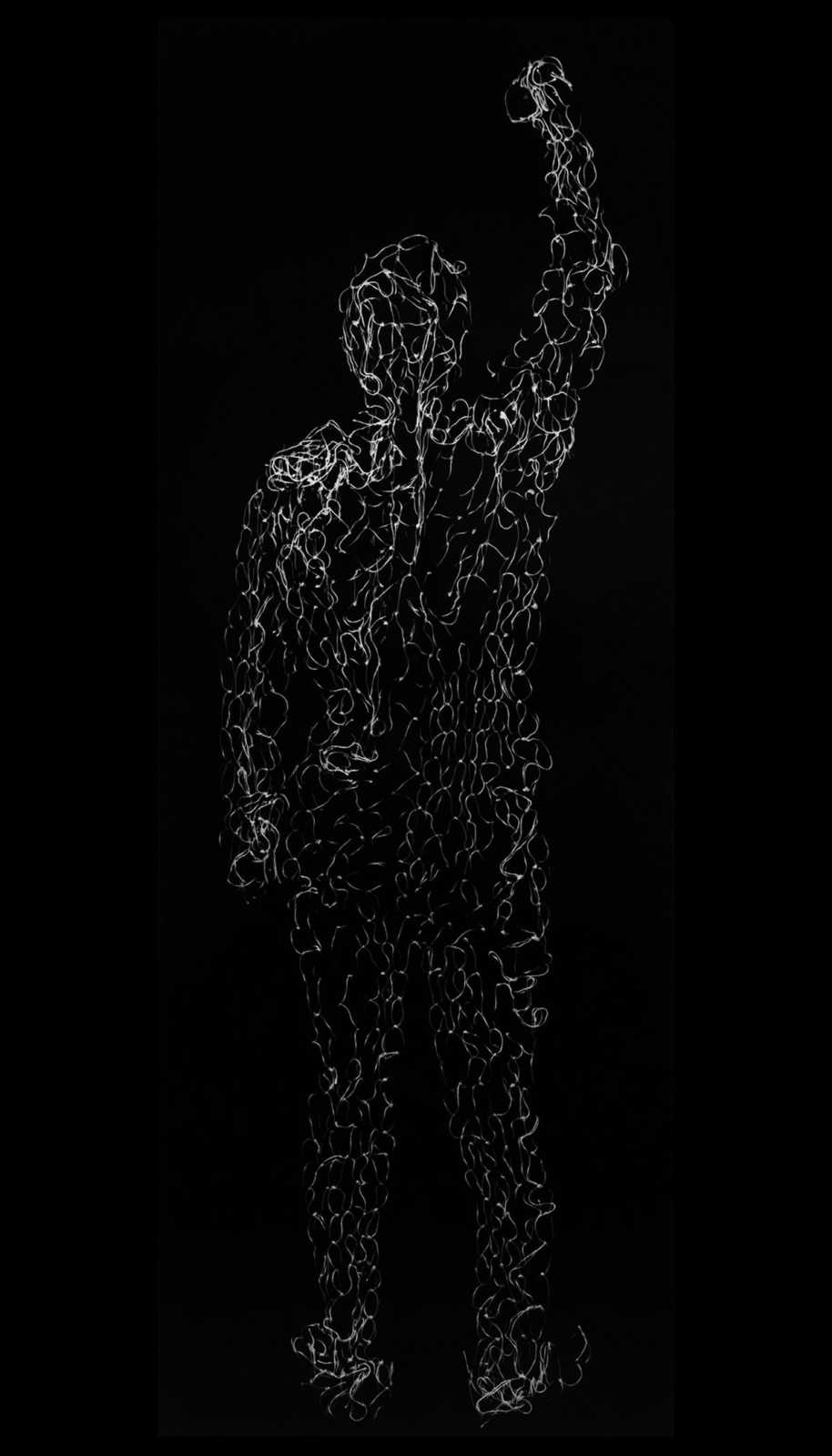 Let Us March On is a collection of Lee Friedlander’s photographs of the Prayer Pilgrimage for Freedom. The event took place in Washington, D.C. on May 17, 1957—the third anniversary of the Brown v. Board of Education decision and was, at the time, the largest organized demonstration for civil rights. Tens of thousands of activists rallied in front of the Lincoln Memorial to peacefully protest ongoing segregation, voter suppression, and racial violence. Mahalia Jackson, Rosa Parks, and Dr. Martin Luther King, Jr. were among the prominent figures photographed that day. Included in the collection are images of King delivering his “Give Us the Ballot” speech—his first address to a national audience.

Friedlander’s photographs capture the grace and determination of a people standing together, seeking to be heard. His thoughtful compositions convey energy and optimism, best exemplified by his image of arms raised in solidarity against a clear and expansive sky. They also include more intimate portraits of the attendees, including a defiant Boy Scout staring skeptically back at Friedlander, who is white.

The foundation for Jonathan Calm’s show, African-American Automobility: The Dangerous Freedom of the Open Road, began as a journey tracing the historic path typically taken by African-American travelers utilizing The Green Book—an essential tool in the thoughtful and strategic planning required to safely migrate north. Calm stopped along the route to photograph the current state of the locations listed in the Green Book originals. His stark and beautiful images document the sites that were once the hotels, restaurants, and gas stations that black motorists would have been able to visit without compromising safety and dignity. 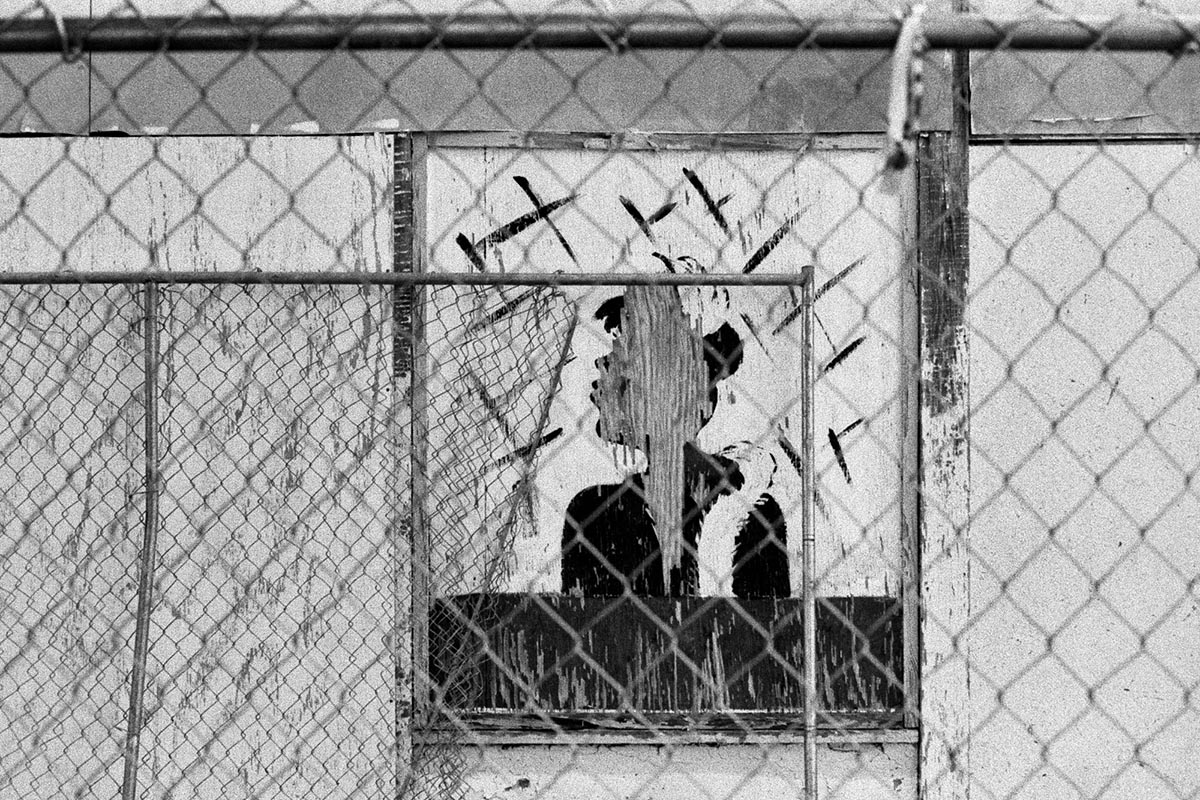 During this trip, Calm began to see the car as a lens through which to view the larger issue of racism in America. He explains, “To reckon with the past of this particular era—that there even had to be a motorist guide for black people traveling the United States—is to also acknowledge the present [where] we have video after video of African Americans being shot in their cars for handing over documents. [My work examines] how big and systemic the problem has been and continues to be for black motorists. This story is still going on.” Calm’s exhibition also includes a body of work entitled Travel Is Fatal to Prejudice, which serves as a somber memorial. These 45 satellite images of urban locations are printed using a solarization process, rendering the buildings as delicate and silver against a background of black. The shape of a target overlays the map, the bullseye marking the location where a black person was the victim of police brutality. By utilizing a removed perspective, a macro-view, Calm’s work asks us to do the same—to see this as an issue of our collective humanity.

In one of a series of self-portraits, Double Vision (Recording I), Calm is posed lying on the cement of a well- traveled road. It’s a pose we’ve seen time and again, in images and videos of arrests. In his mouth is a camera lens pointed directly at the viewer. The perspective challenges the viewer to confront the larger systematic problem of racism, reversing the roles of subject and observer, asking that we see ourselves in these stories. 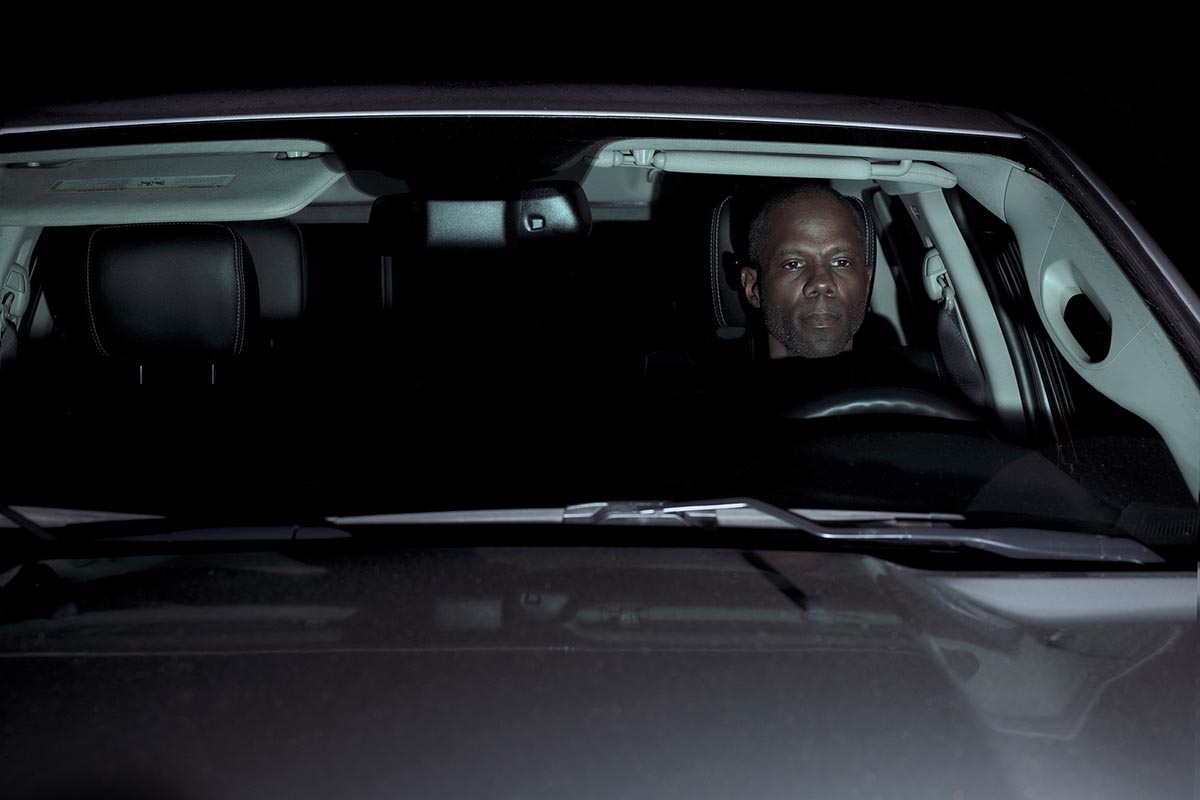 Calm’s photographs put current events into historical context. Reflecting on his work, he discusses the potential of the current socio-political landscape. “We’re at a place where we’re able, because of social media, to find each other and protest and ask for change. It’s my hope that there is enough of that over time that we actually do get federal, state, and local laws changed. I still remain hopeful.”

When asked his reasoning for pairing the two shows, Sheats explains, “Both deal with memory—personal memory, institutional memory, the memories of our parents and grandparents. I think it’s important to be able to talk about that history. By displaying them both at the same time it creates a cyclical and perennial conversation that I think it’s important for us to have. And the best way to do it is through art.” 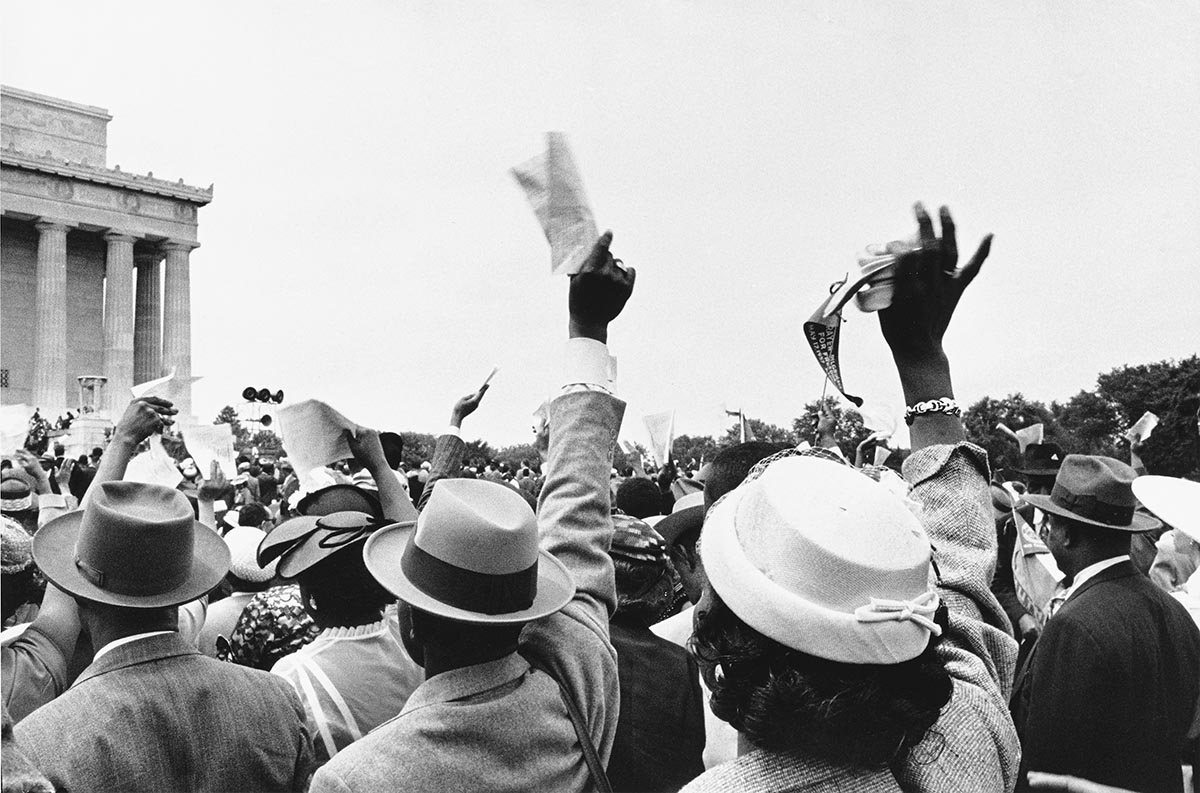 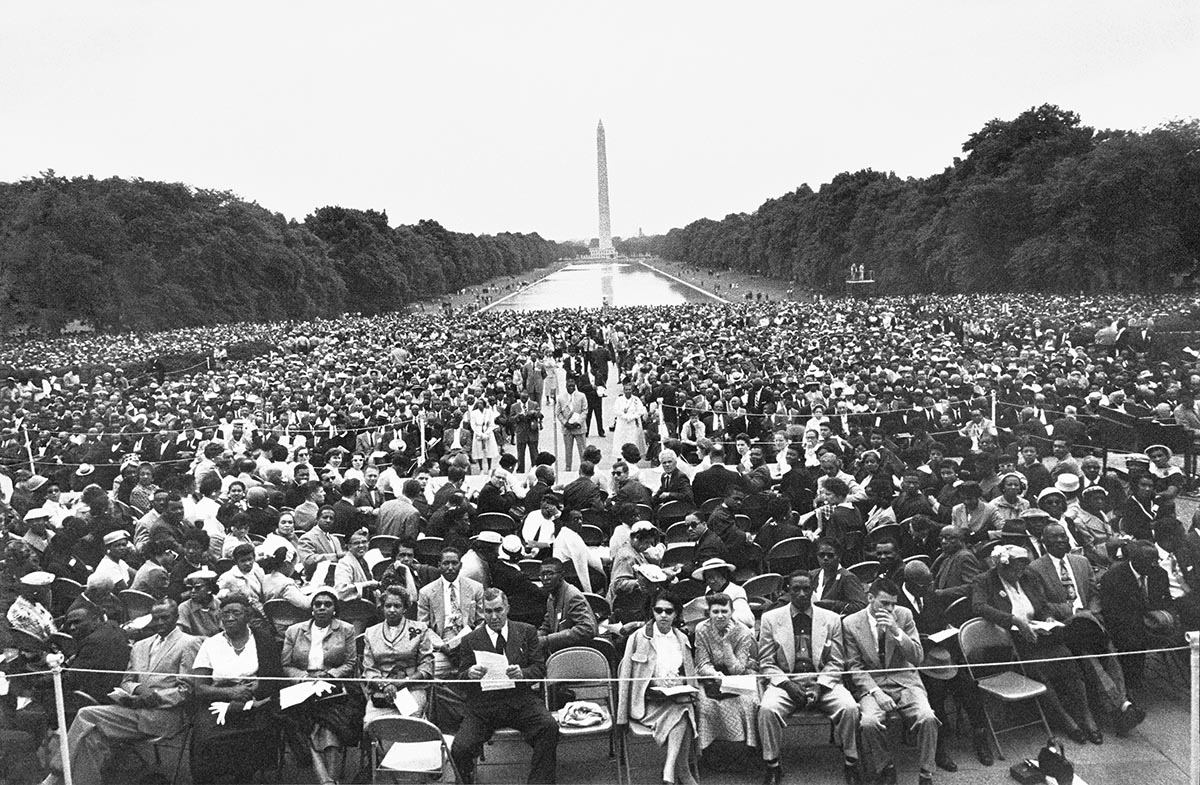 Engage in the conversation, challenge your perspective, and listen to what these works have to say. Both exhibits open at Fisk University’s Carl Van Vechten Gallery the evening of Thursday, April 12, timed to align with the anniversaries of both the assassination of Martin Luther King Jr. and the Civil Rights Act of 1968. The Friedlander exhibition will be on view until August 19 and the Calm exhibition until September 15.