New Dialect Dancer, on his recent performance at Track One, which geared a big buzz: 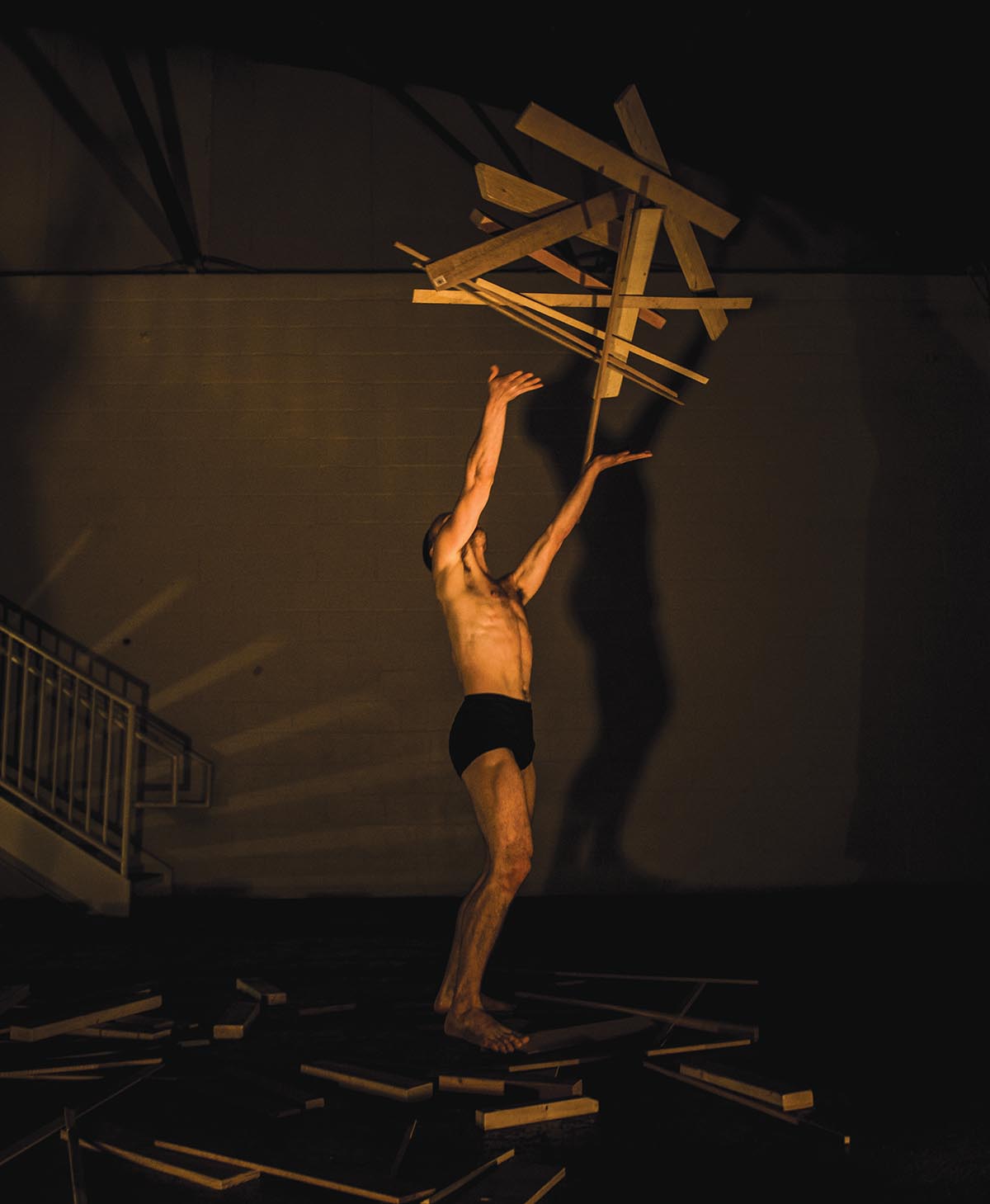 Creating work on my own has been an interest of mine for many years. I find that my creative ideas tend to manifest themselves more clearly when I choreograph alone. All the interests and abilities I know I possess float around as possible tools until some become anchored through research.

“Attempted Solo” was conceived from my habit of condoning instability in my life, instabilities that could easily be addressed and fixed. I find myself either completely ignoring obvious problems or finding easy ways out, offering temporary relief. I knew I wanted to interpret these life habits through a relationship to a set piece or structure of some kind. The choice to research with wooden planks was made during a rousing discussion with my music composition collaborators for the project, Matt Kinney and Kay Kennedy. They are brilliant artists who came to the table with many ideas of their own, and the concept and arc of the piece were quickly sketched.

The context for “Attempted Solo” developed into an abstraction of an interview. The brainstorming sessions interpreting the interview model proved to be stimulating and mysterious. With just its bare bones, an interview is an interaction between people that has the potential to hold so much vulnerability. I researched the role of an “interviewee” working towards accomplishing a series of tasks. I envisioned myself building structures, relating to structures, and using my body to finish structures with the wooden planks, all while being evaluated by an outside character. I wanted the tasks to be physical exploration with a level of narrative. I wanted the audience to see me as an emotional being while appreciating my physical form.

Each time I performed the solo I would purposefully push my limits of comfort. I feared if my approach ever felt easy then the audience would miss the urgency of my situation. My relationship to the wooden planks became very real. I discovered many ways to relate to the pile of wood, and my feelings towards the planks developed into a spectrum from intimacy to fear and vulnerability. I was lucky to walk away from this project with only a couple of bruises and splinters!