In our attempt to help others, we often end up helping ourselves. When we embark with curiosity on the path undeniably unfolding before us, the most beautiful parallels and synchronicities can blossom. 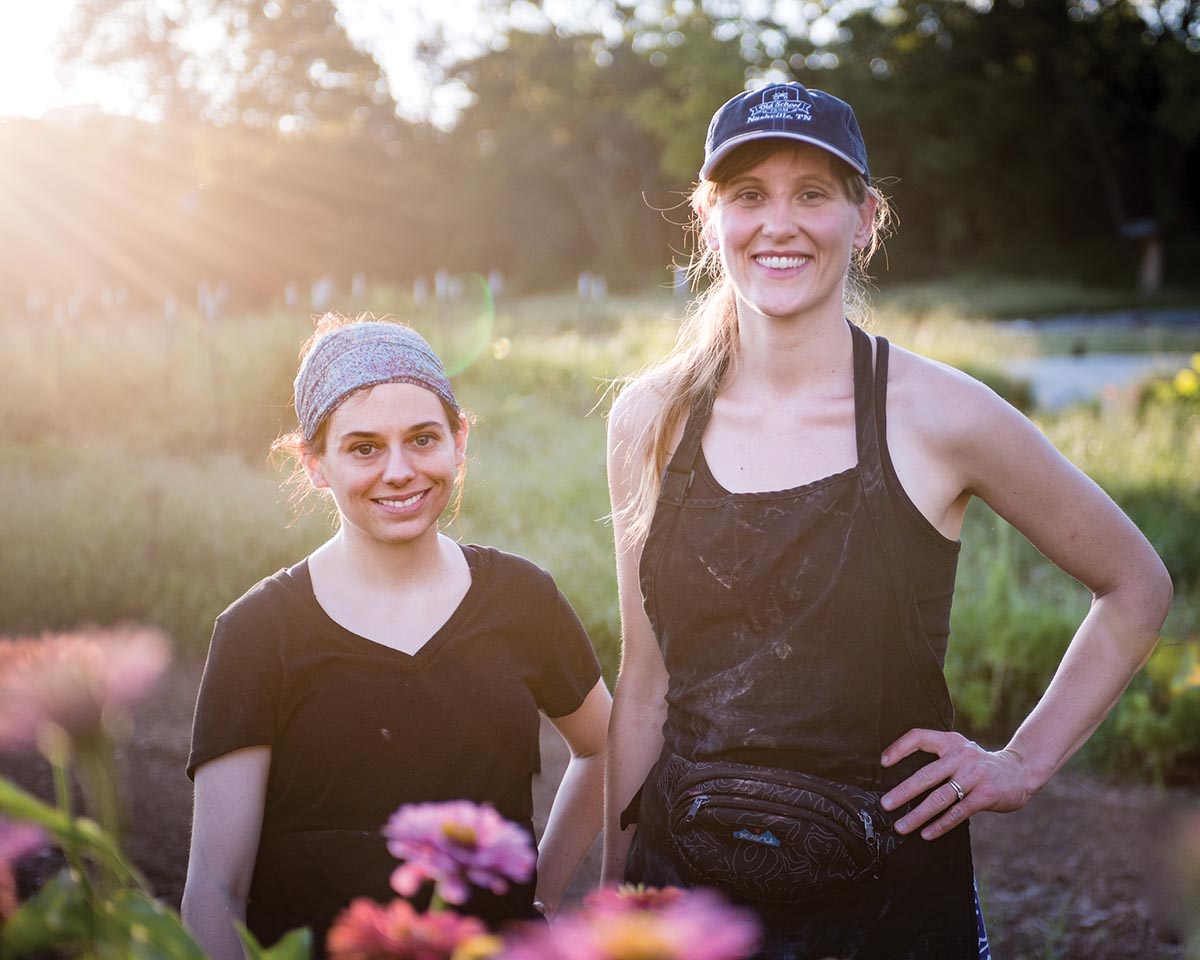 In 2017, after seeing the perfect spot for a pottery studio at the Old School Farm, a non-profit her husband manages whose mission is meaningful employment for adults with varying abilities, Julia Whitney Brown approached the board with her vision for Old School Farm Pottery. Rooted in her love for social practice, what began as an intention to bring beautiful tableware to the affiliated Old School Farm to Table restaurant is now allowing her to provide the opportunity for other artists’ dreams to unfold alongside hers. 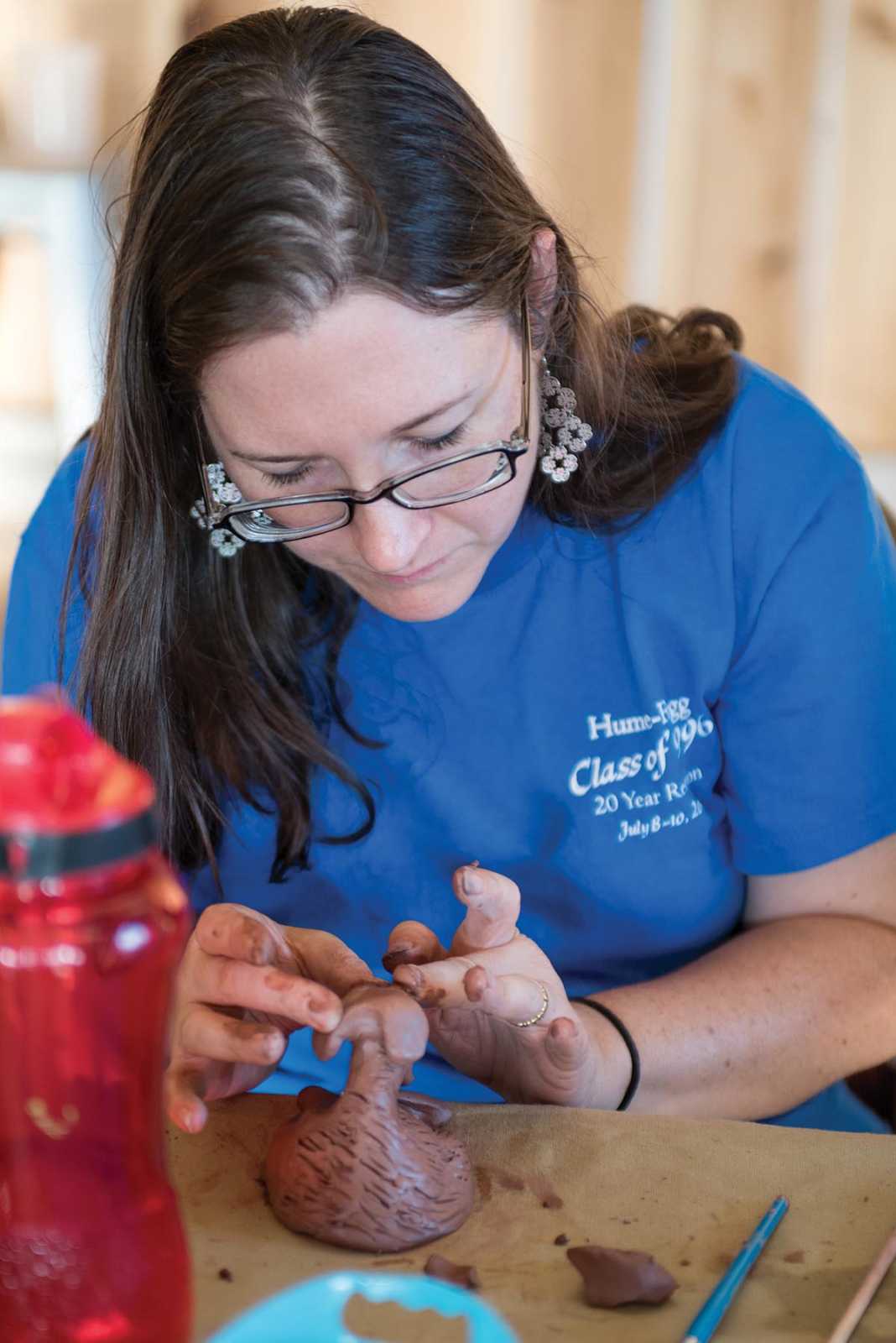 Brown’s story began when she was a child growing up under her mother and father’s different worldviews. Having begun a life more attuned, by her father’s influence, to natural cycles and traditional handicrafts, her later immersion into public school came as a bit of a shock.

In order to ease the difficulty of social interactions in the new, foreign world she had arrived in, she retreated into her grandmother’s pottery studio. She became more isolated and, in her words, “became more attuned to objects and how to create solutions with them.” What she didn’t know at the time was that in later years she would become more attuned to people than objects, bringing her back out of isolation and into providing relational solutions with her art.

This is where we meet Joanna Mechan, an adult of varying ability who had been working at the Old School Farm in the office doing marketing and photography. Through her work there, the other staff members had already identified Mechan as a creative who loved to help people, so she was recommended without hesitation for an assistant position at the newly founded (2017) Old School Farm Pottery, while continuing her employment in the office.

In the initial experiential classes, Mechan worked as a teacher and assistant. Brown was thrilled to have her and thought she was the perfect employee for the studio. However, it wasn’t until Mechan confided in Brown that she had previously attempted to attend college for ceramics and had dreams of becoming a clay artist that anyone knew of the deep synchronicities that were unfolding. Due to a lack of support for her learning difficulties in two different programs, she ended up giving up her dream and eventually switching to a small art school for photography. 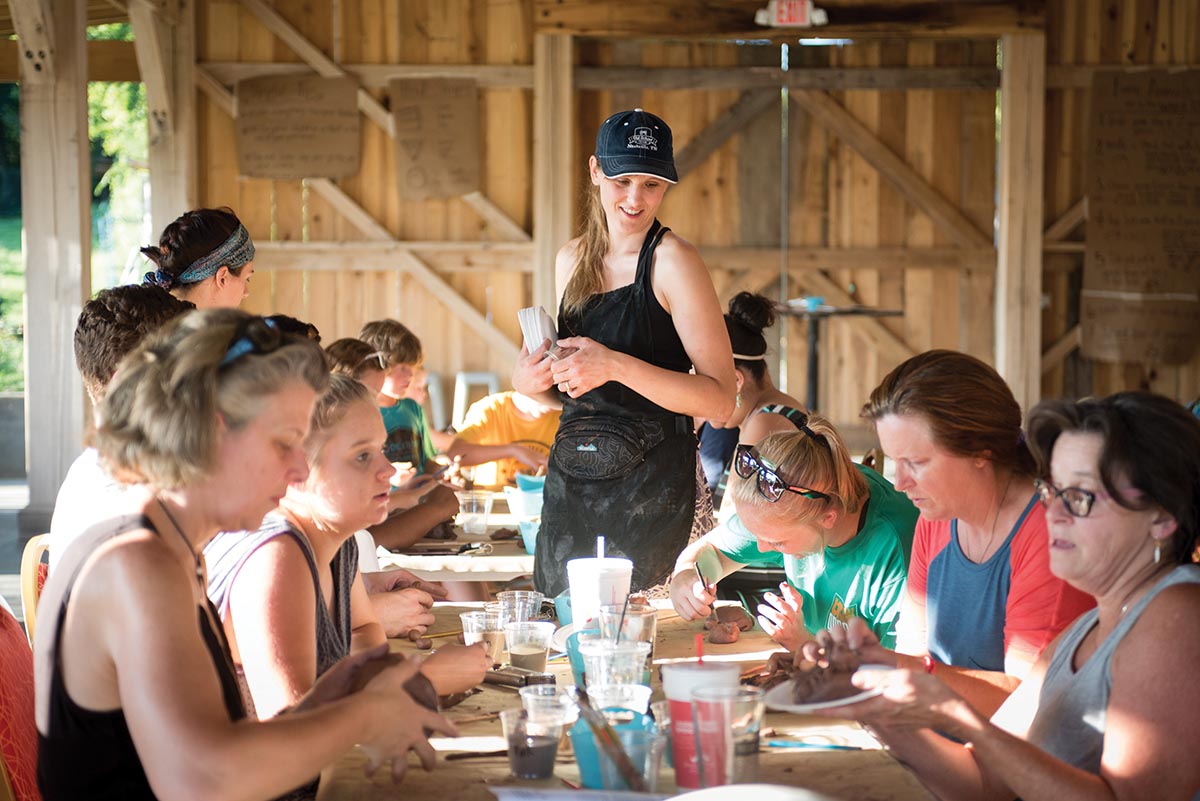 The organizational model for Old School Farm Pottery has three branches: a production studio by day (with which Mechan assists), education and outreach through public pottery classes, and meaningful employment for adults with intellectual disabilities. Brown and Mechan’s dreams include providing more hours for Mechan in the pottery studio as well as creating an artist incubator to provide support for her and other artists of all abilities. One of the ways you can support both is by attending a class. For a customized experience for both novice and advanced potters, check out Old School Farm Pottery’s six- week sessions. For children and families, try the Saturday Clay Days once a month. And if you’re looking for a more intimate experience with a loved one or friends, try the three-hour “date night” classes. 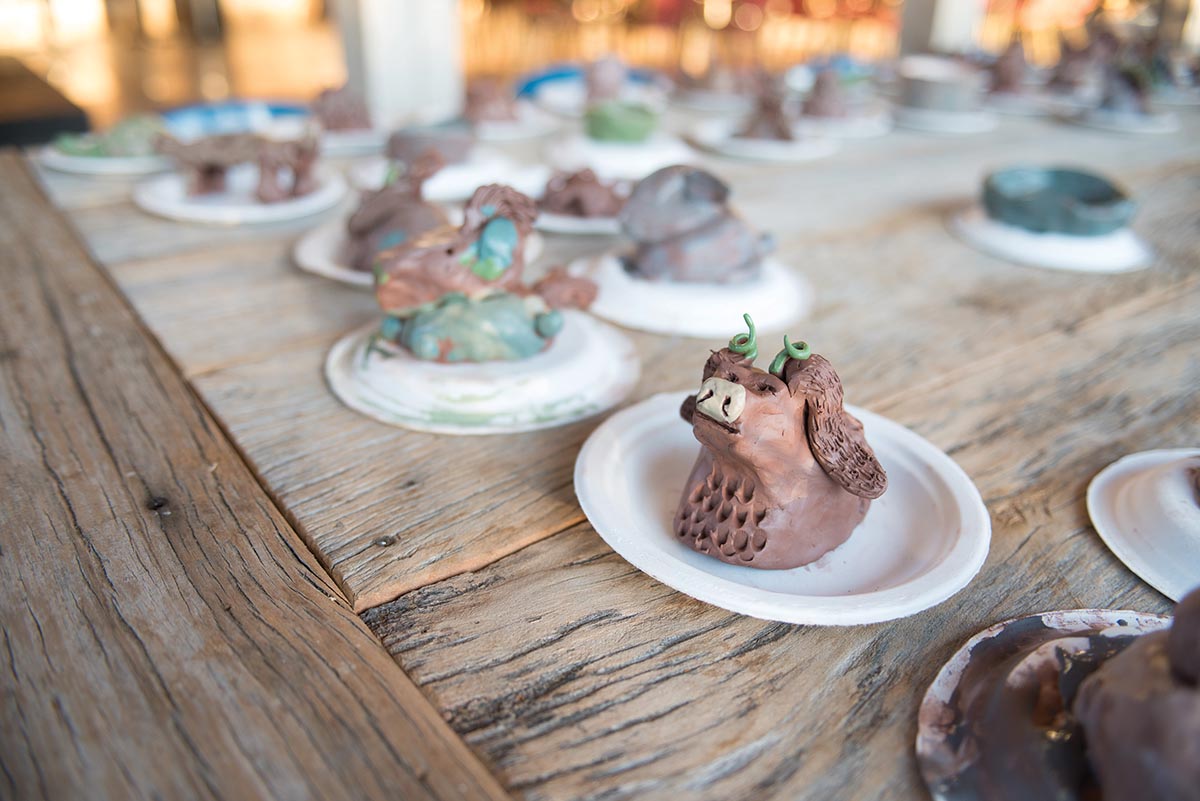 Sculptures made during Clay Day Projects

As you support the mission of Old School Farm Pottery by immersing yourself in a class or by purchasing tableware for your home or business, maybe you’ll find, as Brown concluded, that “art doesn’t exist in isolation. But rather, life is integrated with art, and art is integrated with life.”