New Nashville: How do you make it work for longtime residents and newcomers? Who gets to have a voice? Who is being represented, and how is their story being told?

If any organization has the power to answer these questions, it’s CONVERGE. From bridging discussions between neighborhood residents and developers to encouraging artists to collaborate on community-minded projects outside their comfort zones, CONVERGE is the producer, relationship counselor, organizer, and healer for a boomtown with growing pains. 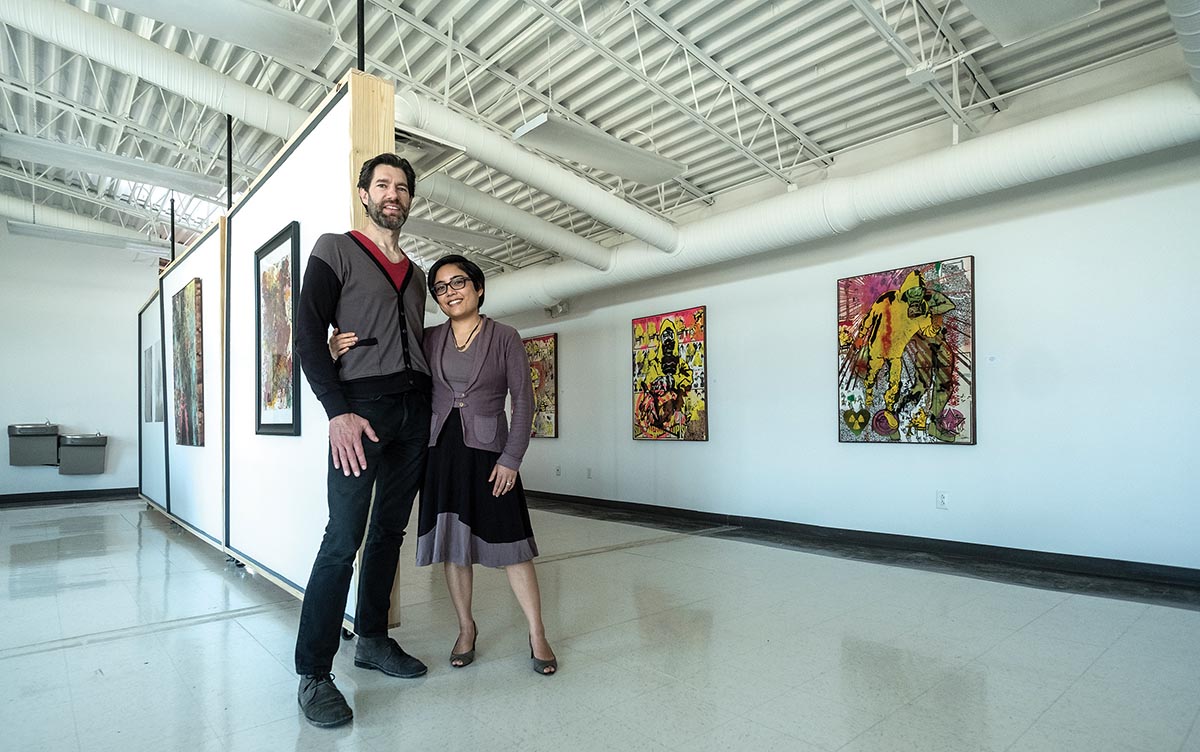 Cofounded little more than a year ago by the husband-and-wife team of artist/poet/curator Alysha Irisari Malo and architectural designer Eric Malo, CONVERGE is a “curated community of artists and creative thinkers who collaborate on interdisciplinary projects that have a positive social impact.” These are broad terms, which means the possibilities for CONVERGE are flexible and seemingly endless. It’s all about new ideas—new ways to interact with neighborhoods, with your community, with the artists around you. It’s about support, communication, and actualizing opportunities on a small scale.

Originally, CONVERGE began as an idea to create coworking opportunities in the area. Eric was working from coffee shops; Alysha was working from her studio in their house, and both recognized the desire for collaboration and feedback. Perhaps a shared workspace would provide what they were looking for. But soon CONVERGE became much more.

Nashville’s Wedgewood-Houston neighborhood is an area that, like so many communities in Nashville, has experienced escalating change over the last five to ten years. Alysha and Eric moved to Nashville from Chicago a decade ago, and like many who live in the area, they wanted to do more than bear witness to changes. “We really want to keep the character of the neighborhood as it is,” Alysha says. “We’ve seen it morph, so we want to have some say in how it changes.” 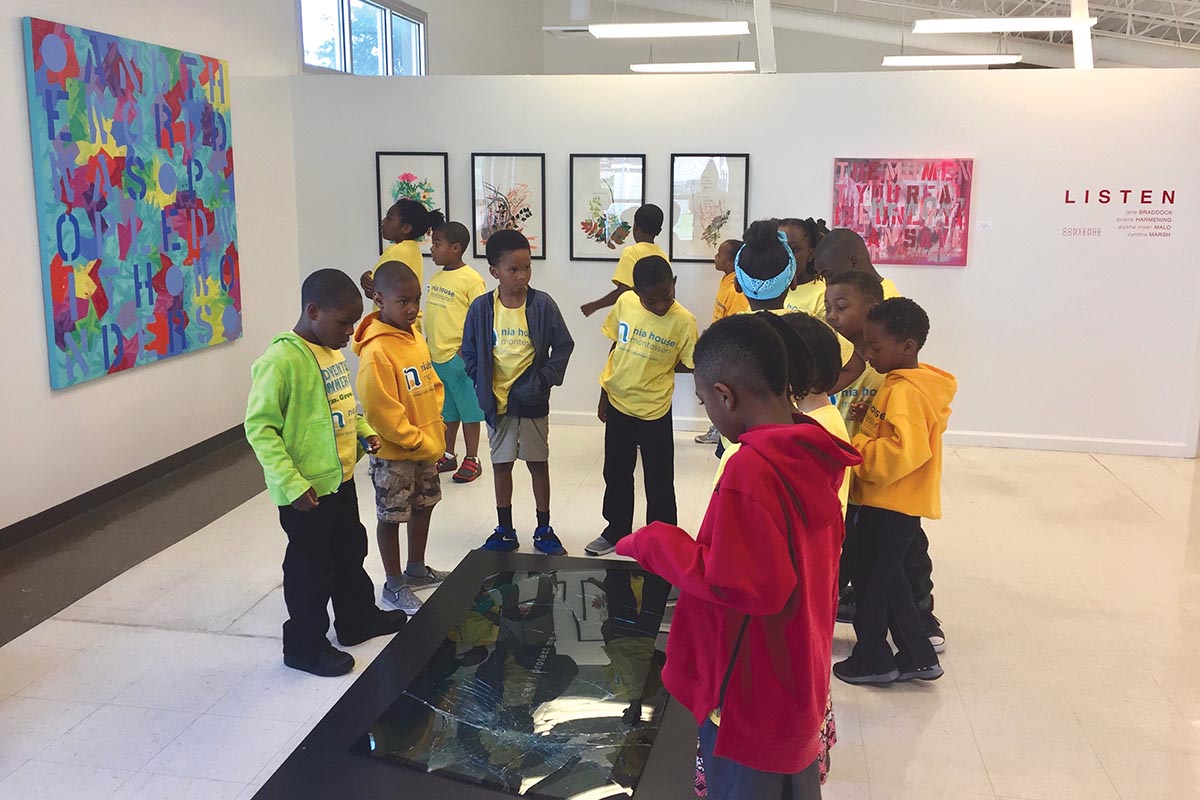 Young students toured the text based show LISTEN during a field trip last May. Their visit included discussing the meanings of the artwork and an exercise on curating an art show; Photograph by Alysha Irisari Malo

To this effect, one of CONVERGE’s core projects has been their Neighborhood Design Workshops, which bring together residents with developers, architects, and urban planners to discuss ideas for the changing neighborhood. Some workshops have been specific to certain projects, while others have a wider scope, focusing instead on public space, etc. “We try to get neighbors to envision and be proactive about what they want in their neighborhood in terms of built environment and urban planning, to think about what kind of alternatives there are to the norm development,” Alysha explains. Workshop attendees are encouraged to draw, sketch, and share creative ideas.

In the last year, CONVERGE has morphed as well, adapting to what community members want and need from the organization. Alysha explains that the Wedgewood-Houston design workshops were their “starting point,” and they have consciously expanded into general cultural programming that benefits communities. “We are doing intentional collaborations,” Alysha explains. “It’s more about listening to what [communities] need and responding. [Topics] could be wellness, urban planning, art, or social concerns like the marginalization of people who have disabilities.”

Recent programs include working with Julia Whitney Brown of Old School Farm Pottery, which employs people with developmental and intellectual disabilities through the creation of high-quality, handcrafted dinnerware, which is then sold through their organization and featured at Old School Farm Restaurant. In February, an exhibition titled Unplanned Journey presented a powerful film and music installation by local singer-songwriter Mary Jennings and local filmmaker Jama Mohamed, which told the stories of families and individuals affected by disabilities and chronic illness. Mohamed told Alysha afterward that he never would have considered a collaboration like that without her direction. 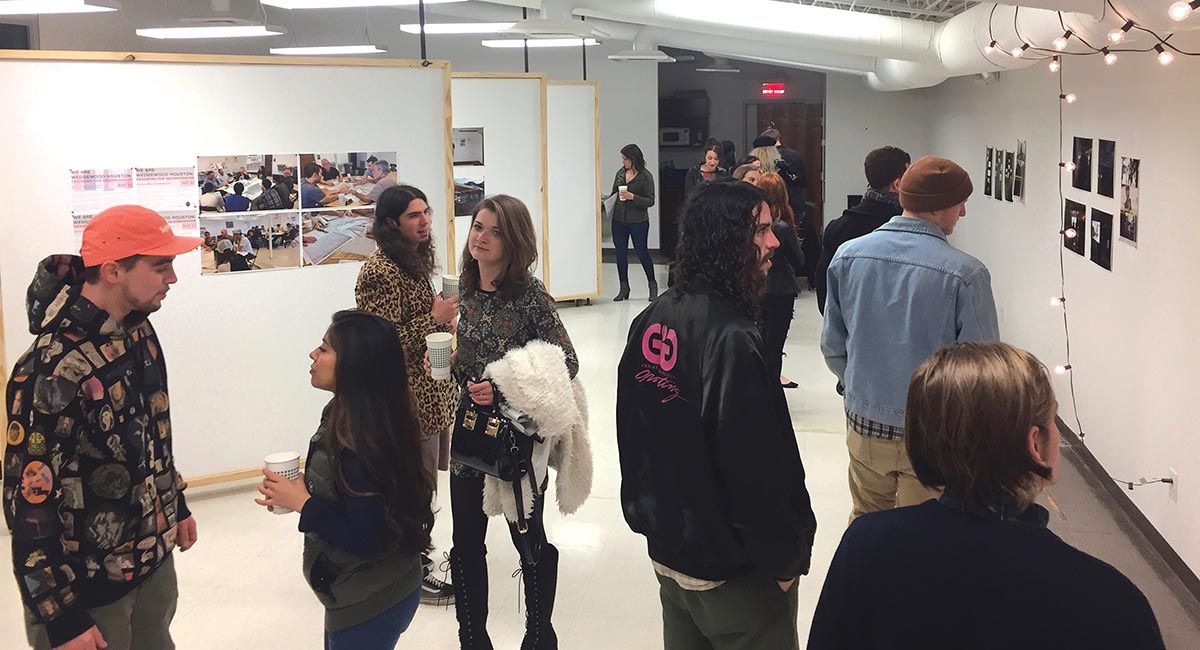 Visitors viewed photos of past projects at CONVERGE’s renovated space during their First Anniversary Celebration in March; Photograph by Alysha Irisari Malo

In April, CONVERGE worked with Belmont students on an art show called Force of Nature that benefited the Tennessee Environmental Council. And they are working to expand the Neighborhood Design Workshops beyond Wedgewood-Houston to more Nashville neighborhoods. “[Other communities] are experiencing a lot of development, and they feel like they need a voice as well, a voice at the beginning of the process, not just a voice at the end to just say, oh, we like that or we don’t, but to really give ideas to the developers,” Alysha says. 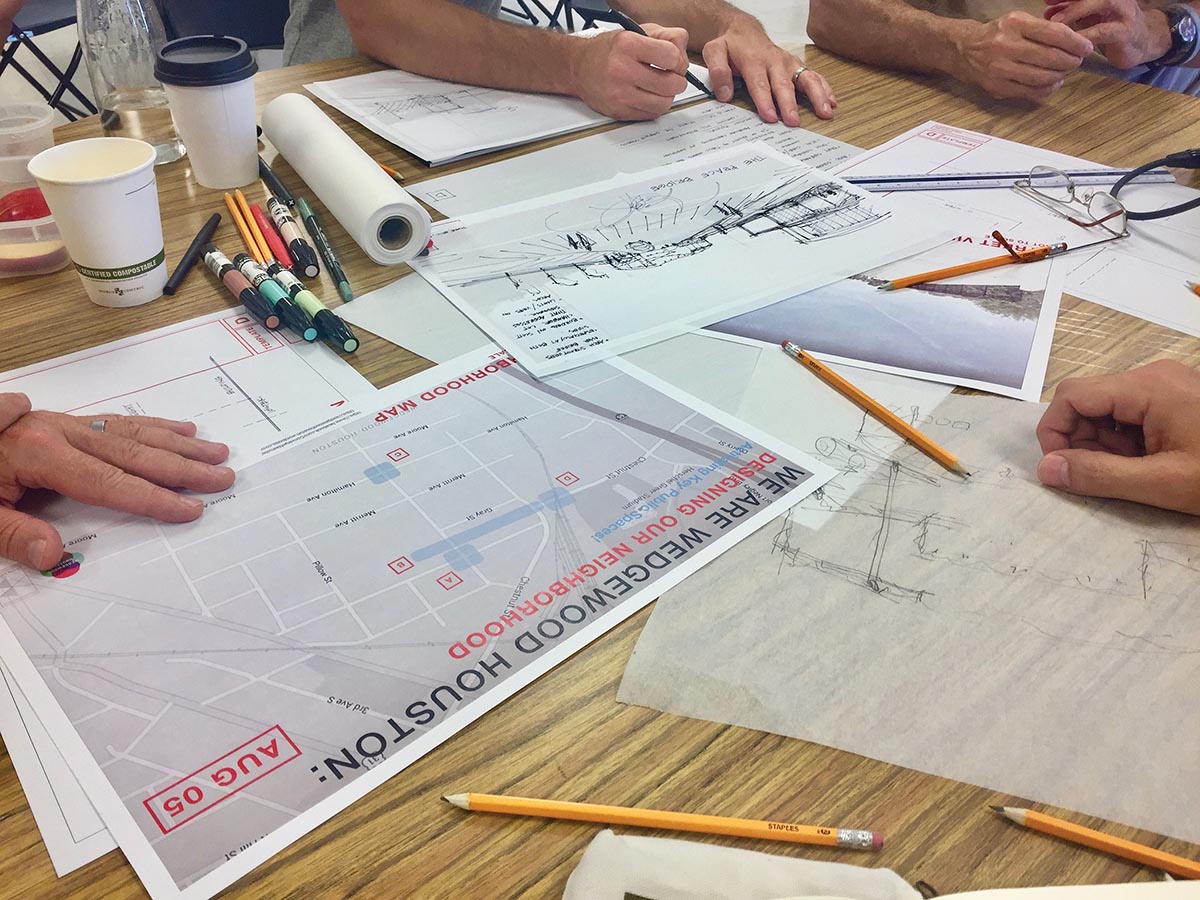 A tabletop full of notes, sketches, and ideas generated at a Neighborhood Design Workshop; Photograph by Alysha Irisari Malo

CONVERGE has the ability to change minds—of neighborhood residents, of developers, of artists—and it seems to stand firmly on the idea that small change can yield major transformation. Alysha explains that the organization itself is small, with eight or so collaborators, and should continue to be a close-knit bunch. Up until recently, she and Eric personally engaged, through one-on-one conversations, collaborators that they thought would be right for the community. They are now officially opening their membership, creating the opportunity for others to become involved. “We need people that are creative but that also are socially engaged and want to collaborate with others,” Alysha says. “[We’re] looking for someone that wants to give back to the community in some way, somebody that already has ideas with a social practice or is interested in getting into social practice work, and needs support to realize their goals.”

With CONVERGE and the Malos acting as liaisons, change can be a very good thing.