Olivia Leigh Martin at Julia Martin Gallery Through May 26

“When you paint out of doors, the light on your skin is the same as that on the trees you are painting; the wind that moves the leaves also blows your hair. You are implicated.”

For Olivia Leigh Martin, as for many who are inclined to work en plein air, landscape painting is not strictly a visual experience but a full-body sensory engagement. You feel the wholeness of that place: the hardness of the ground under your feet, the quickness of the wind, the color of the light. “Louisiana has a violet light,” Martin tells me. “Dallas light is yellow.” 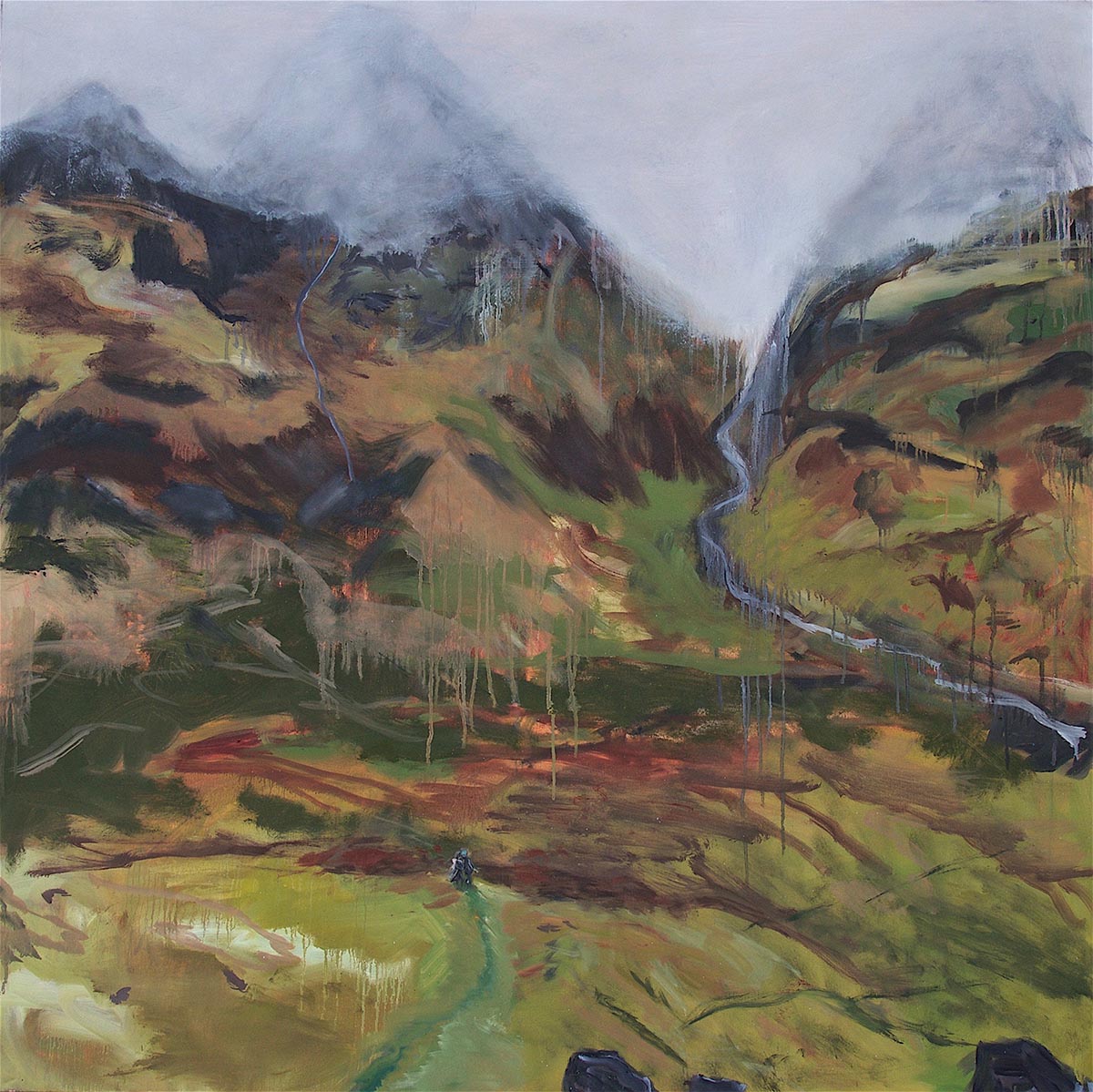 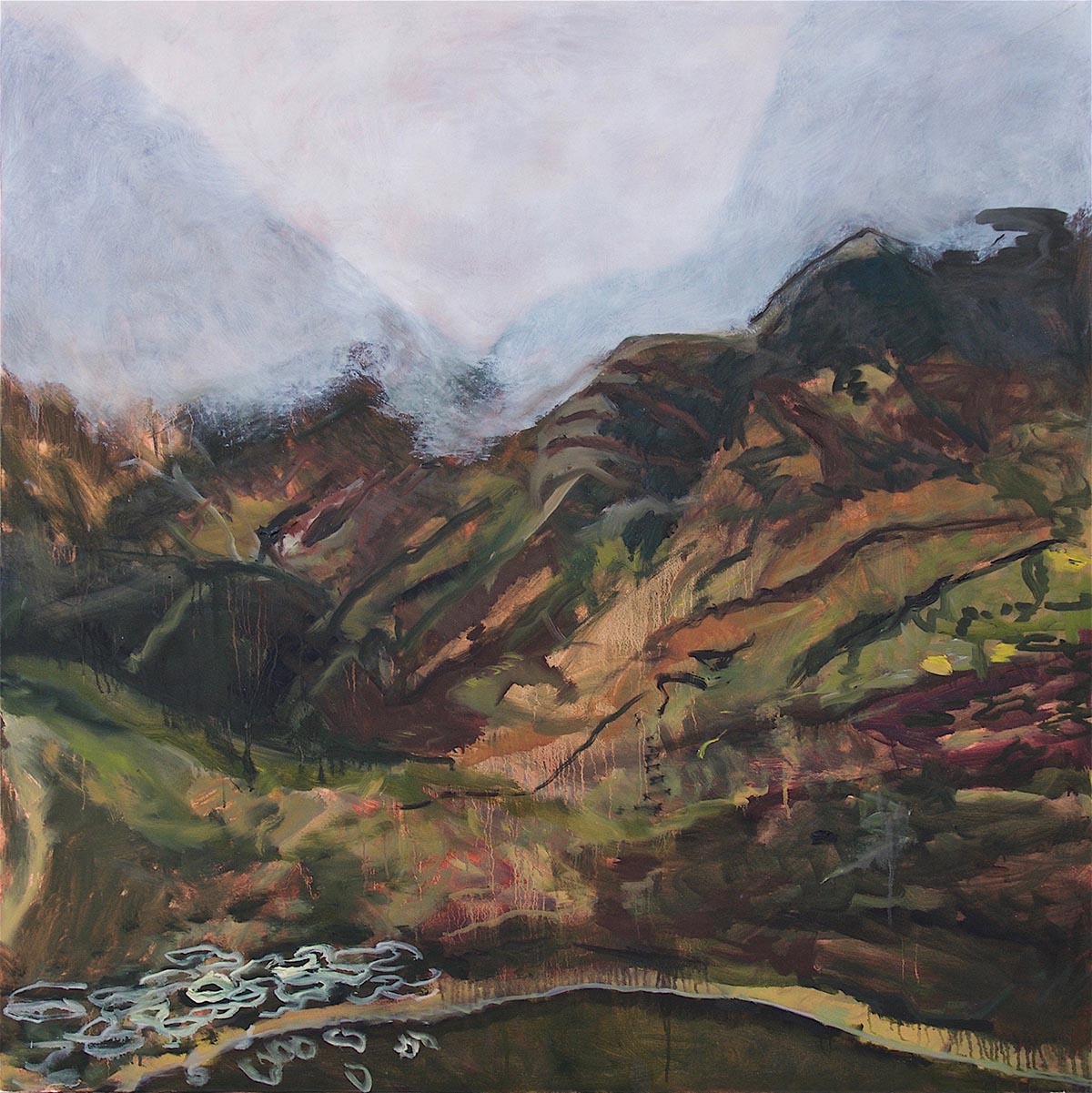 “Light is therefore colour” is how JMW Turner, painter of tumultuous landscapes, phrased the enigma. When you paint out of doors, the light on your skin is the same as that on the trees you are painting; the wind that moves the leaves also blows your hair. You are implicated. And since you are not a machine, you reveal your presence in your choices of color and mark—which, of course, is the idea.

Cameras are inarguably better at capturing the objective appearance of a place, at least from a single-eyed, mechanical, one-point perspective. But if such documentation were the only reason to make a picture, cameras would have made painters obsolete in the 1840s, as many predicted. Perhaps Émile Zola’s assertion that art is a “corner of creation seen through a temperament” gets closer to the purpose of the plein-air painter. Little in nature is more squirrelly and less reliable than human temperament. Really, I mean, what a mess we all are, changing second by second, through will and circumstance in equal measure. Having said that, places and objects are all pretty shifty and transitory as well. The longer we look and the more nuanced our observations become, the clearer that is. 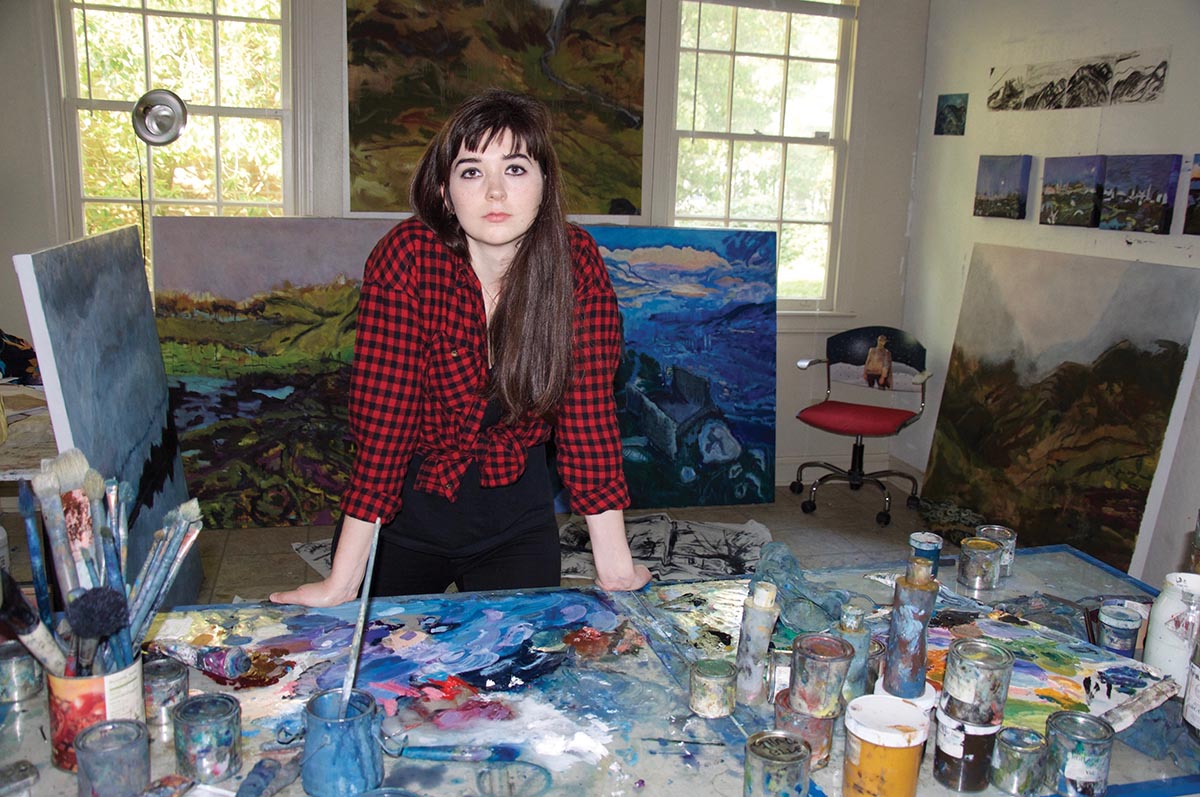 Olivia Leigh Martin in her studio

Martin, who is currently showing at Julia Martin Gallery (no relation) grew up in New Orleans, but she wasn’t regionally confined. She studied and painted in New Hampshire, Texas, New Mexico, and Scotland. One experience, however, was especially formative: During a summer project, she painted in the coastal wetlands of South Louisiana, a malleable terrain that is subject to merciless erosion. During her time there, she necessarily began considering the ephemerality of land itself. The idea of “trying to hold” the land—the notion that painting could embrace a land that is undergoing a death or drastic change—captivated her. All things transform, of course, but land usually at least appears long-lasting, if not eternal. Yet those bayous and estuaries near the coast change and deteriorate so quickly, some of the places Martin painted are already no longer recognizable.

Does acknowledging the unreliable temperament of a landscape make it feel more human, more relatable? What is the relationship between a painter and a landscape? What can we expect from the dialogue between a temperamental human and an immense, expansive terrain? 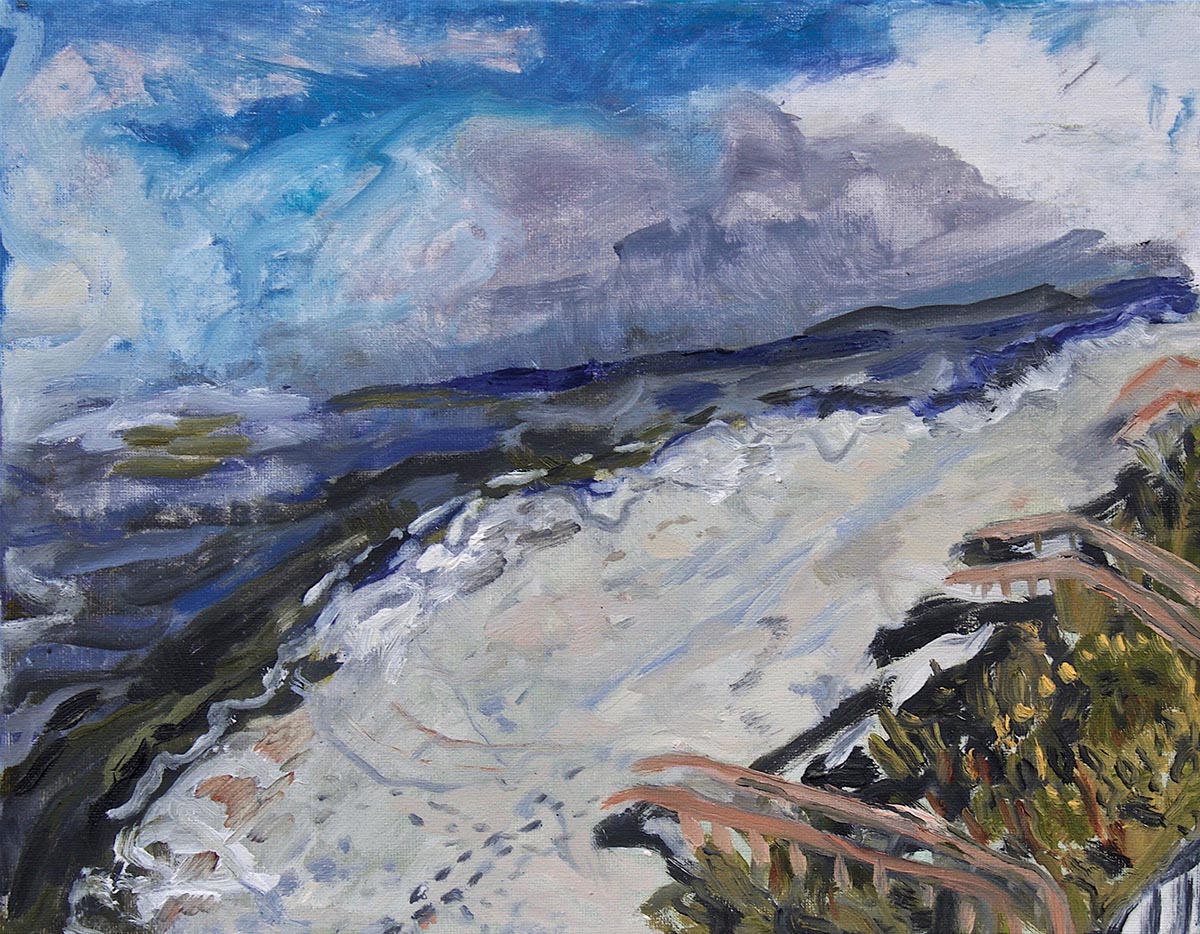 Between 1830 and 1832, the Japanese painter Hokusai created the self-evidently titled Thirty-six Views of Mt. Fuji. Hokusai was a fanatical draftsman who loved shapes and arrangements. As an old man, he joked that though he started drawing at age six, nothing he made before age seventy is of use, but when he is ninety he will be a great artist, and when he is one-hundred-and-ten, every dot and dash will be alive. In that prediction is the trust that over the course of decades of toil, the artistic subject—in this case, the landscape—will reveal deeper meaning. Not just the land, but the artists themselves will express richer complexity and an almost supernatural power to actually create life as well as represent it. It’s a lofty ideal, but Hokusai brings it with the humble (if dispiriting) preface that there are a lot of years of just looking and pushing silly paint around first.

Then there’s the question of humanity superimposed on a landscape. You see a picture of Monument Valley and it’s difficult to free it from the drama of westward expansion, the devastation of the native cultures, the artifice of “spaghetti Westerns.” Martin painted Glen Coe in Scotland, and the simple fact of naming it “Glen Coe” identifies it not only as a mountainous location, but one many would recognize as the site of a 17th- century massacre of (in storied dichotomy) freedom-loving Scots and the Jacobite uprising. Certainly, even just giving a landscape a name invites human complexity. I asked Martin what she thinks about that: Does she welcome the human element in her landscapes, or is something as simple as, say, a cell-phone tower or distant interstate a contaminating element? 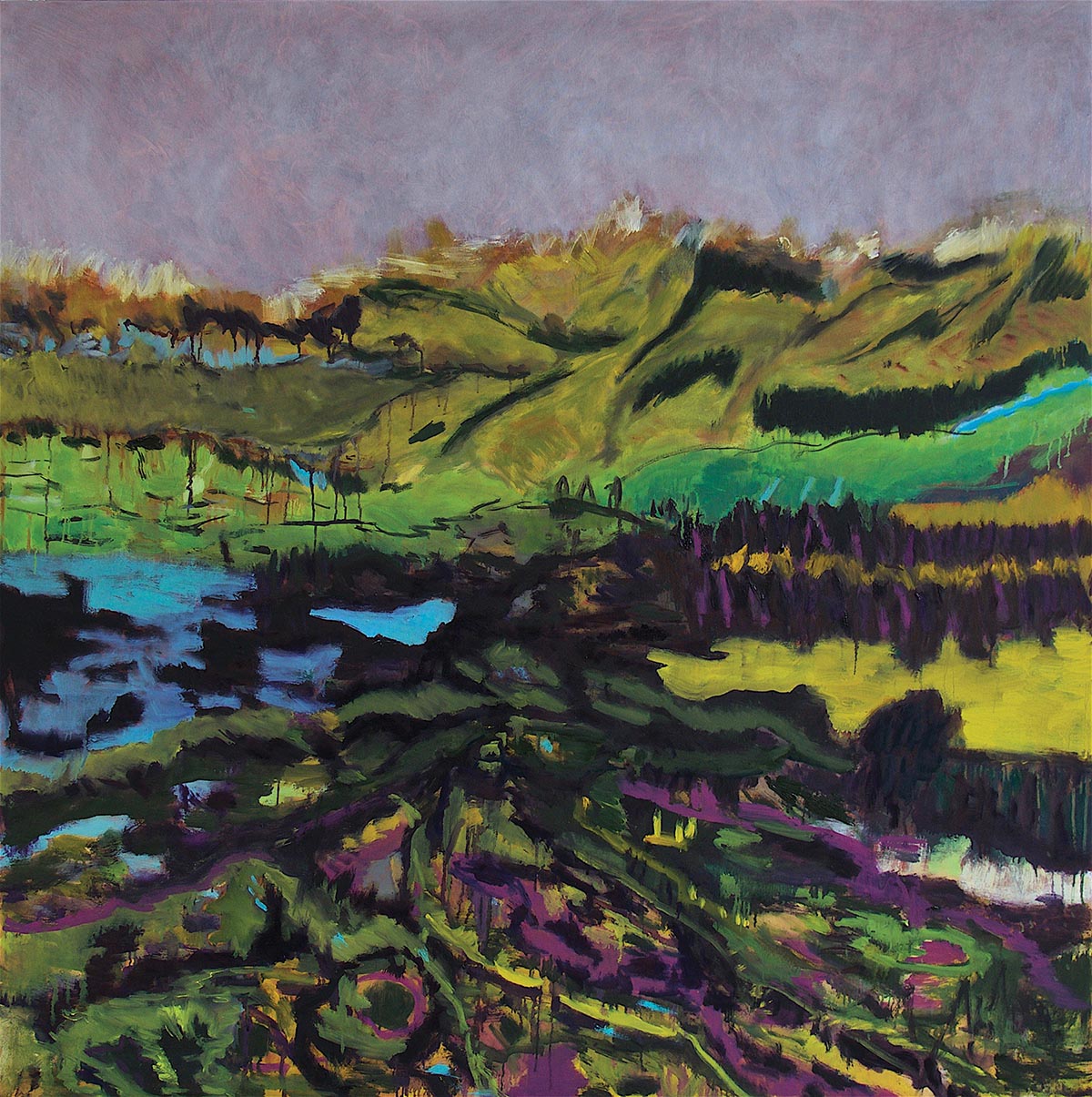 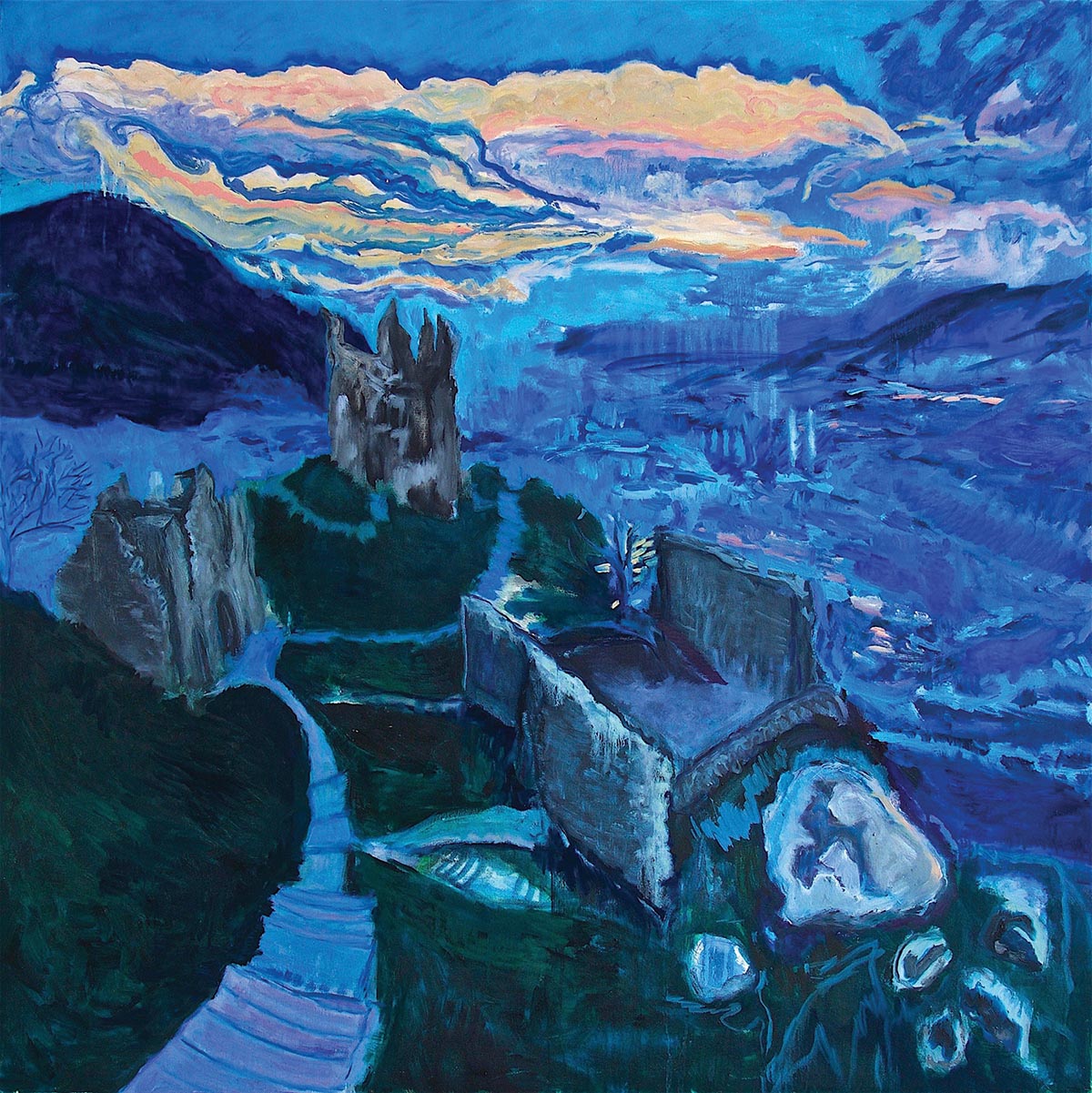 She wrestled with that early on but found herself disinterested in what she refers to as “essentially a 19th- century argument about ‘the picturesque’ and the value of Romanticism.” Really, her intentions are not to create some idyllic image. She wants to take it all in, not an edited or abrogated version. Martin is what she refers to as a return painter. “What this means is that I return to the same places over and over again, like a moon orbiting a planet. Each time I return to the bayou estuaries of my childhood, or the gorge in New Mexico overlooking the Rio Grande, my understanding of that place is compounded.”

The Impressionists hauled their rickety easels up and down country roads and boulevards all over Europe. Paul Cézanne famously returned to the majestic Mont Sainte-Victoire to paint between 1882 and 1906. Monet made dozens of Rouen Cathedrals. In Martin’s work can be seen the wriggling, intestinal brushwork of Chaïm Soutine; Helen Frankenthaler’s analogy of a painting’s surface as a skin’s complexion; alongside the “uncorrected” gestures of Japanese Zen painting. She uses oil, the most visceral of painting media, and shoe polish, applied with her fingers. 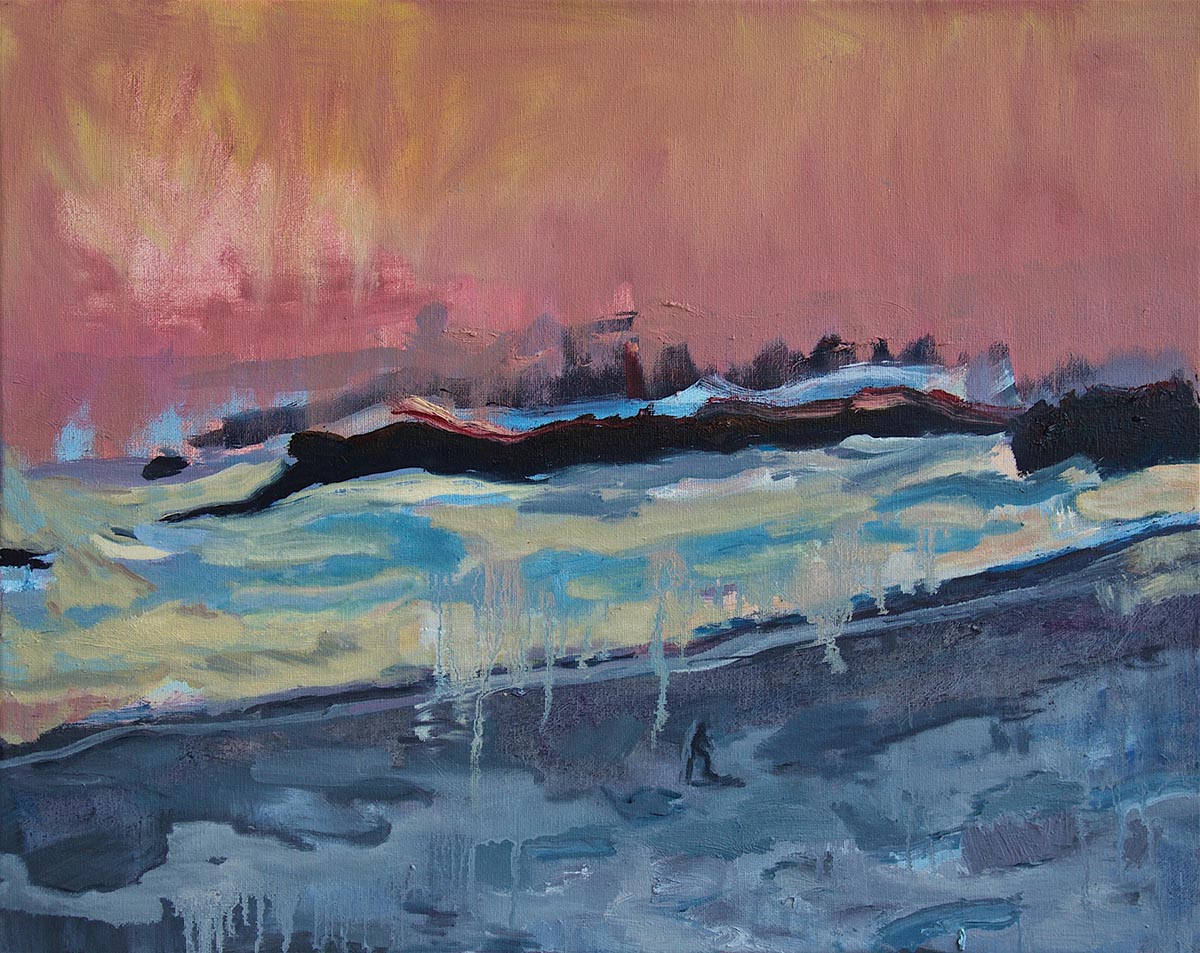 One of Martin’s inspirations, Joan Mitchell, said, “I paint from remembered landscapes that I carry with me— and remembered feelings of them, which of course become transformed. I could certainly never mirror nature. I would more like to paint what it leaves with me.” Pierre Bonnard often made loose sketches out of doors, then painted from them in his studio to willfully open the door to the humanizing (contaminating?) element of memory and confabulation. 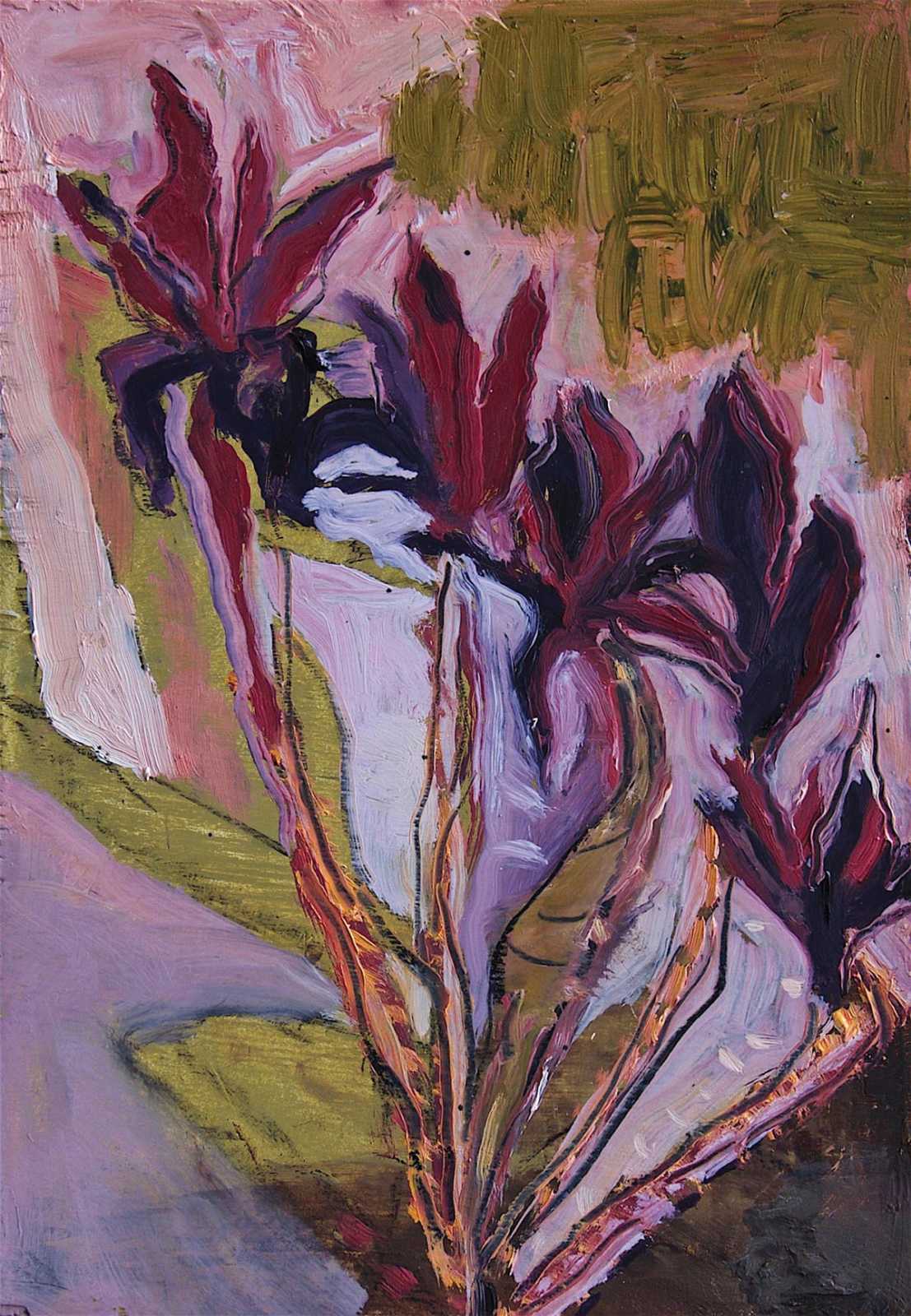 Martin says that in the studio, you can make conscious decisions, less reactive, more thought-through, but in a sense the studio makes the process more inward- than outward-looking. In the field, you are subject to unpredictable elements. Wind knocks your stuff over. Bees come and sting you. “One time I was painting an egret,” she says, “and as I was watching, an alligator came up and ate it.” She was painting a bird, and just like that, it was gobbled up. “In the studio, there aren’t things like that.”