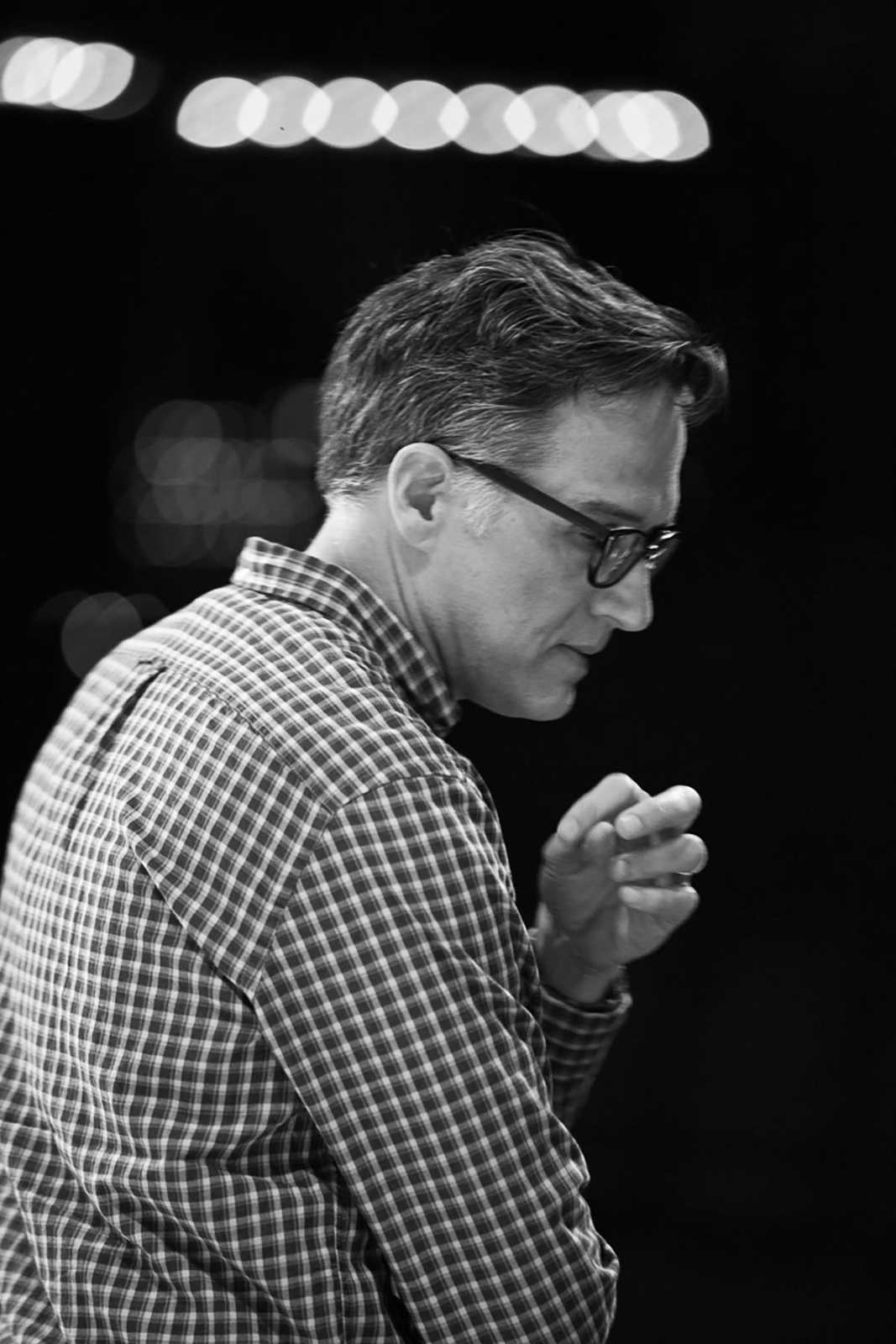 The evening began with Kylián’s Sechs Tänze (Six Dances) to music by Wolfgang Amadeus Mozart. Of the three works, Kylián’s was by far the wittiest. It is a work that he referred to as “choreographing doodling,” which included irreverent aspects such as bubbles, powder, wigs, and rolling gowns. In the humor, there is an added sense of the macabre, a very Mozartian expression. In one instance, for example, a dancer appears to be stabbed with a foil and is lamented over, repeatedly, until the action is stylized.

The second work of the evening, Wheeldon’s Ghosts, was set to C.F. Kip Winger’s lyrical score, which he had composed for this purpose and which was premiered by the San Francisco Ballet. Winger’s work is quite lyrical, and Wheeldon’s choreography features a number of poignant moments. The meaning is abstract and absolute, particularly in the partnering and the setting of individuals against the group. 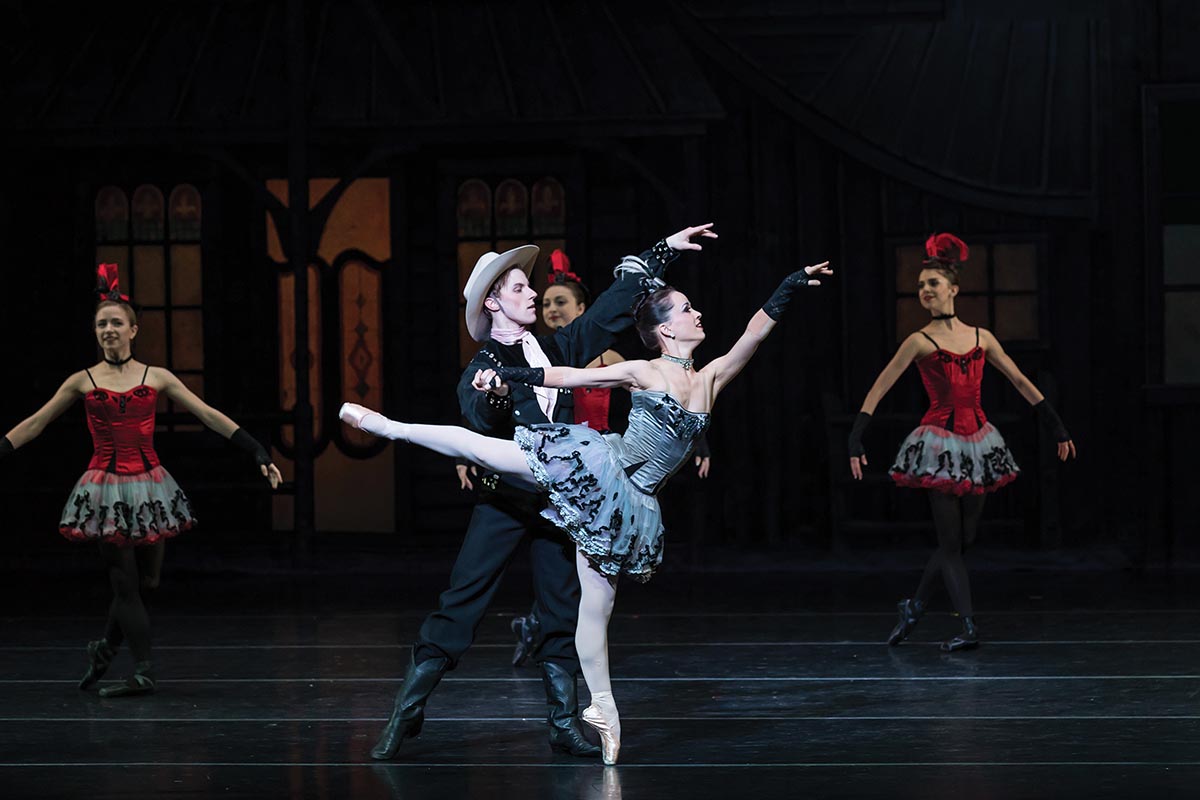 The highlight of the evening was the last piece, Balanchine’s masterwork Western Symphony. Dressed in beautiful colorful costumes of cowboys and dance hall girls that evoke the Wild West, Nashville’s company brought Balanchine’s boisterous work to life. Balanchine, the founding choreographer of the New York City Ballet, choreographed the work to American folk tunes arranged by Hershy Kay for its premiere in 1954. Originally four movements, the third movement Scherzo is typically removed because of the intense nature of the dancing required. However, as a testament to the company’s strength, Vasterling retained the movement and the performance was remarkable. The Americanization of this French art was revelatory. The performance was a climax to a fantastic season at the Nashville Ballet. They will return in September with Petipa and Ivanov’s classic Swan Lake. 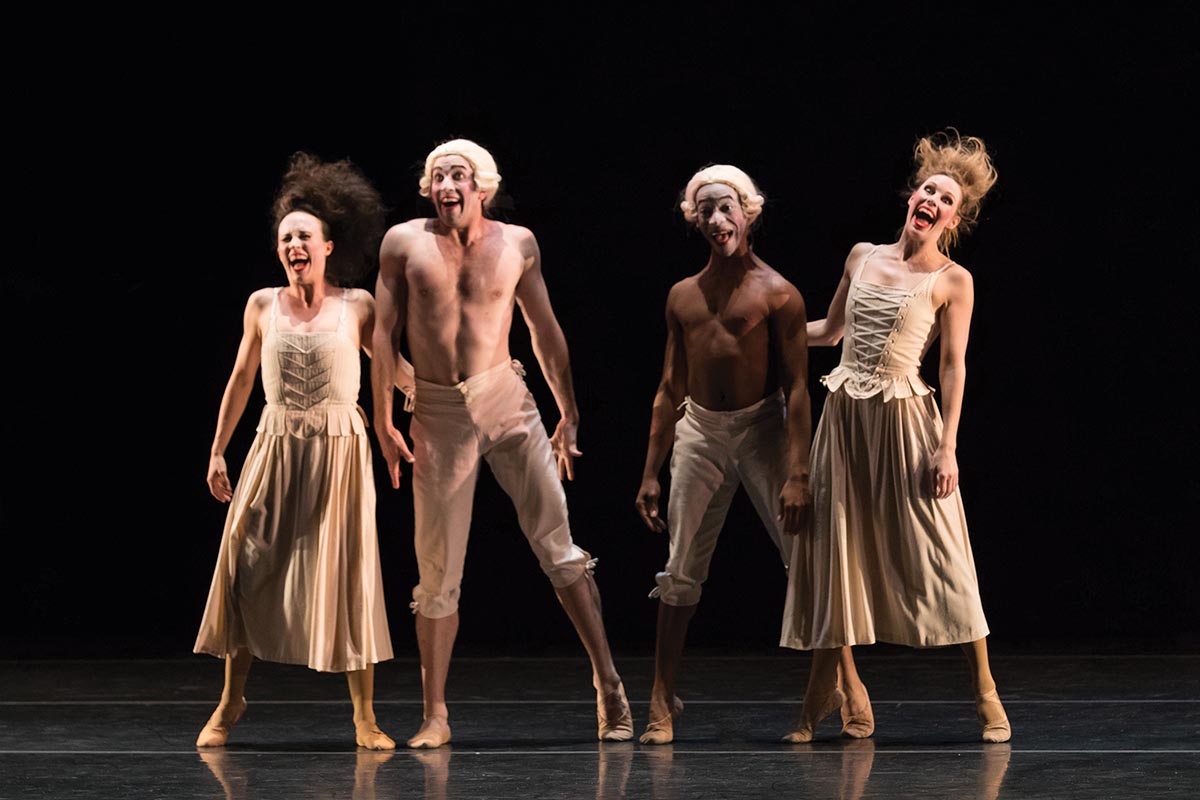