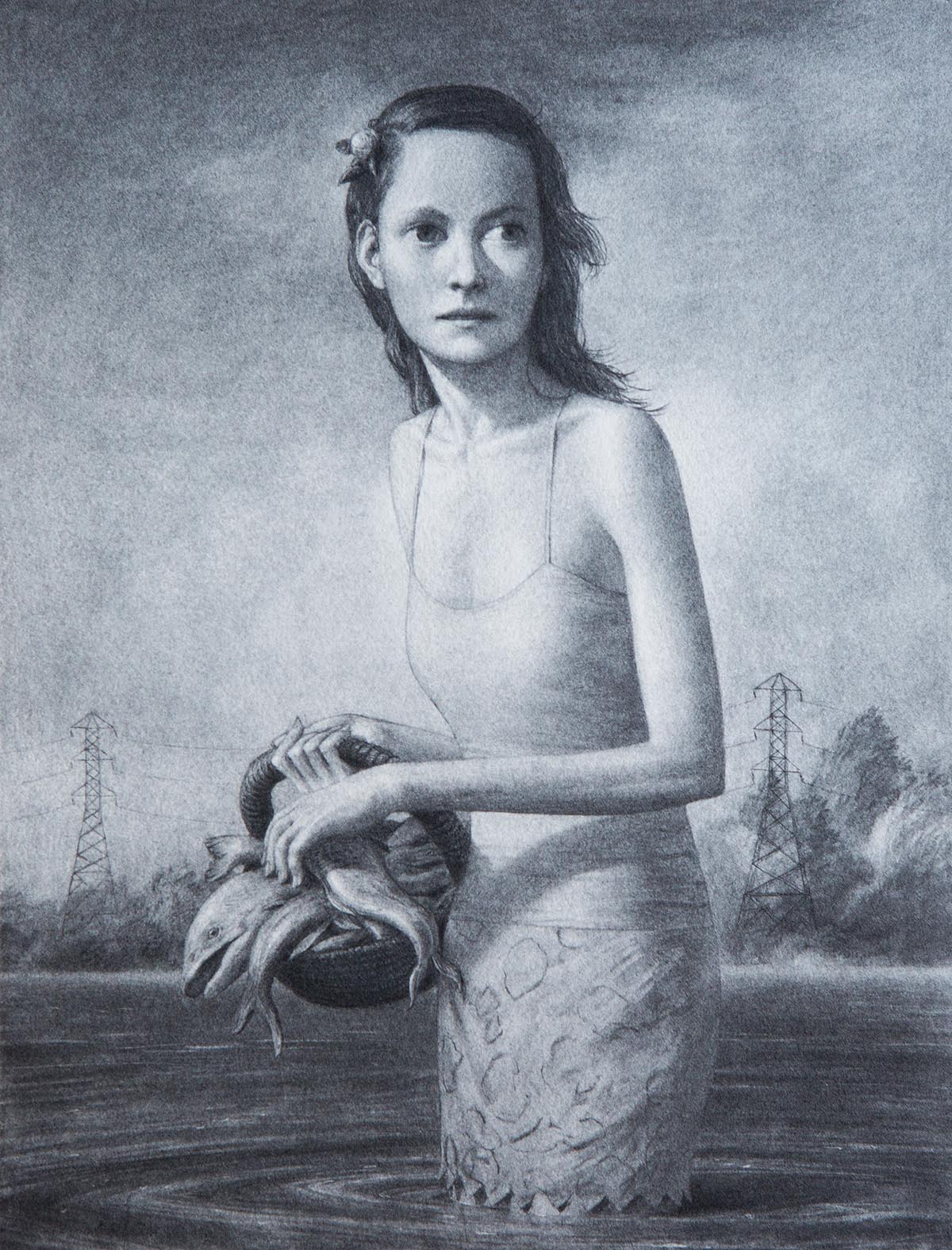 Aron Wiesenfeld was born in 1972 in Washington, D.C., and is currently based in San Diego, California. He studied painting at Cooper Union in New York City, and following a brief career illustrating comic books, he continued his studies at Art Center in Pasadena, California. His work has been the subject of eight solo exhibitions in the United States and Europe since 2006 and has appeared in many publications, including Hi- Fructose, Art in America, American Art Collector, and The Huffington Post. Wiesenfeld has participated in museum shows at the Long Beach Museum of Art, Bakersfield Museum of Art, and the Museum Casa Dell’Architettura in Italy. His paintings have been used on covers of eight books of poetry, including The Other Sky, a collaborative project with acclaimed American poet Bruce Bond. He was recently named one of the top 100 figurative painters by BuzzFeed. Wiesenfeld is represented by Arcadia Contemporary in California. 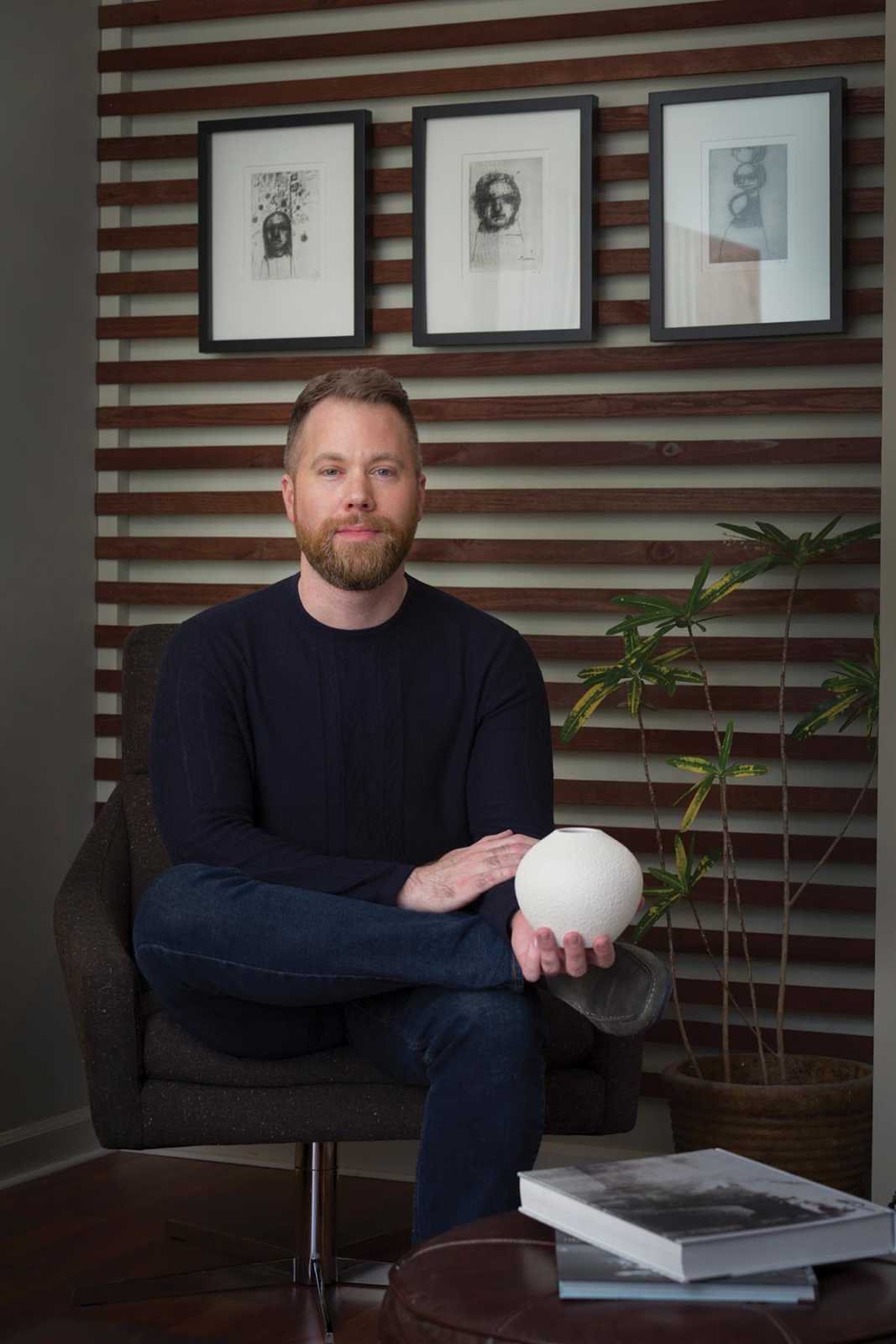 I appreciate Nashville Arts allowing me to bend the rules a bit to feature an etching instead of a “painting.” There is just something about the look and the process/technique of etchings that I have always been drawn to. Contemporary etching is my favorite type of artwork to collect, and I feel very fortunate to own this beautiful piece by Aron Wiesenfeld. There is a moodiness, an element of darkness, in his work that I love. Even if the scene is one of beauty—a figure surrounded by a field of flowers, for example—there is something in the work that gives you an uneasy feeling. It may be the look on the subject’s face, the dark sky, the ominous surroundings, or an unseen danger approaching. It’s often hard to tell if the figures in his work are in search of something . . . or escaping something. I’m also drawn to Wiesenfeld’s paintings and etchings because they blend some of my favorite elements and styles from other artists whose work I love—for example, John Currin, with his exaggerated or elongated figures, and Edward Hopper, whose paintings of lone figures in isolation remain a constant favorite of mine.