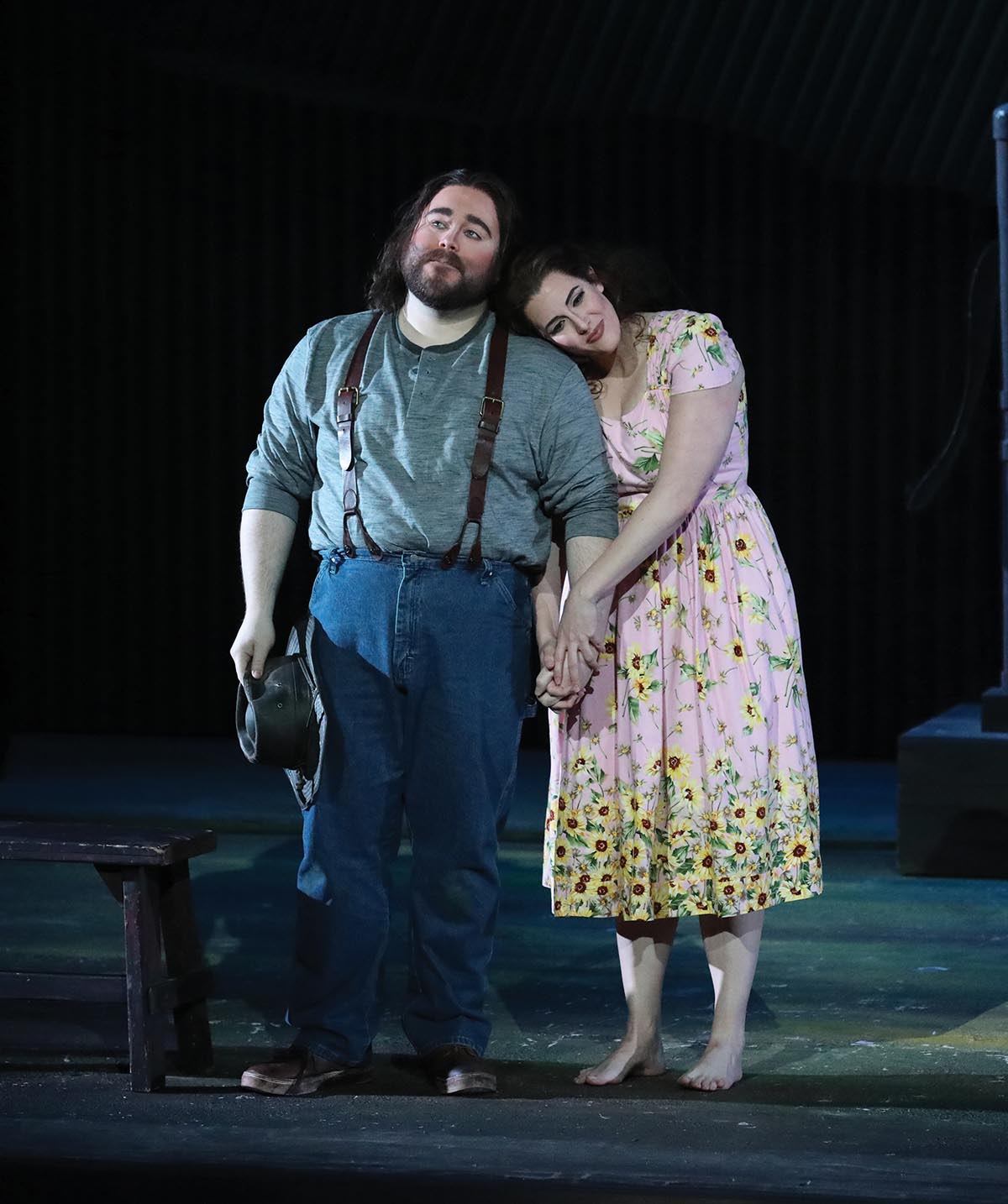 On the weekend of April 6, the Nashville Opera closed its season with a performance of Carlisle Floyd’s gothic American tragedy, Susannah. Largely based on the Apocrypha tale Susanna and the Elders, the story is reset in the small, fictional mountain town of New Hope Valley, Tennessee. The plot emerges when a number of the town’s elder men, all lechers, stumble upon the young and beautiful Susannah bathing in a stream. When they tell their wives of what has happened, the entire town descends into a state of rabid moral indignation. In Nashville, this descent was led by Mrs. McLean, one of the elders’ wives. Played with a hateful zeal by soprano Allison Deady and sung with an icy cold tone, Mrs. McLean was downright odious from the opening chorus.

It is against this foil of Mrs. McLean that the dramatic arc of Susannah’s character is forged. Beginning with a naïve joy and ending in murderous insanity, soprano Chelsea Basler in her Nashville debut brought her character through from glee to bitterness in a subtle yet striking manner. Her Act One aria, “Ain’t It a Pretty Night,” a standard in the repertoire, was majestic. Her brother Sam, played by tenor Aaron Short, helped to guide Susannah in the ways of the world. Reverend Olin Blitch, played with a great deal of charisma by bass- baritone Gustav Andreassen, followed his own dark dramatic arc from a preacher of gravitas to a lonely and small man.

Indeed, while critics have historically lauded Floyd’s score for its uniquely American sound, in my opinion its real strength lies in the depiction of character. With such a strong cast, and under the detailed baton of Maestro Dean Williamson, this short, barely two-hour work, packs an emotional punch that can compete with the greatest of the Romantic and verismo masterpieces.