If not for one watershed moment decades ago, Leonard Piha’s emotive art style might not have been. He might have continued to believe that one’s work had to be on the razor’s edge of an “art scene” to be valid. He might not have followed his gut to utter satisfaction. 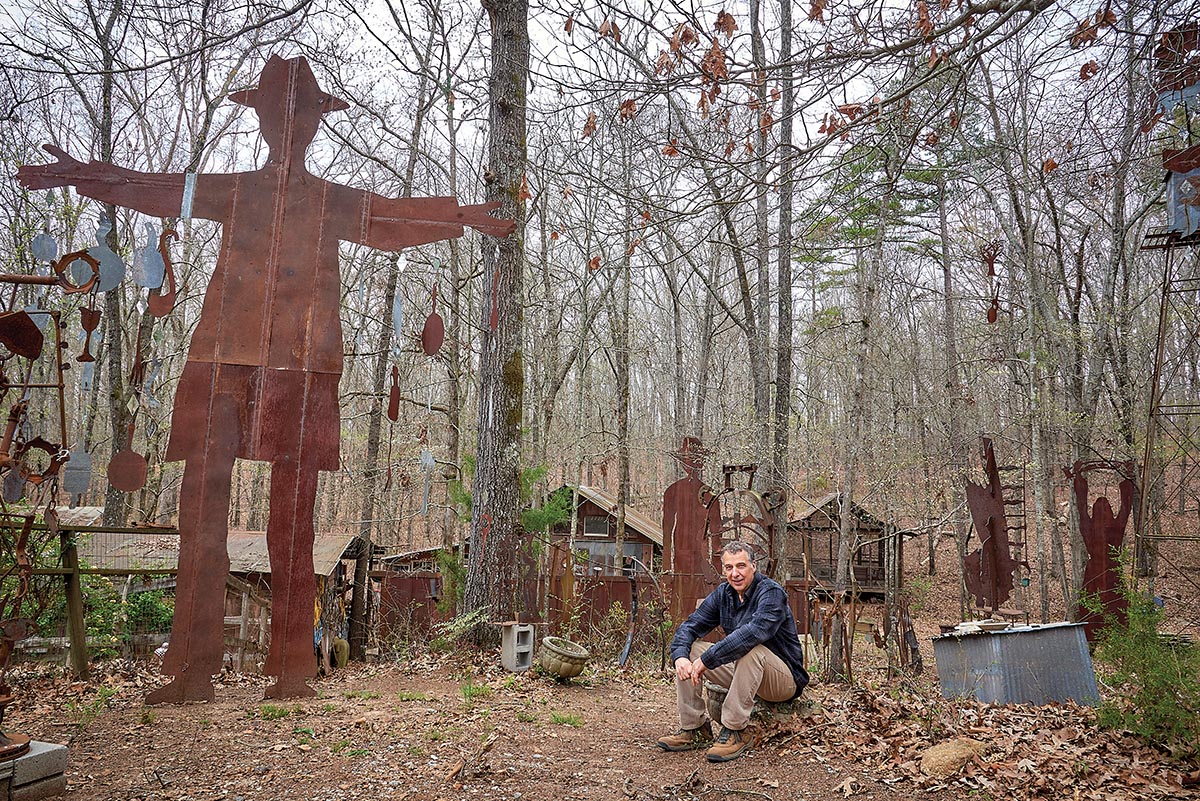 Leonard Piha’s art lies within a tender vein of American folk art, its simple structures made rich through the infusion of universal experience—the longing of a child for his mother’s touch, grown children who no longer lean on parents, a nighttime walk shared by lovers. His work weaves a narrative tapestry from the threads of familiar stories.

His is a magical aesthetic borne of a visit one evening to the home of an art professor at the Cranbrook Academy of Art, where Piha received his MFA. At that time this professor, Michael Hall, directed the graduate sculpture program at the prestigious Michigan university and had invited his sculpture class to see his broad collection of folk art, which he had installed in a single room. 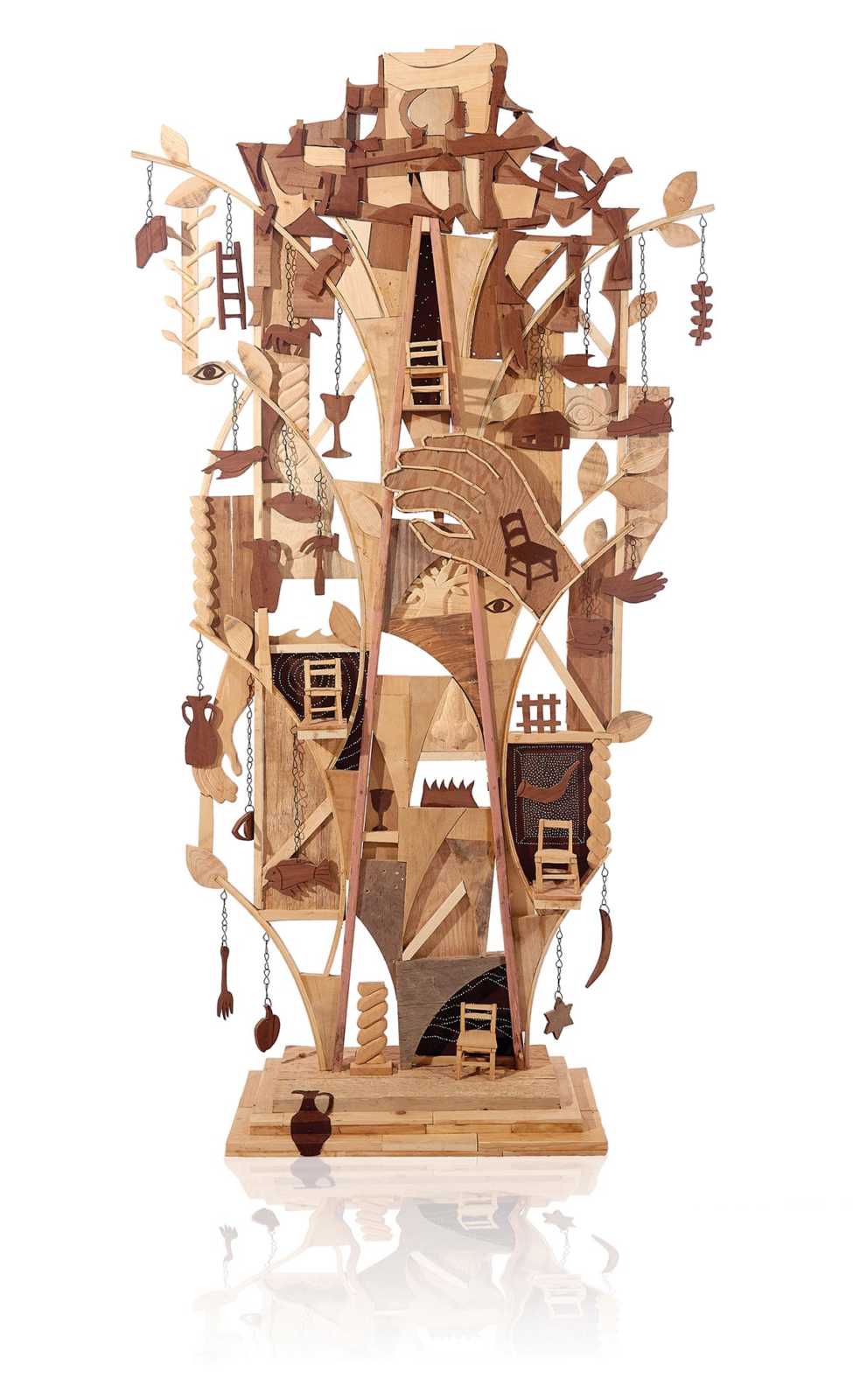 “This room was jam-packed full of art,” Piha remembers. “In 1980, folk art wasn’t quite so known. Most folk artists were isolated, and of course the Internet was not there, so they had not looked at an art book or a gallery.

“My professor explained that these people were making work from their gut, from an inner drive. Most of it was a religious calling. I was just blown away. I said to him, ‘You mean to tell me that these people never went to college and they are making stuff that is way more powerful than anything I’ve ever seen, and way more heartfelt?’ That blew my mind.”

Since then, Hall has donated his 273-piece collection to the Milwaukee Art Museum. It includes works that date to 18th-century colonial America, as well as 20th-century works by self-taught artists such as Bill Traylor, Edgar Tolson, Felipe B. Archuleta, Elijah Pierce, and Mose Tolliver. And since that evening, Piha has never looked back.

“I realized it was okay for me to work from my gut,” he says “Those people, whose art I saw in his house, gave me permission to do what I really wanted to do. And that has lasted to this day.”

After viewing Hall’s collection, Piha’s work—which he admits to being bored by, anyway—began to change drastically. He began exploring his roots in Judaism and carving rabbis and menorahs and Torahs.

Today Piha lives in the serene woods of Athens, Georgia, where he creates art from found materials—wood, rusted tin, and cardboard—that possess a sort of inherent honesty that fits into the folk-art genre. At the moment, he’s working on a piece inspired by the Torah, a vision that is between him and the piece of wood. In fact, he thinks no one else would even realize this particular inspiration, as his Jewish symbols have become more diffused over the years. The Torah is one of many items in his “visual vocabulary,” which also includes trees, bicycles, jugs, boats, birds, menorahs, eyes, and chairs.

“I lean on the vocabulary to say what I want to say,” he explains. Viewers don’t have to speak Piha’s language to know what he’s saying. His work’s universality sparks the viewer to remember his or her similar experiences. 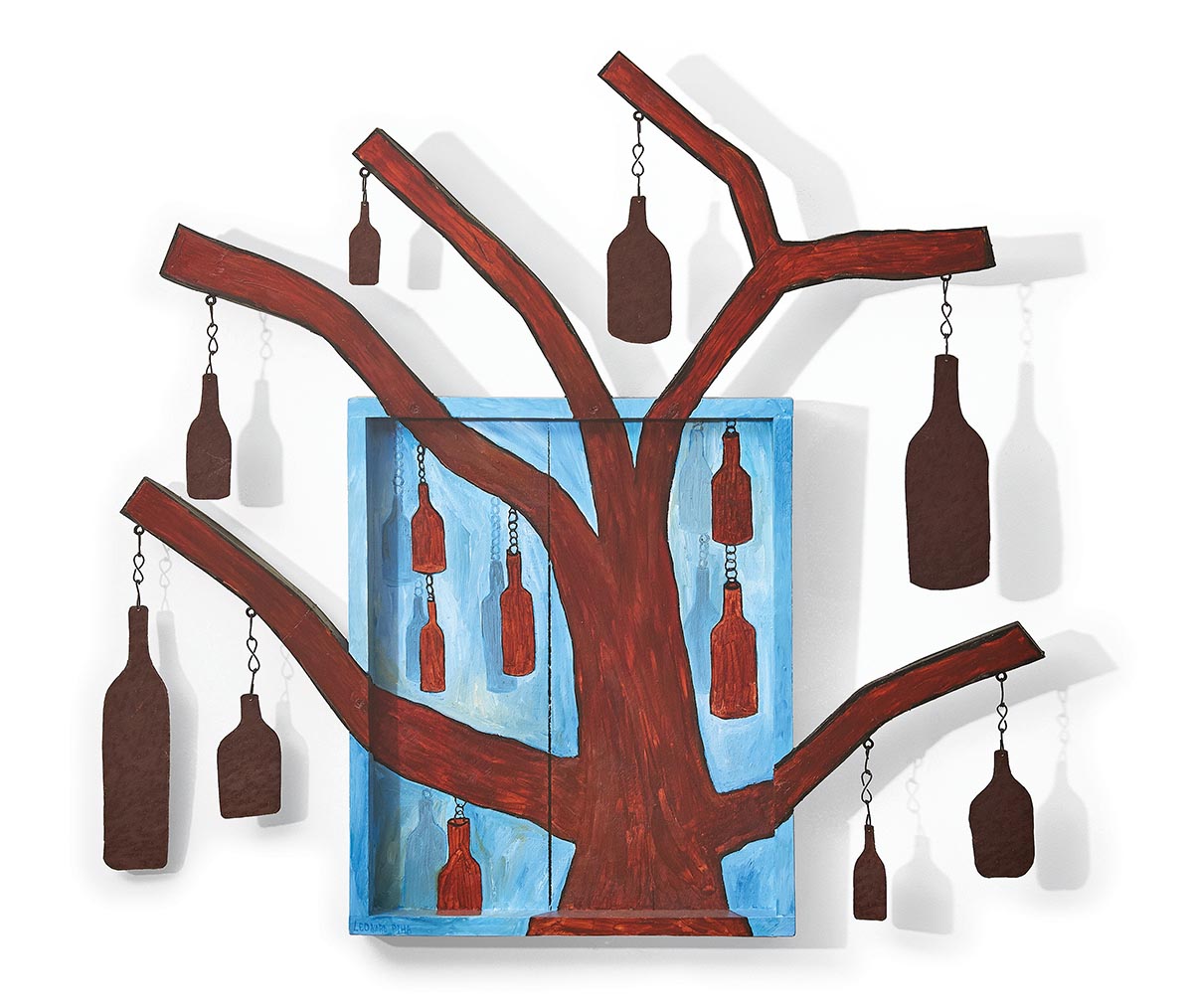 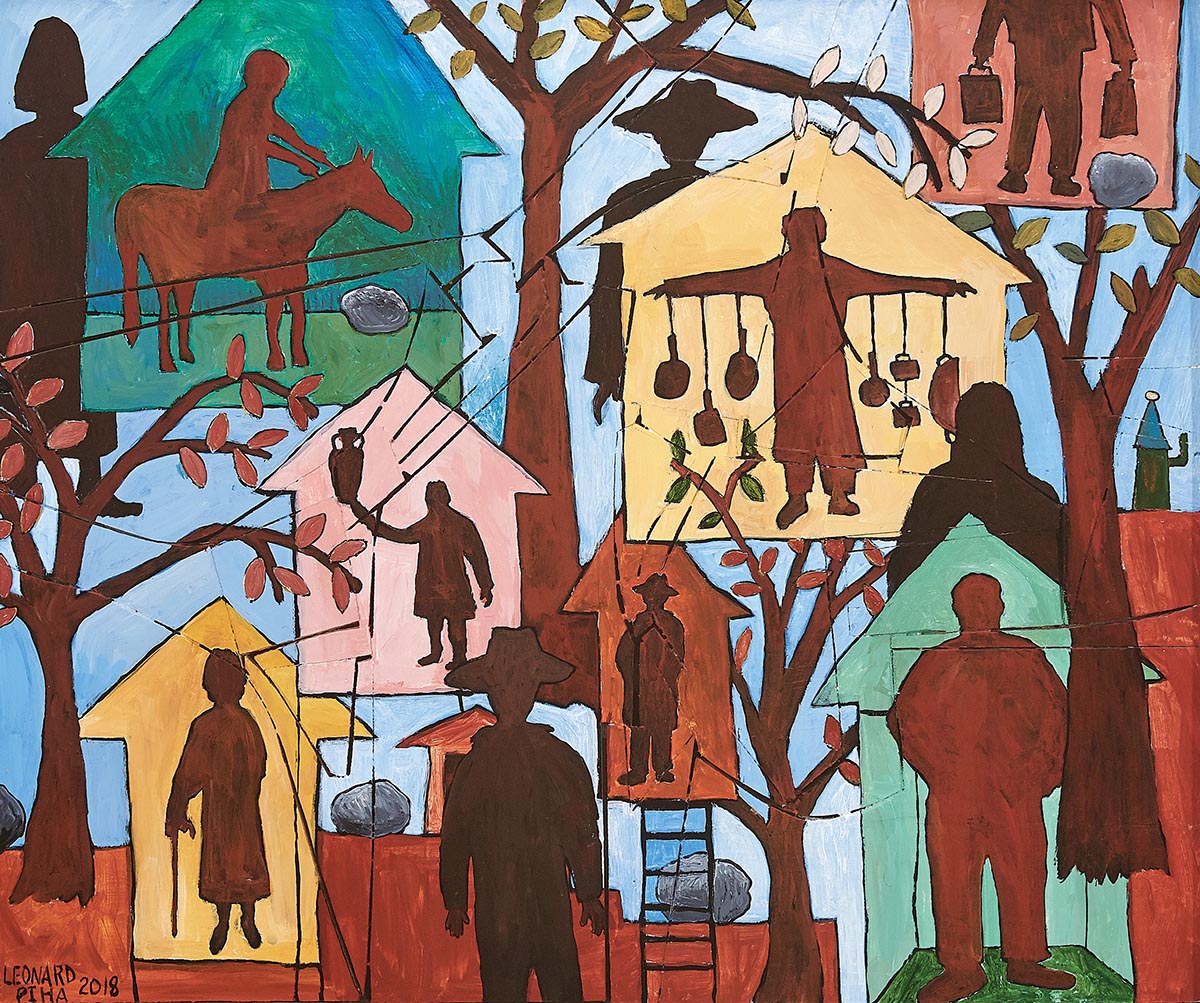 “I have a picture of my wife in which we’re facing each other and there’s a moon behind us,” he explains. “That may sound like a trivial, no-big-deal painting. But someone saw it the other day and said, ‘I love going on walks with my wife at night.’ That was so satisfying.”

When viewers are reminded of their beautiful memories of life, “That’s the wonderful thing,” Piha says. “That’s the fun and satisfying part about showing my work.”

Despite being highly trained, Piha draws on the untrained artist’s natural inclination to create beautiful, yet imperfect, art, as will be seen during his exhibit at The Arts Company, which opens on May 5, from 6 to 9 p.m., during the First Saturday Art Crawl Downtown. The show will continue through May 25, during regular gallery hours, 11 a.m. to 5 p.m., Tuesday through Saturday.

“It’s always a magical experience upon entering the world of Leonard Piha,” says Anne Brown, owner of The Arts Company. “Full of sculpture and paintings of all sizes, this exhibit continues to tell the story of one person’s lifetime filled with art in ways that resonate with the rest of us. He often repeats ordinary objects that he associates with family, work, and traditions.”

To learn more about Piha and his exhibit, please visit www.TheArtsCompany.com.