In 2016, photographer John Guider took to the water in a small boat of his own making and retraced surveyor John Donelson’s 1,000-mile journey from the northwest corner of Tennessee to Nashville. Voyage of Adventure: Retracing Donelson’s Journey, NPT’s original documentary about Guider’s project, premieres Thursday, July 26, at 8 p.m. 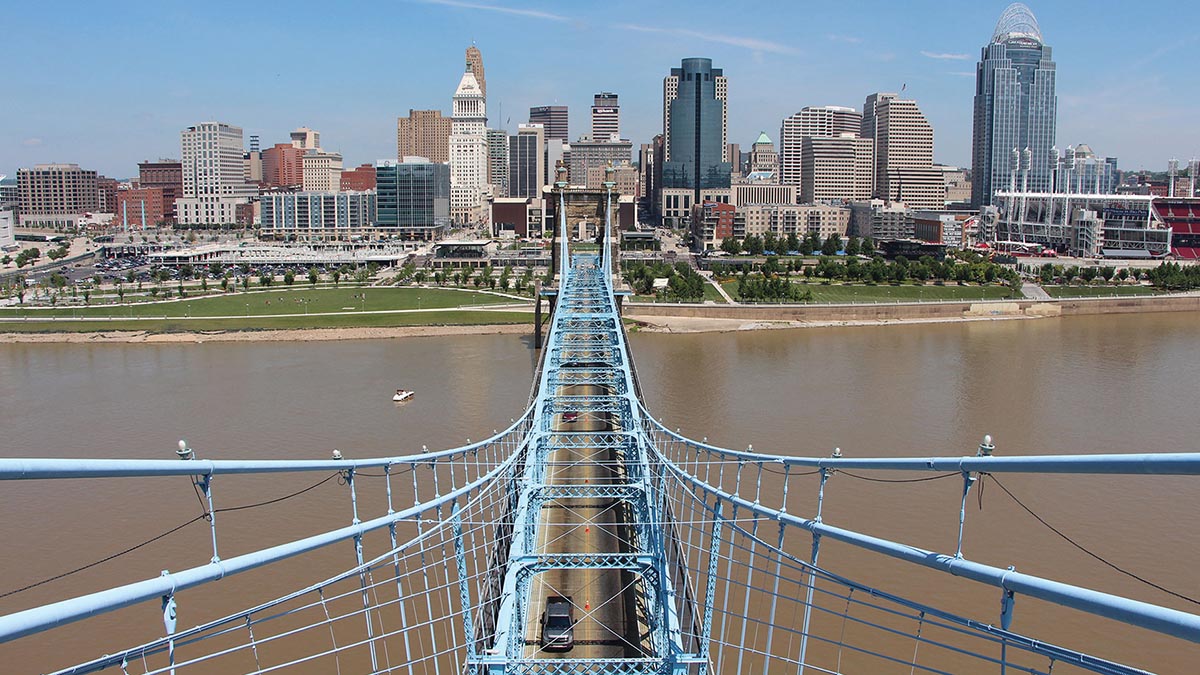 Geoffrey Baer is back with new 10 That Changed America episodes airing Tuesdays at 7 p.m. Baer leads viewers on cross-country journeys to discover the Streets (July 10), Monuments (July 17), and Modern Marvels (July 24) that influenced architecture, civic development, construction methods, and other aspects of American culture. He travels via Model T and streetcar as he navigates roads ranging from New York’s Broadway to St. Charles Avenue in New Orleans to L.A.’s Wilshire Boulevard in the Streets episode. Monuments includes visits to the Statue of Liberty, Mount Rushmore, and the Vietnam Veterans Memorial and offers insight into changing attitudes toward remembrance and inspirational architecture. Engineering breakthroughs such as the reversal of the Chicago River are highlighted in the Modern Marvels episode. 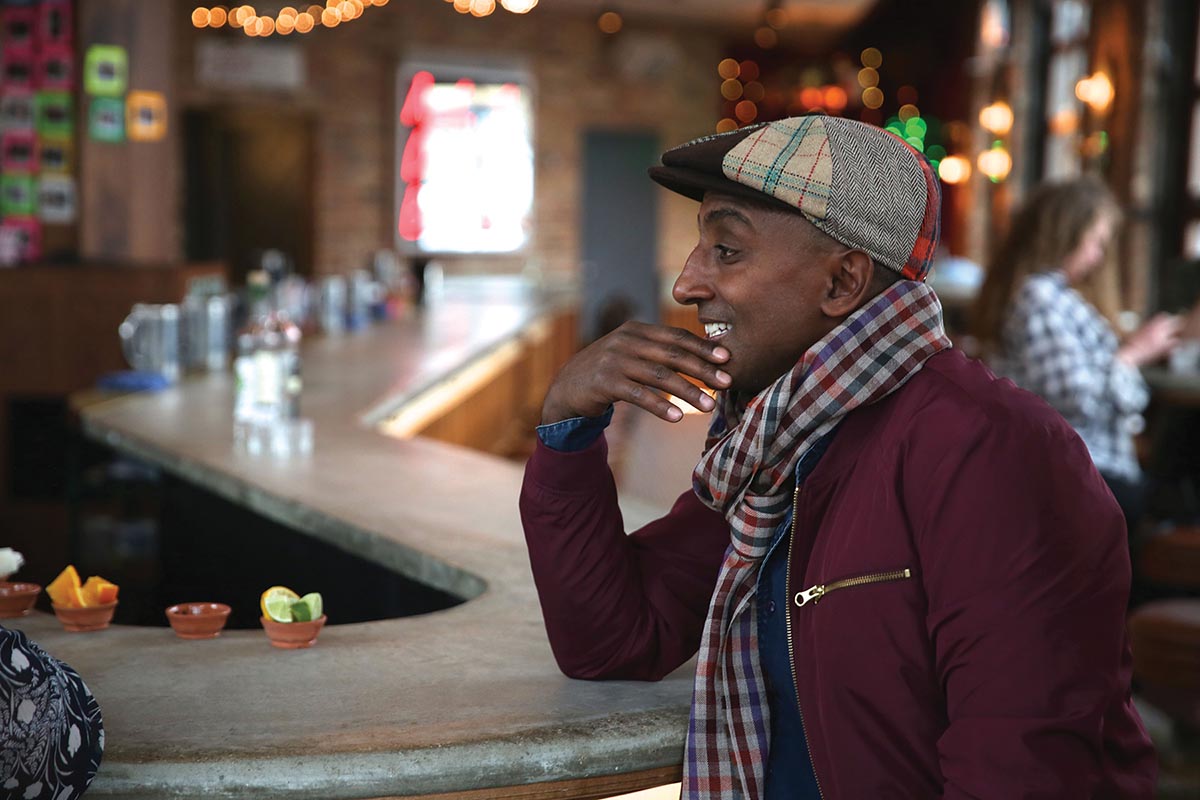 Marcus Samuelsson at Estero, from No Passport Required; Courtesy of Christine Carreira

Qatar will host the FIFA World Cup in 2022. Life is hard for the 1.6 million migrant workers from Africa and Asia employed to build the stadium and other infrastructure, but they take pride and respite in their own soccer competition. The Workers Cup airs Monday, July 9, at 9 p.m. on POV. Later that evening, at 11:30 p.m., Driven Blind shares the story of Dan Parker. Though he was blinded in a fiery racing crash, this world champion drag racer is determined to get back behind the wheel. This film is part of the Reel South series of documentaries about Southerners that airs late-night Mondays.

Maria Toorpakai is another athlete overcoming challenges. She is a champion squash player, winning matches for her native Pakistan, but also fighting to be allowed to play in a Taliban-occupied area. She disguised herself as a boy, lived under house arrest, and eventually fled to Canada before returning home to stand up to those threatening her family. The War to Be Her airs Monday, July 23, at 9 p.m. on POV.

Wil B and Kev Marcus, otherwise known as Black Violin, performed at Nashville’s Municipal Auditorium this past April. See them Friday, July 13, at 11 p.m. on The Kate when they perform work by Copeland and Bach, as well as their own compositions and pieces by Imagine Dragons. Breaking Big is a new PBS show featuring artists, athletes, and other innovators discussing turning points in their development and career. Hosted by Emmy-winning journalist Carlos Watson, the series airs Sundays at 10 p.m. This month’s guests include restaurateur Eddie Huang (July 8), actress and playwright Danai Gurira (July 15), and country star Jason Aldean (July 22). The 2017 World Dancesport Grandslam Series, a sizzling competition held in various cities around the world, continues Fridays at 7 p.m. 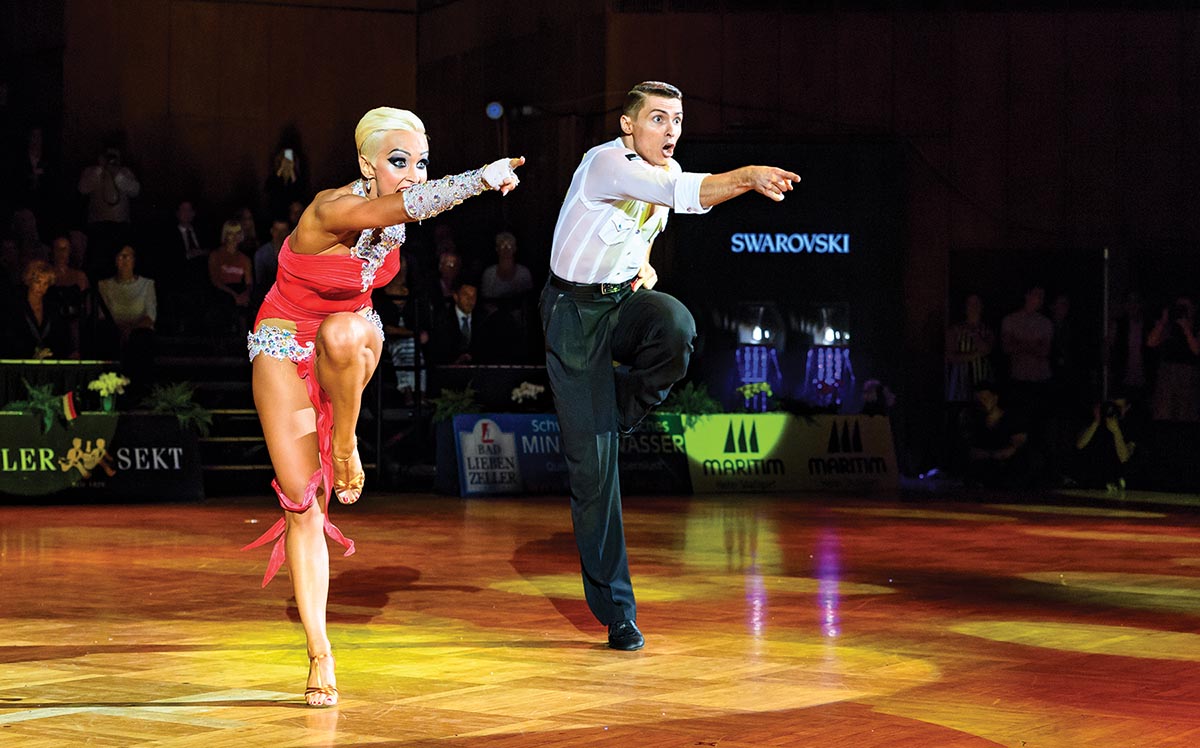 Encore presentations of many of NPT’s shows are broadcast on NPT2; enjoy 24/7 children’s programming on NPT3 PBS Kids. To make a contribution to NPT, please go to wnpt.org and click the donate button.