Handmade: Friendships Famous, Infamous, Real, and Imagined by Jim Reyland is available at writersstage.com. Also, catch the award- winning STAND for two shows on October 27 at 3 p.m. and 7:30 p.m. at the 4th Story Theater at WUMC. jreyland@audioproductions.com.

Cirque du Soleil’s Corteo combines a theatrical world of excitement, comedy, and spontaneity situated in a mysterious space between heaven and earth. 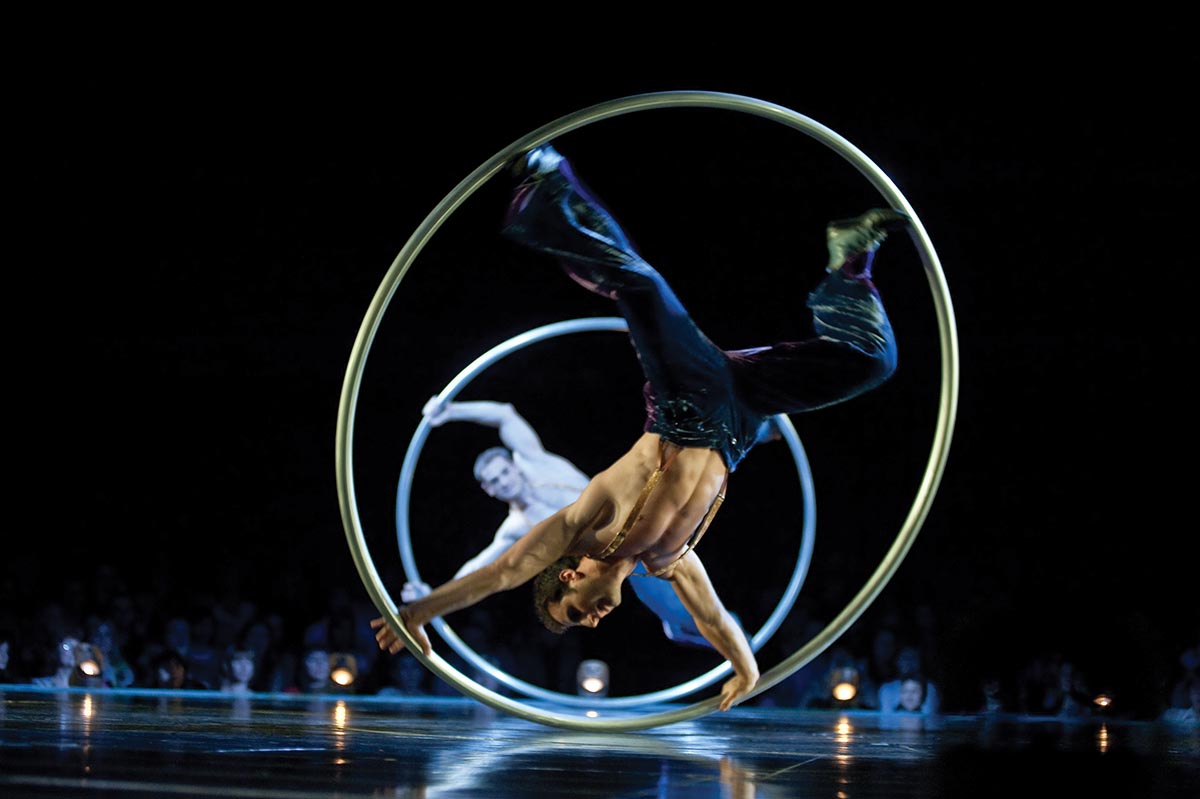 Ever wish you could look inside the mind of a clown? Maybe not, might be too scary. Unless, of course, you could do it while riding atop a wildly creative, high-flying adventure, set down not only in front, but a hundred hands above you. If you could do that, if you could jump into a perfectly safe mind plunge that fills your heart with childlike wonder, then you might take a good long look. Lucky for us, Cirque du Soleil’s Corteo soars into Music City in late July and gives us all a chance to explore the possibilities.

Corteo is a joyous procession, a festive parade imagined by a clown as he visualizes his own funeral taking place in a carnival-like setting, watched over by quietly caring angels. See, I told you, there’s nothing to worry about. Written and directed by Daniele Finzi Pasca, the show brings together the passion of the actor with the grace and power of the acrobat to take the audience into a theatrical world of fun, comedy, and spontaneity situated in the mysterious space between our ears. Juxtaposing the large with the small, the ridiculous with the tragic, and the magic of perfection with the charm of imperfection, the show highlights the strength and fragility of the clown, as well as his wisdom and kindness. The music is lyrical and playful and carries Corteo through a timeless celebration in which illusion teases reality. Man, you gotta love this clown. 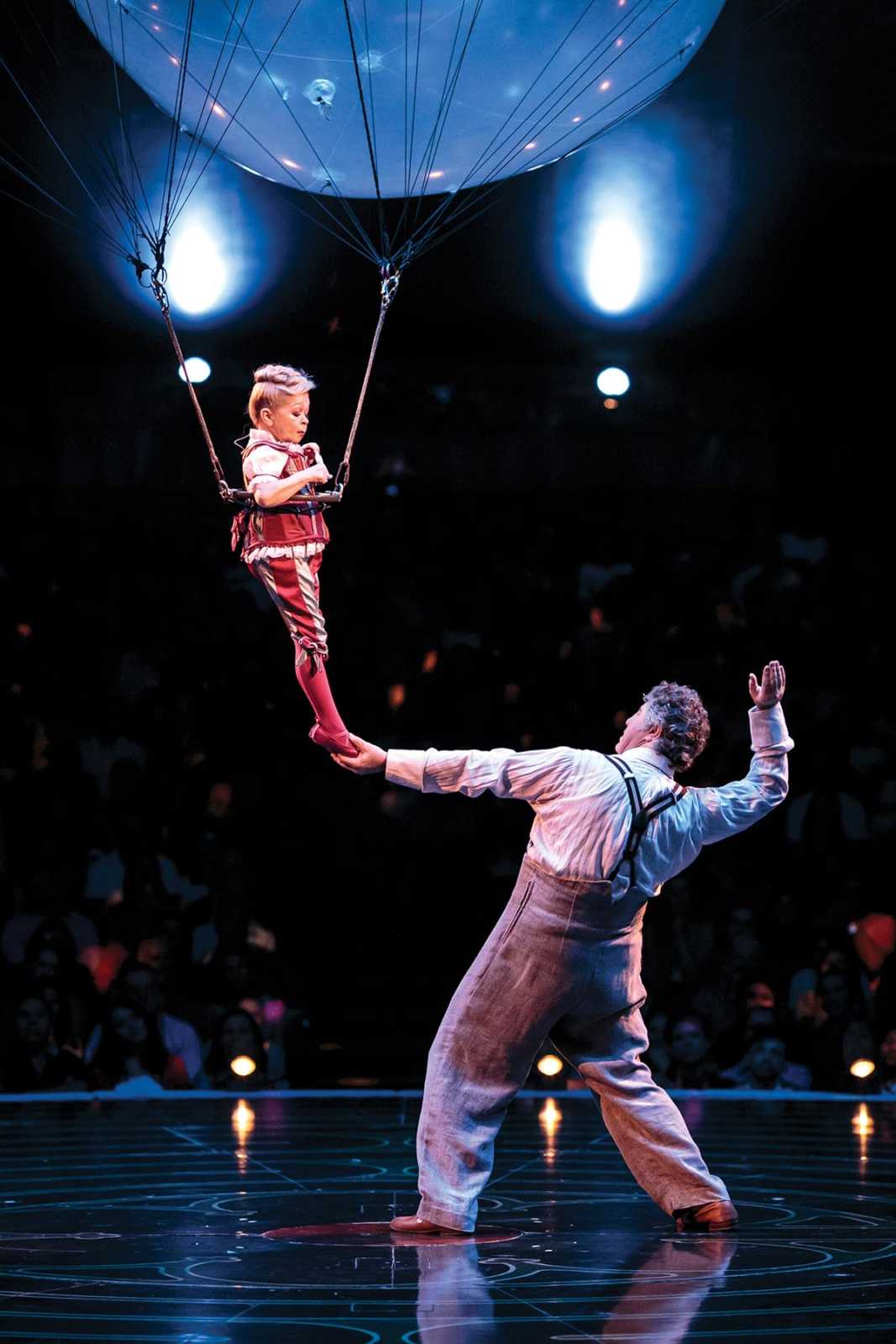 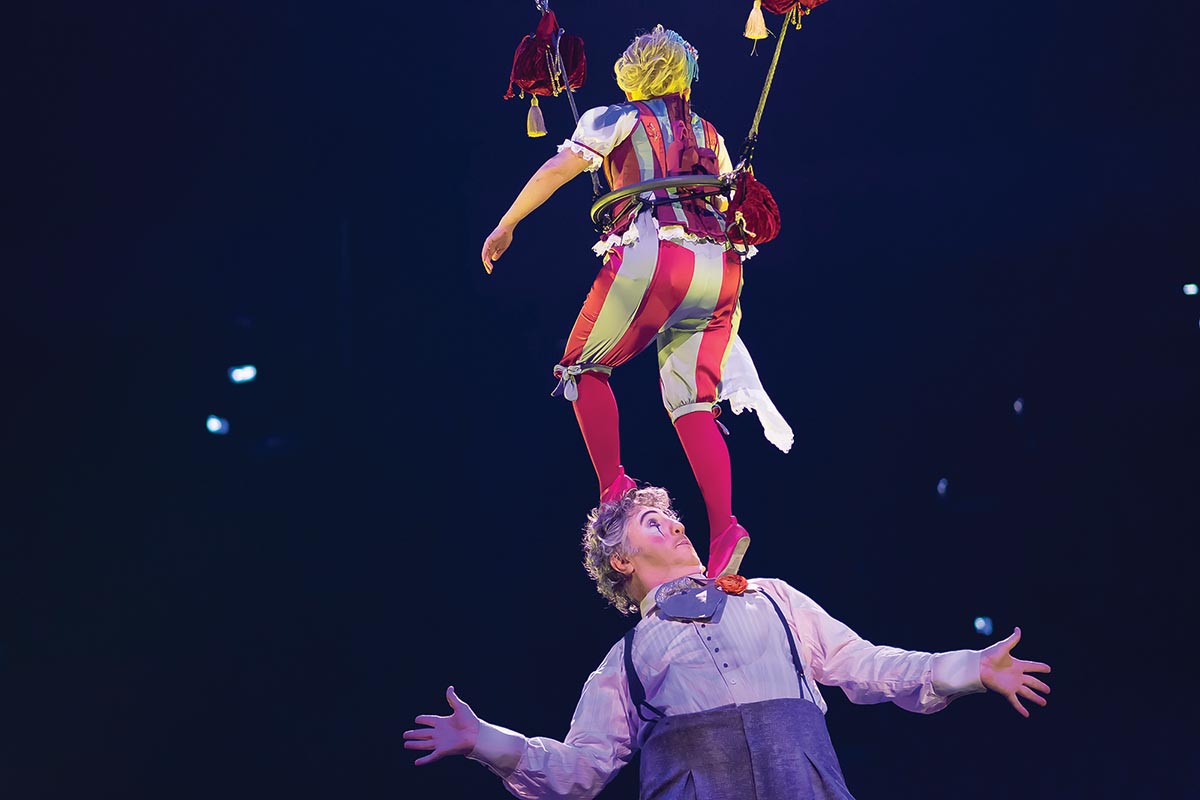 Corteo stage set designer Jean Rabasse has divided its rotating stage in two, with each half of the audience facing the other half, so they see not only the performance, but also have a performer’s eye view of the audience. This impressive stage is anchored by a 41-foot turntable, and above it all flies the “Patience,” a massive structure used to transport scenic elements and acrobatic equipment on and off stage from above. If that’s not big enough for you, it’s all wrapped in a massive collection of curtains inspired by the 1885 painting by Parisian artist Adolphe Willette. The two enormous baroque-style “Roll Drop” curtains (58 feet wide and almost 40 feet high) and the four sideways-opening Italian-style curtains are among the most striking scenic elements in the show. Finally, in the center of the circular stage is a labyrinth which exactly reproduces the proportions and size of the classic design on the floor of the nave in Chartres Cathedral, incorporating an eight-inch Mobius strip painted at its center as a symbol of infinity and continuity.

This clown has thought of everything. No detail too big or too small. An emotive explosion of the visual arts and musical senses, all coming together to thrill and delight us from the sky. All the sights and sounds required to open the mind and fill the heart.