“Being an artist is like being a spell caster,” Marjorie Guyon told me as we met to discuss her art. Guyon has been an artist her whole life, though she was never formally trained in fine arts. Taking a somewhat alternate route into this career, her great success has stemmed from her robust intellect and true talent in using art to affect the way that we think and see other people, our communities, and their potential.

Her work is a fusion of the humanities, weaving a web with threads from history, languages, 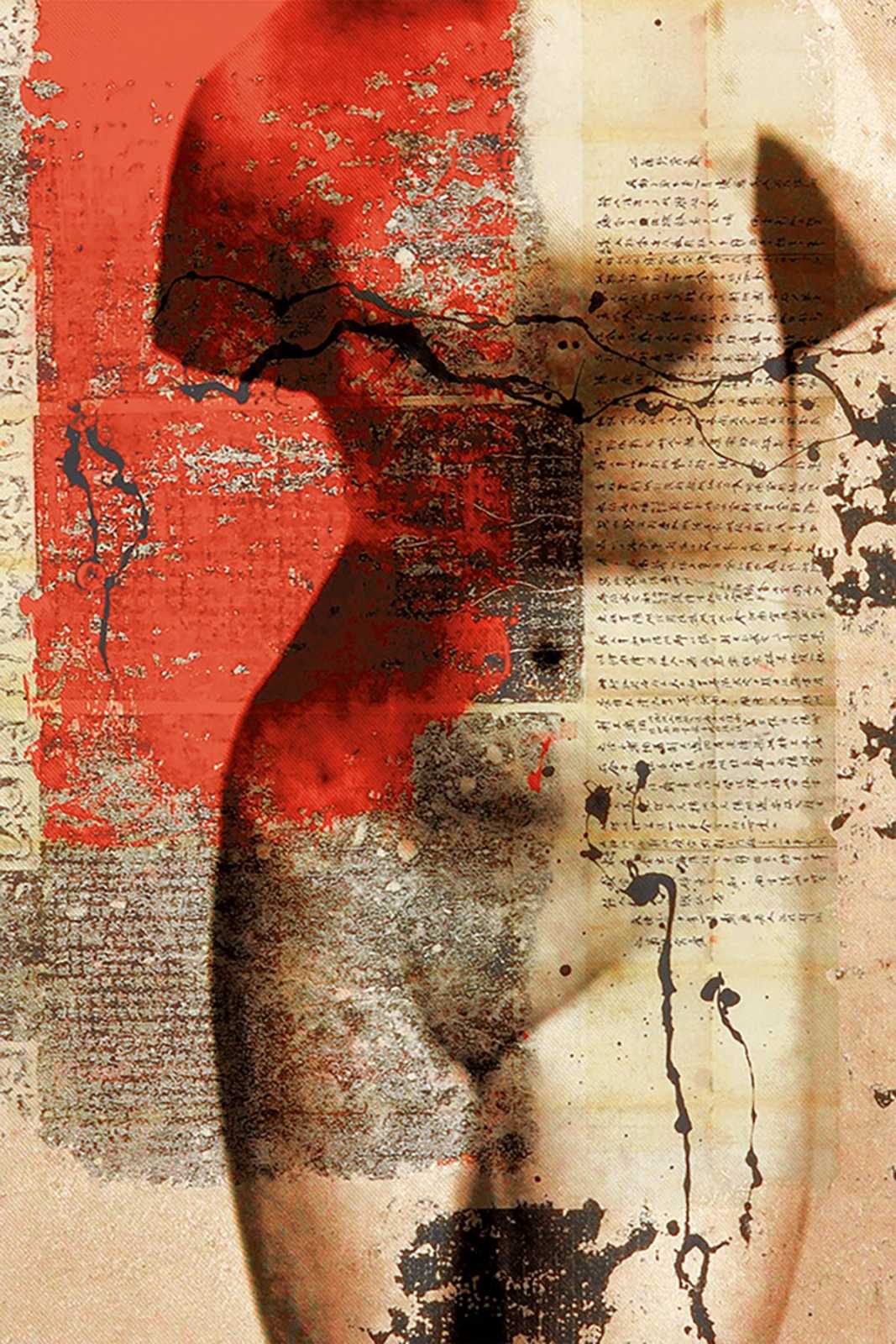 poetry, philosophy, and art. Always working in collage has ensured that she would not be limited, but would draw on her strength as a synthesizer of ideas. While she admits that she thinks abstractly, indeed often in metaphor, her work is never entirely non-objective. Rather, it is filled with cues and layers. It always has enough negative space, in every real and imagined dimension, to allow us to do some of that web-weaving on our own, too.

Guyon’s reputation is well-established in the traditional art market; the list of collections with her

work is long and impressive. Yet much about that market changed in 2008. Faced with forces beyond her control, but also with the fact that a creative career knows no end, Guyon began to find 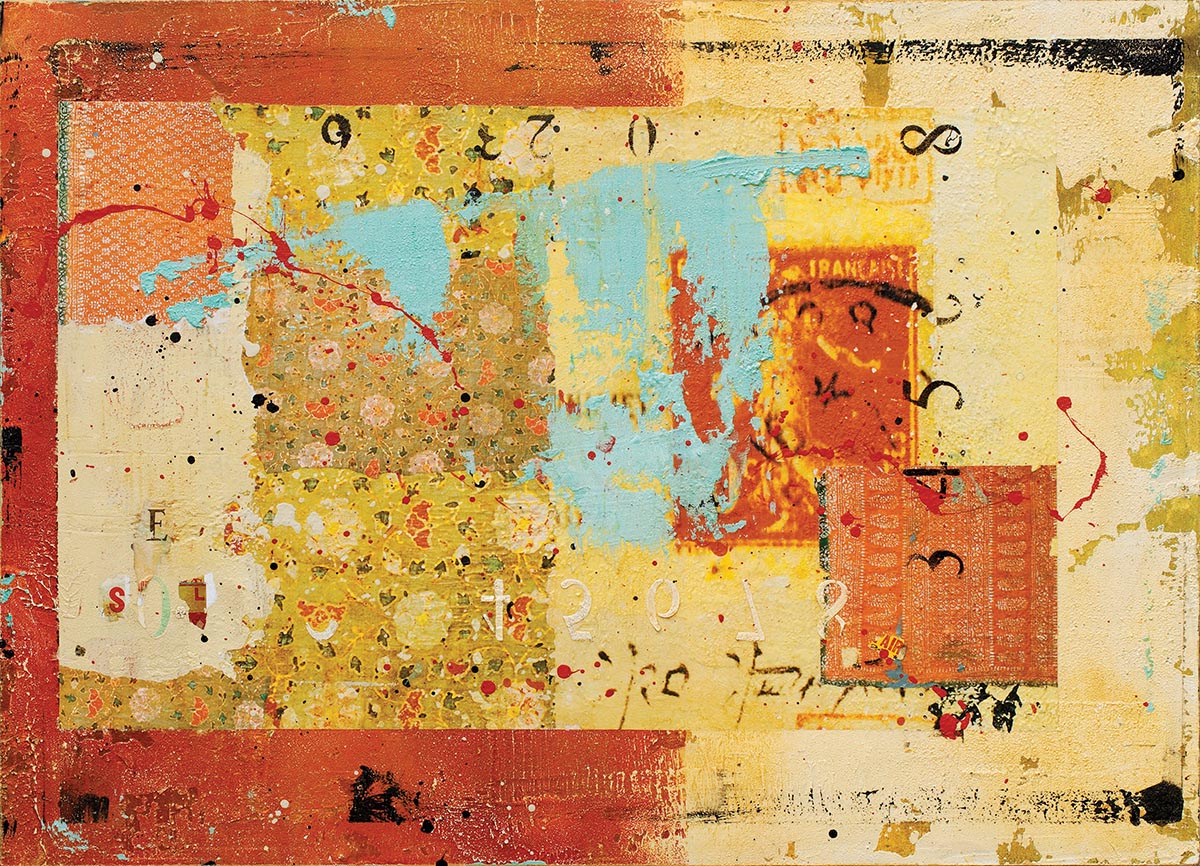 new purposes in her art. She invested in her local community in Lexington, Kentucky, and increasingly has become involved in public art projects. Having established herself in one realm of the art world, she is now making a name for herself in yet another one. Ron York of York & Friends Fine Art has had great insight in bringing her work and vision to the Nashville market, that we locals might see it in person. He also presents an opportunity to collect privately an artist whose focus is becoming increasingly public.

Works from her series Letters Not Sent feature a postmark. Pieces of the same one shift in size, orientation, and placement as a unifier of several works. The first, of the same title and pictured nearby, she says “is about finding your voice.” A large swath of dark pigment consumes the center of the composition, broken somewhat abruptly by the word “ART.” The stamp is obscured, as are a series of numbers at the base, again more discernable on the right than left, faintly indicating a progression, a story. English as a Second Language is the last in the series. The eye moves around it to register numbers, Middle Eastern and East Asian patterns, and that same postmark, but the work is not about immigration, assimilation, or anything so political. It is about the first language, a universal one: love.

Having grown up in New York City, around much cultural, linguistic, and ethnic diversity, Guyon says, made her a “person of the world.” Her art often incorporates text from various languages and images together in a symbiotic manner. In her collages, the balance of these two, often competing, artistic outputs of the written word and visual art acts as a metaphor for the way that she seeks to bring the divisors of humans into harmony through art. On Ancestor Letters from the series Tattoo, a Greco-Roman sculptural fragment is overlaid with Chinese text. East and West come together abstractly and in different forms, referencing the tradition of reverence for elders in one and the physical presence of the ancient in the other.

All of the collages in this Tattoo series feature classical sculptures, drawn from examples in the Metropolitan Museum of Art. The tattoos referenced are largely metaphorical; as Guyon says, “life tattoos us.” This series came to her a few years ago as she was ruminating on the story of King Leonidas and, more broadly, on kingship, leadership, power, and empowerment. It was in these works that I realized Guyon’s reckoning of time is not exactly linear. 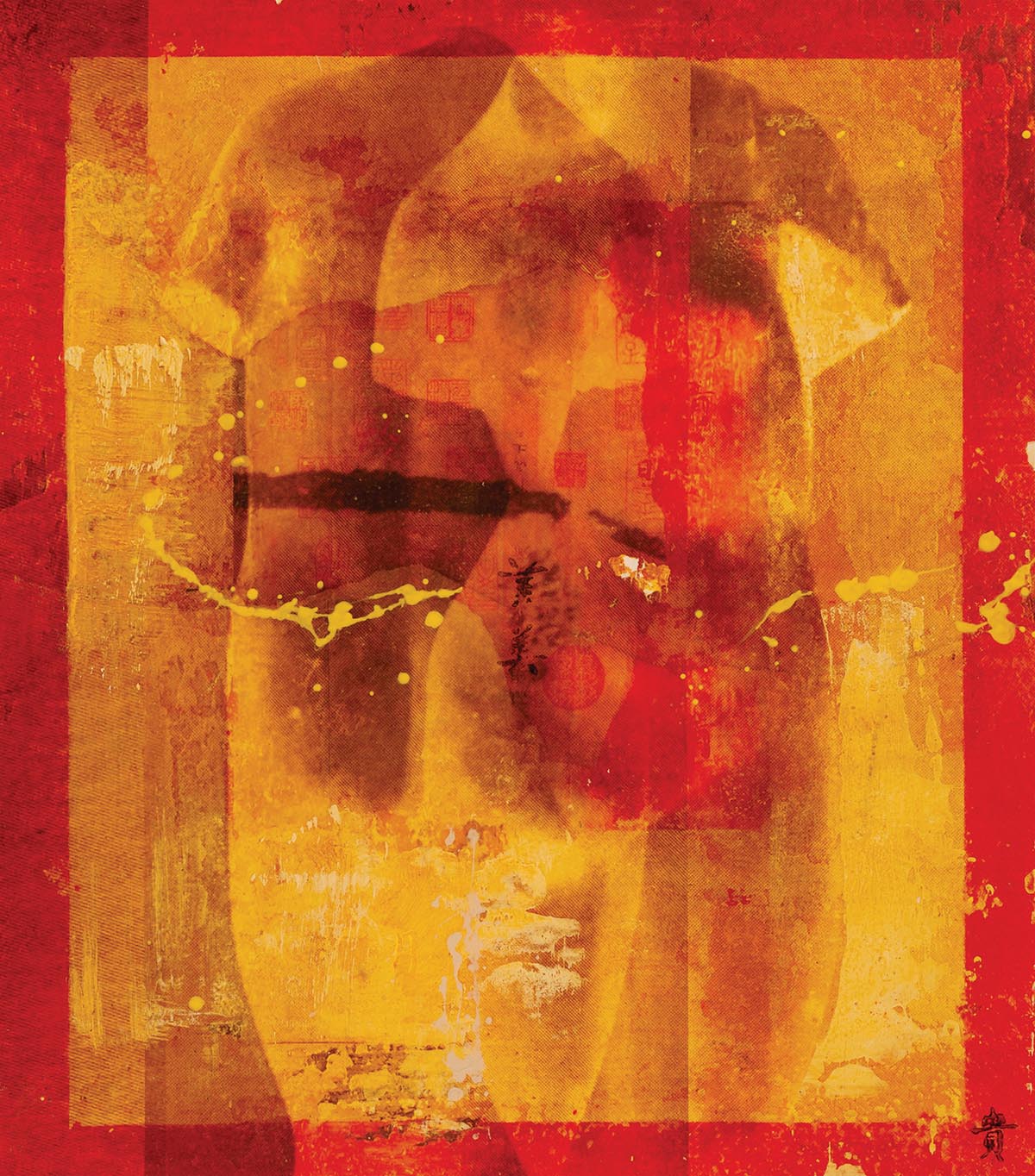 Her interest lies “in what endures” and in discovering what it is to “be ancient” [in spirit, that is] in “a new country” [America]. Her art is of our era, but tradition features strongly in it. The figures in this series point us to encountering ancient art and to feeling small in the scale of the world’s timeline. In other works, Guyon uses physical rather than chronological scale to tap into viewers’ sense of the enduring and of human connection over borders and through time.

Guyon’s art is at once accessibly abstract and highly intellectual. It rewards both the casual observer and the contemplative art appreciator. And, truly, it is full of integrity. Her wizardry is in using art to transform the spirit of a place. It is in using “art as a path of how it might be possible to think and see.” Ever the optimist, Guyon, through her collages, gives us new eyes on our history and on each other, helping us envision not so much what is, but what can be.